Accessibility links
Weiner's Own Words: Saying One Thing, Doing Another? : The Two-Way In high-profile interviews published in 2012 and earlier this year, the former congressman spoke of the "sexting" that led to his 2011 resignation from Congress as being in the past. Tuesday, he admitted that the behavior continued at least well into 2012.

Weiner's Own Words: Saying One Thing, Doing Another?

Weiner's Own Words: Saying One Thing, Doing Another? 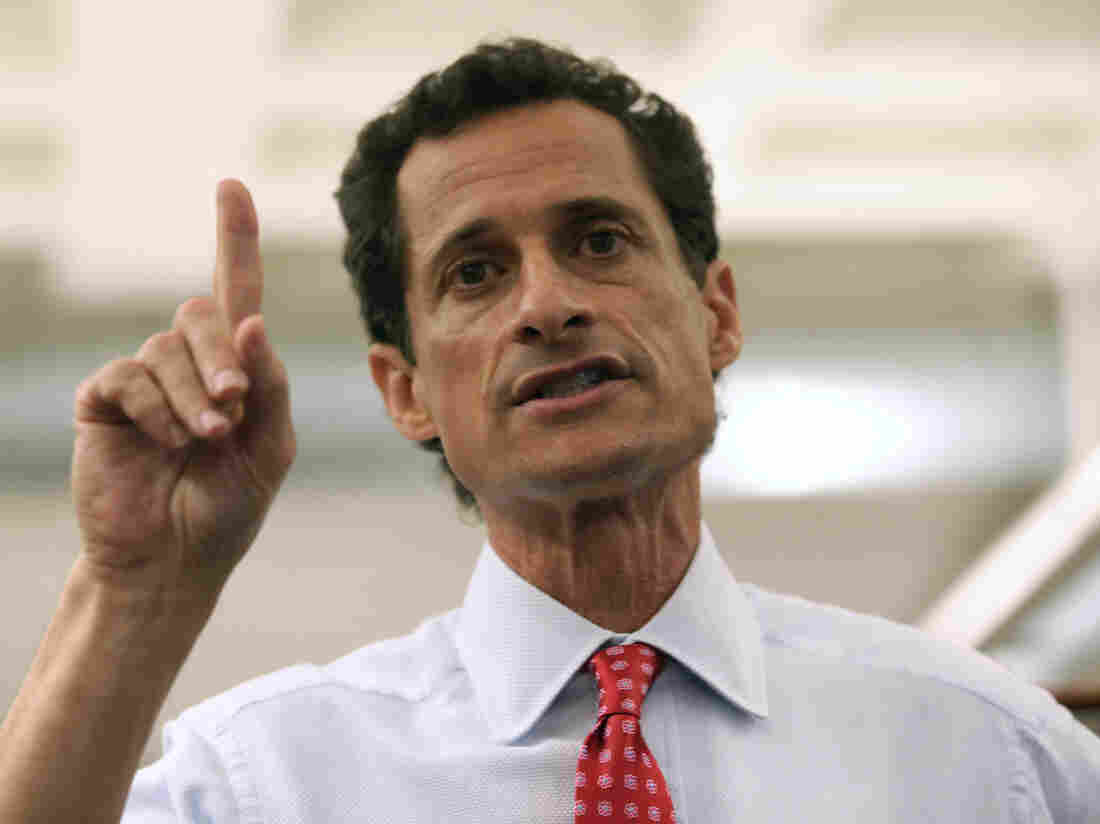 Anthony Weiner during an appearance Tuesday in which he admitted that he had continued to "sext" after resigning from Congress in 2011. John Moore/Getty Images hide caption 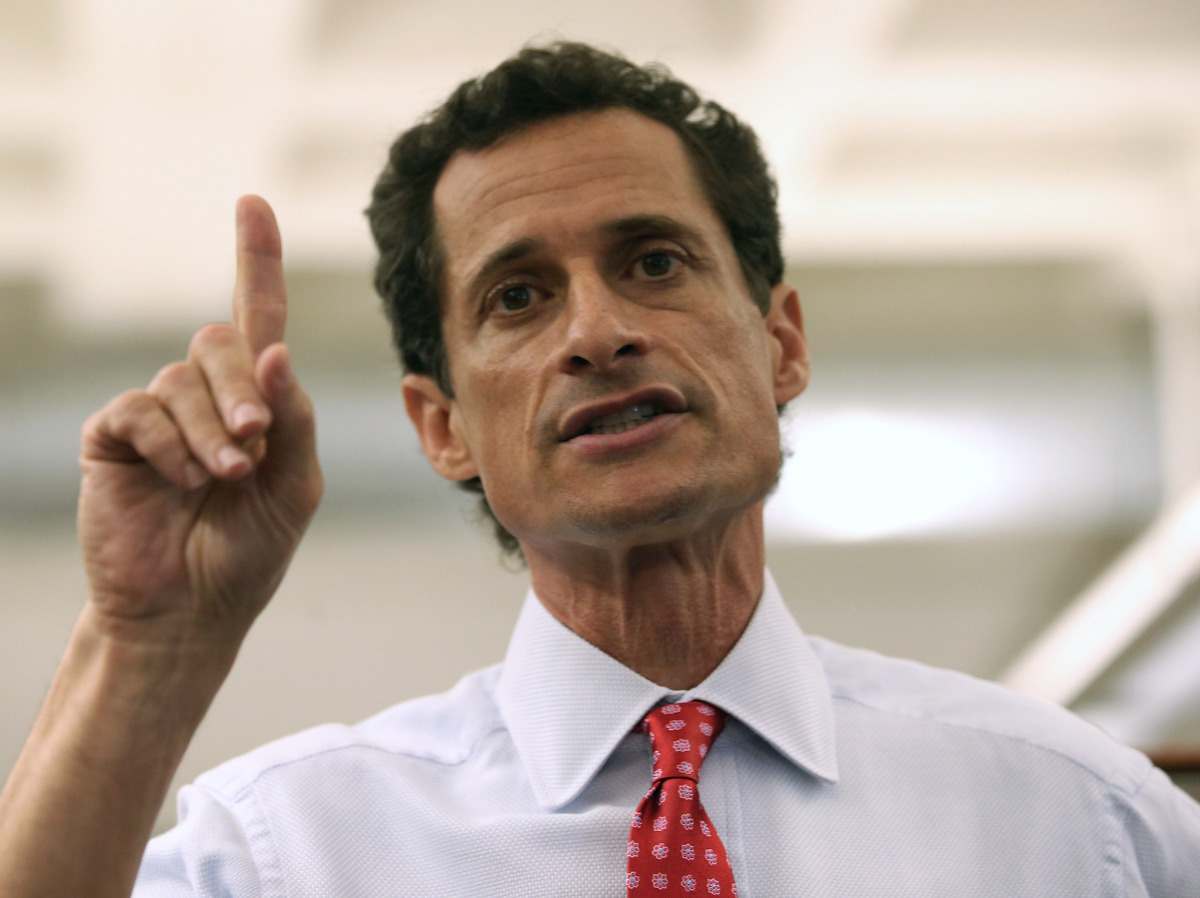 Anthony Weiner during an appearance Tuesday in which he admitted that he had continued to "sext" after resigning from Congress in 2011.

Anthony Weiner, the former congressman who wants to be New York City's next mayor, admitted Tuesday that the same behavior that led to his resignation from Congress in 2011 — trading lewd messages with women — continued into the summer of 2012.

That would be well after his June 16, 2011, announcement that he was leaving Congress — an announcement that included his apology for "the personal mistakes I have made and the embarrassment I have caused ... particularly to my wife, Huma."

Weiner, a Democrat, said Tuesday that the new revelations would not force him to drop out of the mayoral race. And he said the behavior is behind him.

His own words from the recent past, though, show that he has at least implied before that he had given up "sexting" well before he apparently did.

"Today Weiner, 47, says that 'I've had enormous regrets about what I put Huma [his wife] through, how I let my constituents down. But it's not like I sit all day replaying it in my mind. With a baby, it is pretty easy to put things into perspective.' Whether this once-ambitious politician will remain a happy househusband, however, made recent headlines when the New York Post reported that Weiner was speaking with former aides about a run, possibly for New York City mayor. Weiner shoots the rumor down. 'I can't say absolutely that I will never run for public office again, but I'm very happy in my present life.' "

Then, in a high-profile New York Times Magazine profile that appeared in April this year, Weiner spoke in the past tense about his behavior and gave no hint that it had continued after his resignation. Here's an excerpt in which he talks about the sexting that led to his resignation:

"I wasn't really thinking. What does this mean that I'm doing this? Is this risky behavior? Is this smart behavior? To me, it was just another way to feed this notion that I want to be liked and admired."

The Times has heard enough. Its editorial board writes today that, "the serially evasive Mr. Weiner should take his marital troubles and personal compulsions out of the public eye, away from cameras, off the Web and out of the race for mayor of New York City." And it adds that:

"Things are different now, he insists. 'This behavior is behind me,' he said again on Tuesday. He suggested that people should have known that his sexting was an unresolved problem well into 2012.

"That's ridiculous and speaks to a familiar but repellent pattern of misleading and evasion. It's up to Mr. Weiner if he wants to keep running, to count on voters to forgive and forget and hand him the keys to City Hall. But he has already disqualified himself."

Excerpts from the statements that Anthony Weiner and his wife, Huma Abedin, made on Tuesday (July 23, 2013).