Accessibility links
Russia May Soon Let Snowden Leave Airport : The Two-Way Reports from Moscow say "NSA leaker" Edward Snowden has been granted the temporary asylum he's been seeking from Russian authorities. His next step would likely be to get permanent asylum from one of the nations that say they're willing to take him — Boliva, Nicaragua and Venezuela. 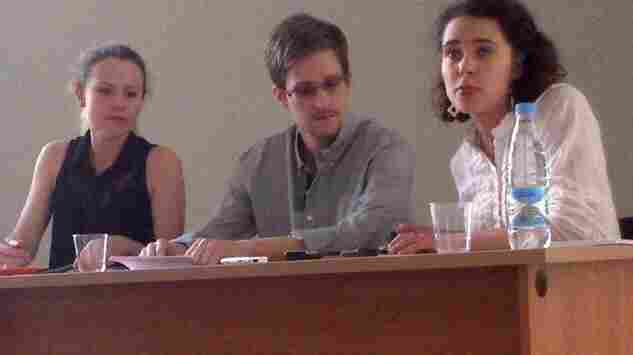 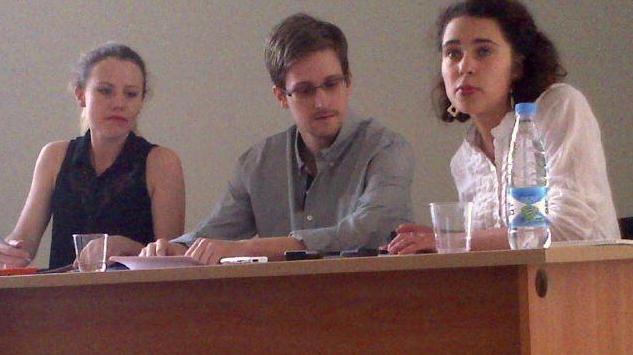 Nothing about where "NSA leaker" Edward Snowden may go next ever seems to be certain. Remember the flurry of excitement about that Aeroflot flight he was supposedly on (but wasn't)?

So it is with a large grain of salt that we pass along these reports:

-- "Russia's Immigration Service has reportedly granted entry permission to NSA whistleblower Edward Snowden, who has been stranded at a Moscow airport since last month. 'The American is currently getting ready to leave. He will be given new clothes. Lawyer Anatoly Kucherena will bring the papers he needs to leave the transit zone of the airport,' says Interfax, citing a source familiar with the situation. The migration service would not immediately confirm the information." (Russia Today)

-- "Former U.S. spy agency contractor Edward Snowden has been granted the papers that will allow him to leave the transit area of a Moscow airport where he is holed up, an airport official said on Wednesday. The official told Reuters that Snowden, who is wanted by the United States for leaking details of U.S. government intelligence programs, would be handed the documents by a lawyer later on Wednesday at Moscow's Sheremetyevo airport." (Reuters)

If these reports turn out to be correct, that would seem to mean that Snowden has been granted the temporary asylum he's been seeking from Russian authorities. His next step, presumably, would be to seek permanent asylum in one of the nations that have said they're willing to take him — Boliva, Nicaragua and Venezuela.

From Moscow, NPR's Corey Flintoff tells our Newscast Desk that "if Snowden is allowed to leave the transit area, it could escalate tensions with the United States. That would free Snowden to visit the embassies of other countries that have offered him asylum. Some analysts have speculated that President Obama might cancel a planned visit to Moscow in September to show U.S. displeasure with such a move by Russia."

As we expected, this isn't a straight-forward story. Corey now tells us that a lawyer who's been working with Snowden says the former NSA contractor won't be leaving the airport on Wednesday. There's still some paper work to do, apparently.