Accessibility links
Royal Baby Gets A Name: George Alexander Louis : The Two-Way By historical standards, this is an expedited naming. In the past, royals have waited weeks to announce a name. 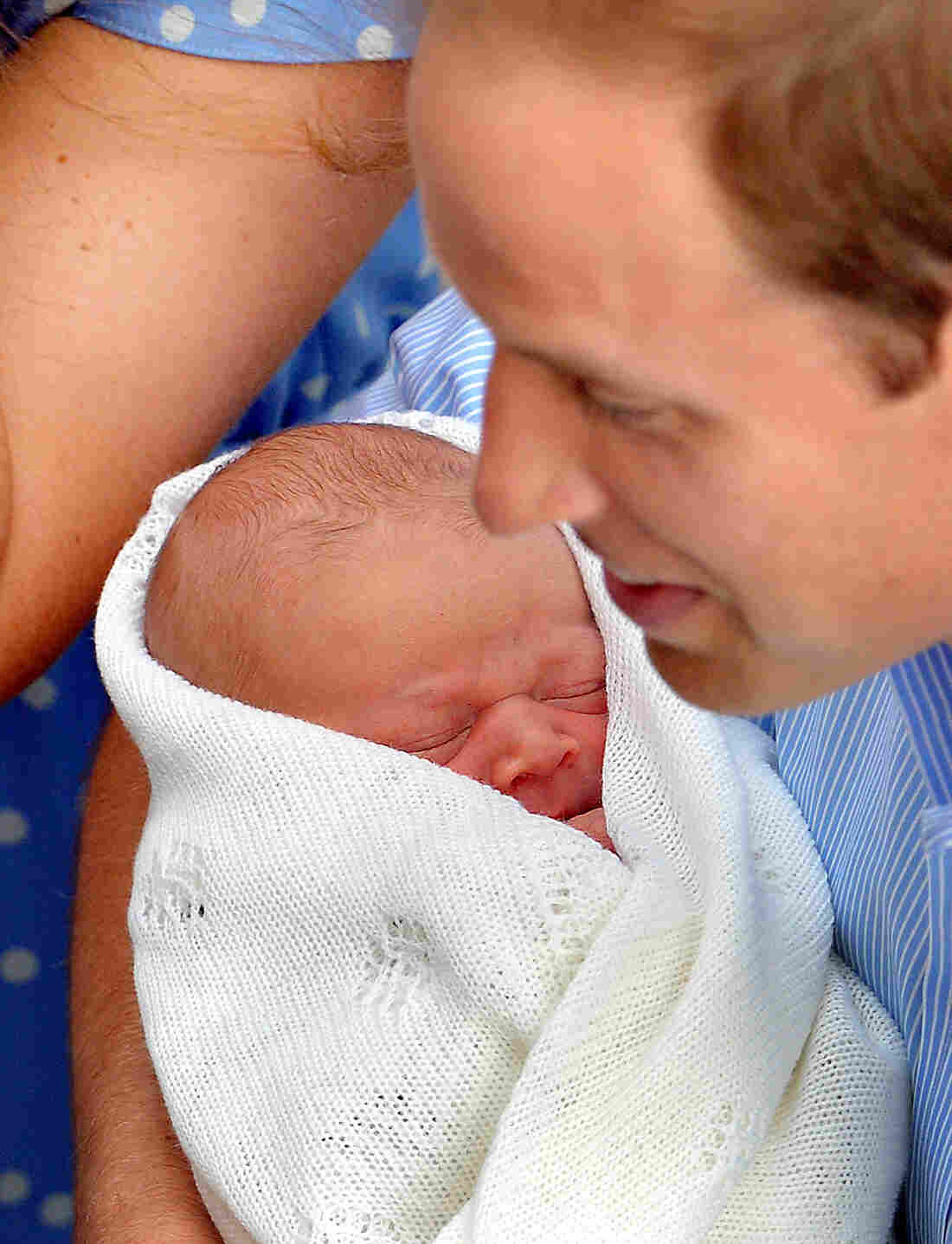 The Duke and Duchess of Cambridge have now named their new baby boy: The third in line for the British throne was given the name George Alexander Louis.

"The baby will be known as His Royal Highness Prince George of Cambridge," the crown said in a press release.

In The Royal Baby Guessing Game, What's The Surname?

By historical standards, this is an expedited naming. In the past, royals have waited weeks to announce a name. Prince Charles' name wasn't known for a month; Prince William's name wasn't made public for seven days.

The BBC reports "George" was the leading contender, according to bookmakers.

"The Duke and Duchess had been expected to pick a traditional royal name for their son, who was born at St Mary's Hospital in London on Monday at 16:24 BST, weighing 8lbs 6oz," the BBC reports.

By the way, Louis is pronounced Lou-EE. But we'll leave it to the pros. Here's how our friend Lakshmi Singh pronounced it during NPR's 3 p.m. Newscast:

The Washington Post's Reliable Source — who obviously have more royal knowledge than we do — tell us about the historical significance of the name:

"George is the name that his great-great-grandfather, George VI, the last king of England, chose to be crowned. (Christened Albert Frederick Arthur George, he typically went by 'Bertie' among friends and family.)

"Alexander, which was polling high among those betting on potential baby names, has older resonance, going back to 13th century kings of Scotland.

"Louis is one of his father's names — Prince William was formally christened William Arthur Philip Louis, in honor of Louis Mountbatten, the earl who was an uncle of Prince Philip and a strong mentor-like influence on the young Prince Charles, who was devastated by his 1979 assassination by the IRA."

This may be the first time this blogger has ever said this: Our readers were wrong.

When Mark asked the brain trust what the the little tyke would be named, 22 percent — or 468 of you — voted for James.