Accessibility links
In First Public Mass In Brazil, Pope Francis Urges Humility, Charity : The Two-Way Francis celebrated mass in the town of Aparecida, where he first cemented his place as a church leader in 2007. After a mob scene on Monday, however, the subtext of today's events was that of security. 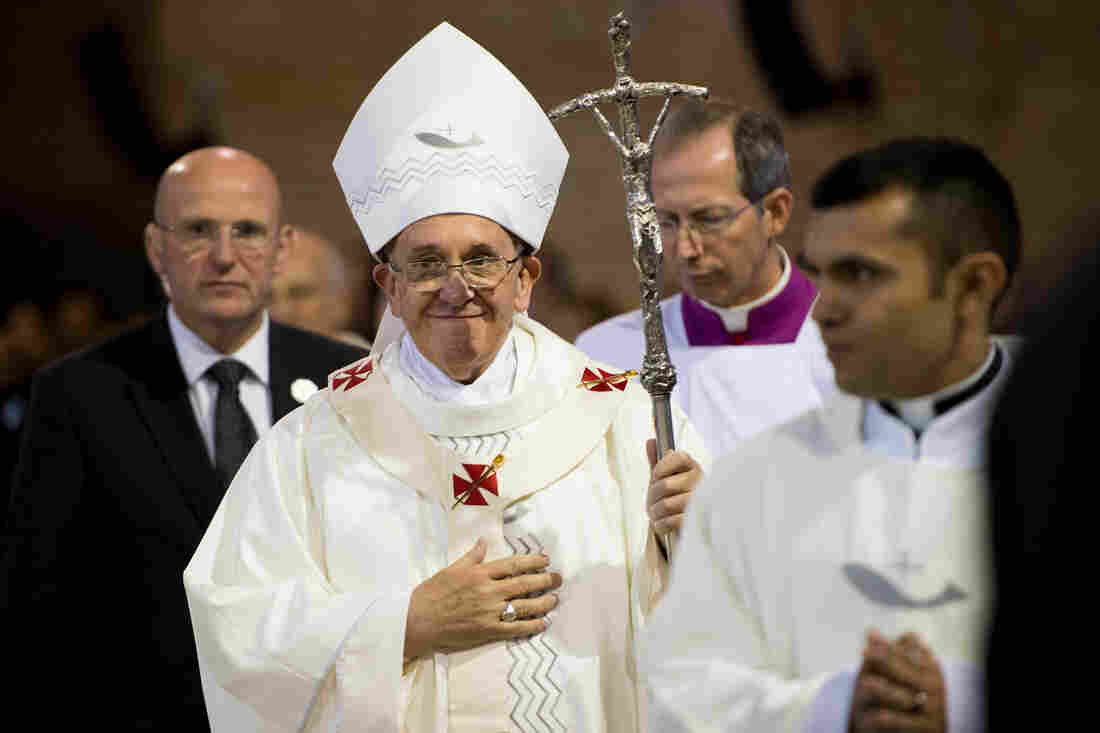 Pope Francis celebrates Mass at the Basilica of the National Shrine of Our Lady Aparecida on Wednesday in Aparecida, Brazil. Buda Mendes/Getty Images hide caption 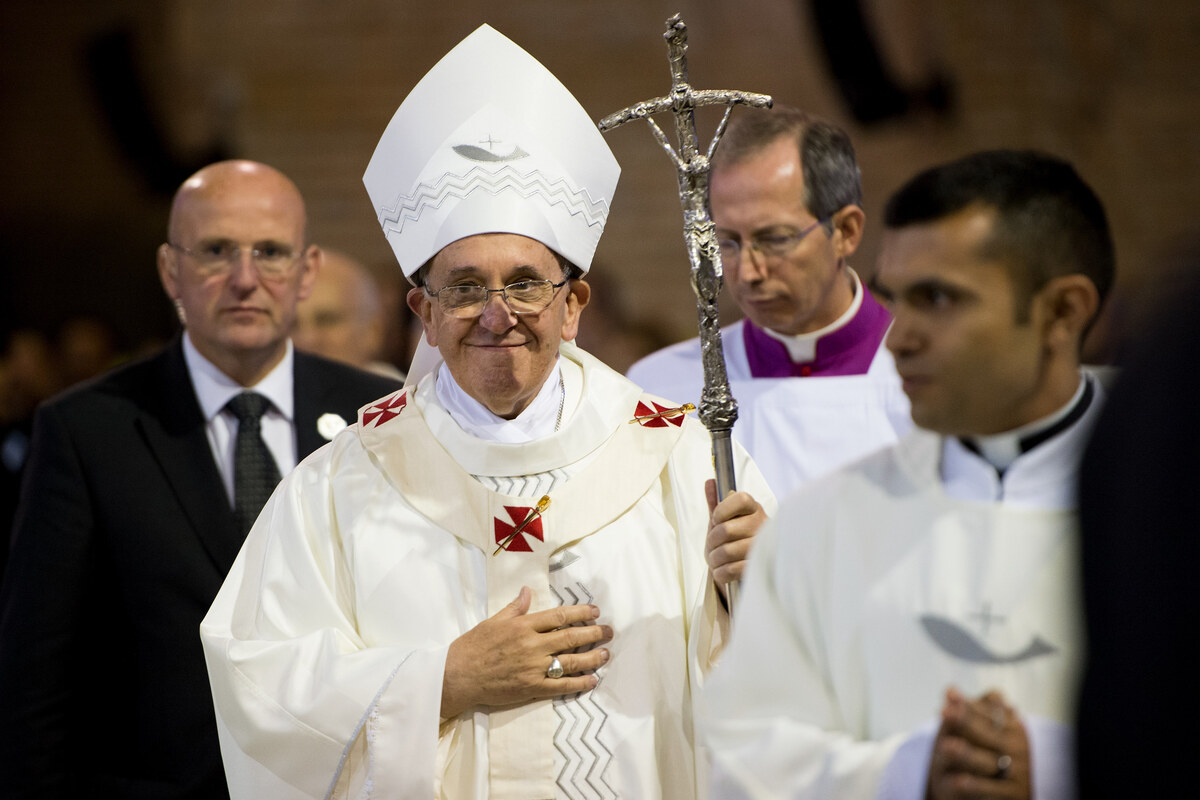 Pope Francis celebrates Mass at the Basilica of the National Shrine of Our Lady Aparecida on Wednesday in Aparecida, Brazil.

Pope Francis continued a whirlwind tour of Brazil today, delivering his first public mass in the town of Aparecida.

As Reuters reports, Francis was given another rapturous welcome during his first trip abroad on the occasion of World Youth Day. The wire service reports he warned young people of modern trappings and continued to preach humility and charity.

"Aparecida is the place where [in 2007] Francis, then known as Cardinal Jorge Mario Bergoglio, authored an influential statement during Benedict's visit that espoused many of the same values he has placed front and center during his five months as pope. The document called on the Church to return to the principles of humility and charity.

"From Aparecida, Francis is scheduled to fly back to Rio and tour a drug treatment ward at a hospital run by Franciscan monks. Later in the week, he will visit a Rio slum, preside over services on Copacabana beach and over the weekend give mass at a pasture outside the city.

"Francis is scheduled to leave Brazil on Sunday."

Francis celebrated mass at the Basilica of the Shrine of Our Lady of Aparecida. The Associated Press reports that it was an emotional service for the 76-year-old pontiff — the first from Latin America. The AP describes the moment he entered the shrine:

"Before the Mass, Francis entered a chapel and solemnly stood, visibly moved, before the 15-inch-tall image of the Virgin of Aparecida, the 'black Mary' and patron saint of Brazil.

"Francis paused before the statue in deep prayer, his eyes tearing up as he breathed heavily. He touched the frame holding the statue and made the sign of the cross as a small group of prelates behind him applauded.

"It was a deeply personal moment for this pontiff, who has entrusted his papacy to the Virgin Mary and, who like many Catholics in Latin America, places great importance in Marian devotion."

Of course, the subtext of today's action has been security. When Pope Francis arrived on Monday, he drove into Rio de Janeiro from the airport in a simple hatchback. According to Fox News Latino, his driver took a wrong turn and the car was mobbed by admirers.

U.S. Cardinal Timothy Dolan told Fox that while Francis' message of going out to the street in service is important, security has to be tighter.

"I love him and I don't want another conclave. We just finished one so we don't need him to be hurt at all," Dolan said.

On Tuesday, Vatican officials called a meeting with Brazilian officials, and they decided on a more conservative approach to papal travel.

"On Wednesday, Francis will use only the closed car when he travels in Rio to a hospital to meet with patients, rather than switch to the open-air car midway through as had been planned," Fox reports.