Accessibility links
In Closing Arguments, Prosecutors Portray Manning As Reckless : The Two-Way At issue is whether Pfc. Bradley Manning knowingly provided intelligence to enemies of the U.S. The aiding-the-enemy charge is punishable by life in prison. 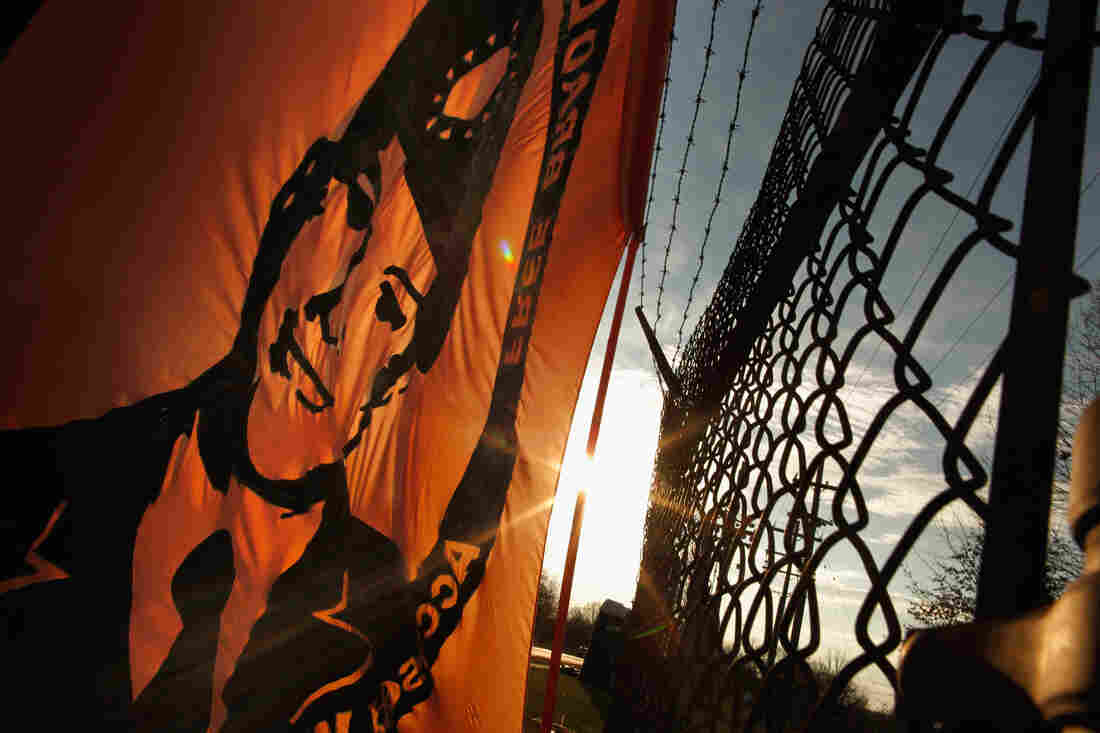 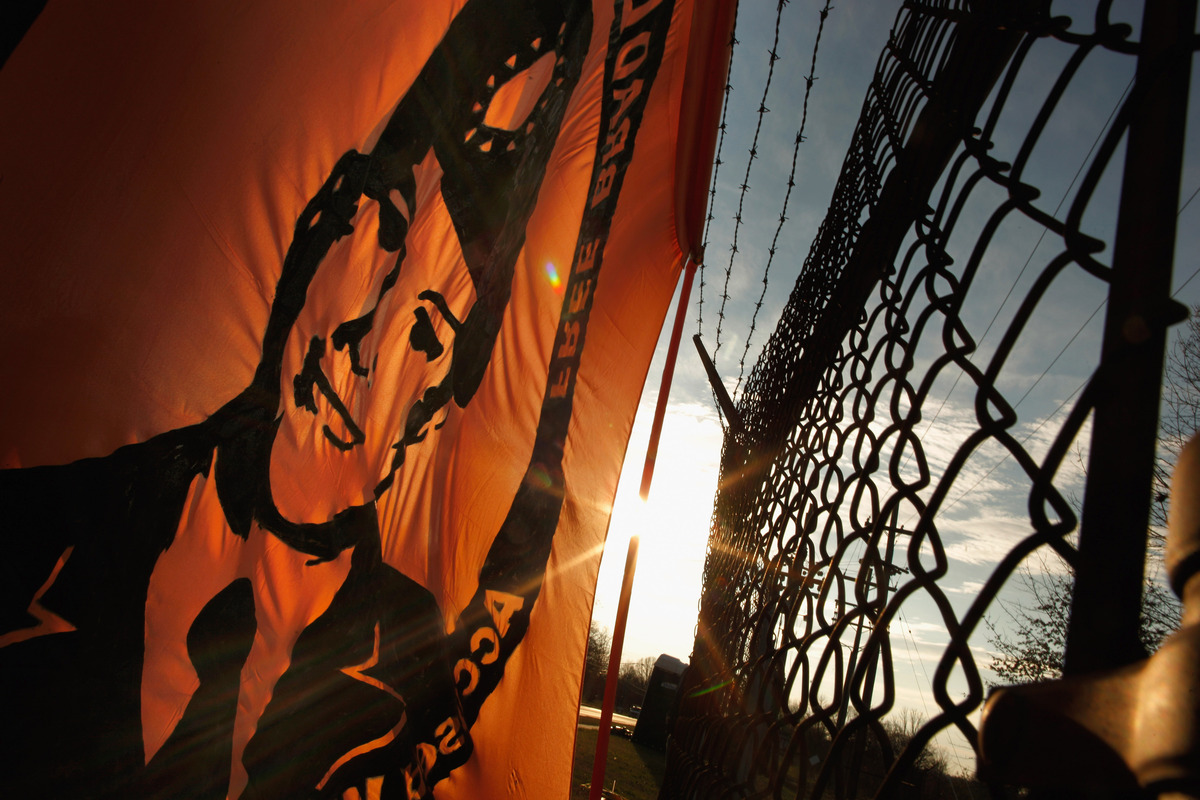 Supporters of U.S. Army Pfc. Bradley Manning attach banners to the perimeter fence of Fort Meade in Maryland, where Manning is facing a military trial.

Pfc. Bradley Manning acted recklessly when he released a massive cache of classified information, prosecutors said during closing arguments at his military trial in Fort Meade in Maryland today.

"WikiLeaks was merely the platform that Pfc. Manning used to make sure all the information was available to the world, including the enemies of the United States," Maj. Ashden Fein said according to The Los Angeles Times. "Pfc. Manning deliberately disclosed compromised information to the world."

Manning, if you remember, has already admitted that he perpetrated the largest leak of classified information in the history of the United States. But he has denied the most serious charge he's faced with: aiding the enemy, a charge punishable by life in prison. At issue is whether Manning knowingly provided intelligence to enemies of the U.S.

As The New York Times explains it, Fein was trying to distinguish Manning from other leakers. Manning, Fein argued, didn't leak information to traditional news outlets like The Times or The Washington Post. Instead, he said, Manning chose WikiLeaks because it ensured the information would get out "to the world in exactly the form they would receive it."

"As the trial has moved toward its conclusion, the more philosophical questions confronting [Col. Denise Lind] are re-emerging center stage — including whether WikiLeaks played a journalistic role and whether providing information to the anti-secrecy group was any different, for legal purposes, from providing it to a traditional news outlet.

"Critics of the case have warned that a conviction on the aiding-the-enemy charge would establish the government's theory on which it is based — that giving information to an organization that publishes it online is the same as giving it to an enemy — as precedent in leak cases."

NBC News reports the defense may begin delivering its closing arguments later today. Manning's lawyers have portrayed him "as well-intentioned but young and naive."

If you're looking for more background on the case, we've put together a shortish guide to understanding the case.