Accessibility links
Military Judge Will Likely Announce Manning Verdict Tuesday : The Two-Way Army Pfc. Bradley Manning is accused of perpetrating the biggest leak of classified information in the history of the United States. Manning has been in military custody since May 2010. 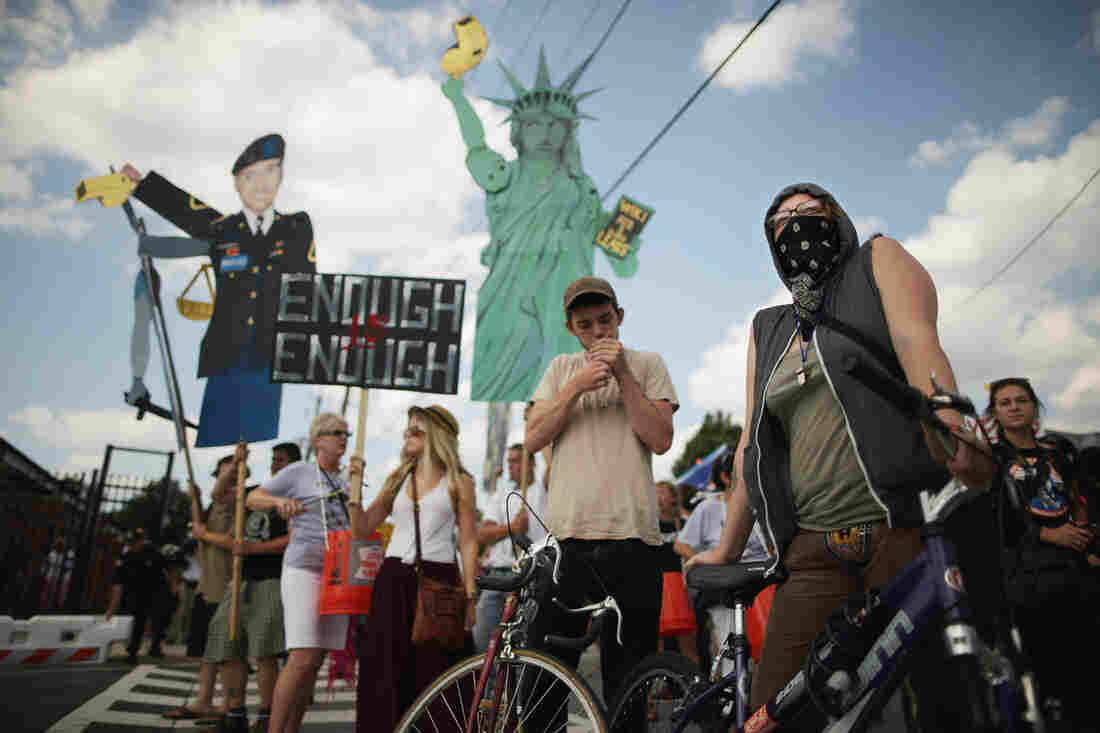 Supporters of U.S. Army Pfc. Bradley Manning protest his detention by marching around the perimeter and blocking the gates of Fort McNair in Washington, D.C., on the final day of closing arguments in his military trial Friday. Chip Somodevilla/Getty Images hide caption 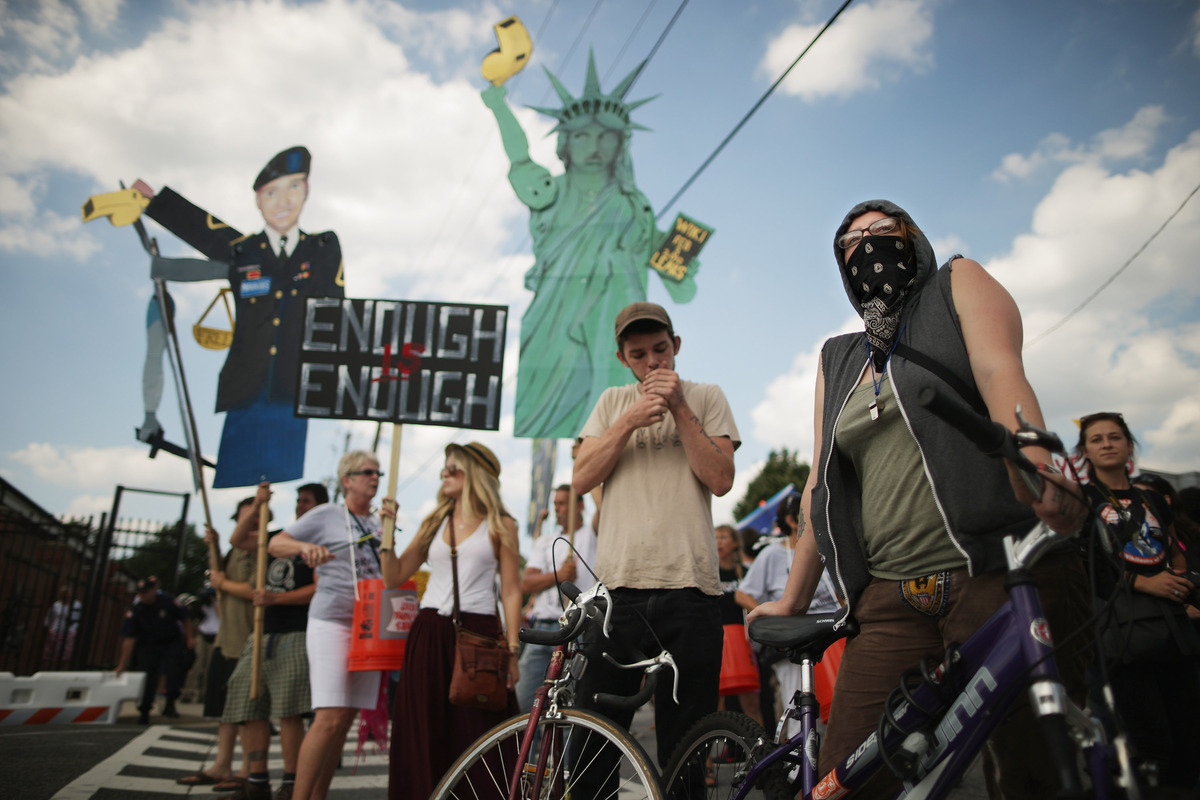 Supporters of U.S. Army Pfc. Bradley Manning protest his detention by marching around the perimeter and blocking the gates of Fort McNair in Washington, D.C., on the final day of closing arguments in his military trial Friday.

The military judge presiding over the case of Bradley Manning will likely hand down her verdict on Tuesday.

Manning is accused of perpetrating the biggest leak of classified information in the history of the United States. Col. Denise Lind has been deliberating since Friday. The Guardian reports:

"In the course of the eight-week trial, which ended on Friday, the US government sought to create a new precedent by arguing that Manning knew he was helping al-Qaida when he released more than 700,000 documents to the anti-secrecy website.

"The verdict will be issued at 1pm ET by Lind sitting alone in the courtroom at Fort Meade, Maryland, in the absence of a jury – an arrangement made at Manning's own request. The soldier's decision to put his faith in a military judge, rather than in a panel of his peers – the military equivalent of a jury – was a big legal gamble whose merits will become clear when the verdict comes in.

"In another huge legal roll of the dice, Manning decided to plead guilty to a lesser version of 10 of the 21 counts of which he is accused, carrying a possible maximum sentence of 20 years in military jail. He did so with nothing in return in the form of a plea bargain, a highly unusual step in criminal proceedings."

As we've reported, Manning has denied the most serious charge he's faced with: aiding the enemy, a charge punishable by life in prison. At issue is whether Manning knowingly provided intelligence to enemies of the U.S.

The government argued that when Manning released information to WikiLeaks — instead of traditional news outlets — it was because he wanted the data to be available in an indiscriminate manner. The defense argued that Manning was a naive whistle-blower who wanted the information he leaked to spark a national discussion about war and diplomacy.

If the verdict is guilty, don't expect this to go away anytime soon. U.S. News reports Manning's case could remain in the courts for years. It reports on what's next if a guilty verdict is announced:

"They then proceed to the sentencing phase where the judge will issue punishment. For Manning this could be life in prison.

"It is then passed to a post-trial phase, in which the convening authority reviews the case. In this instance, that's the commander of the military district of D.C.