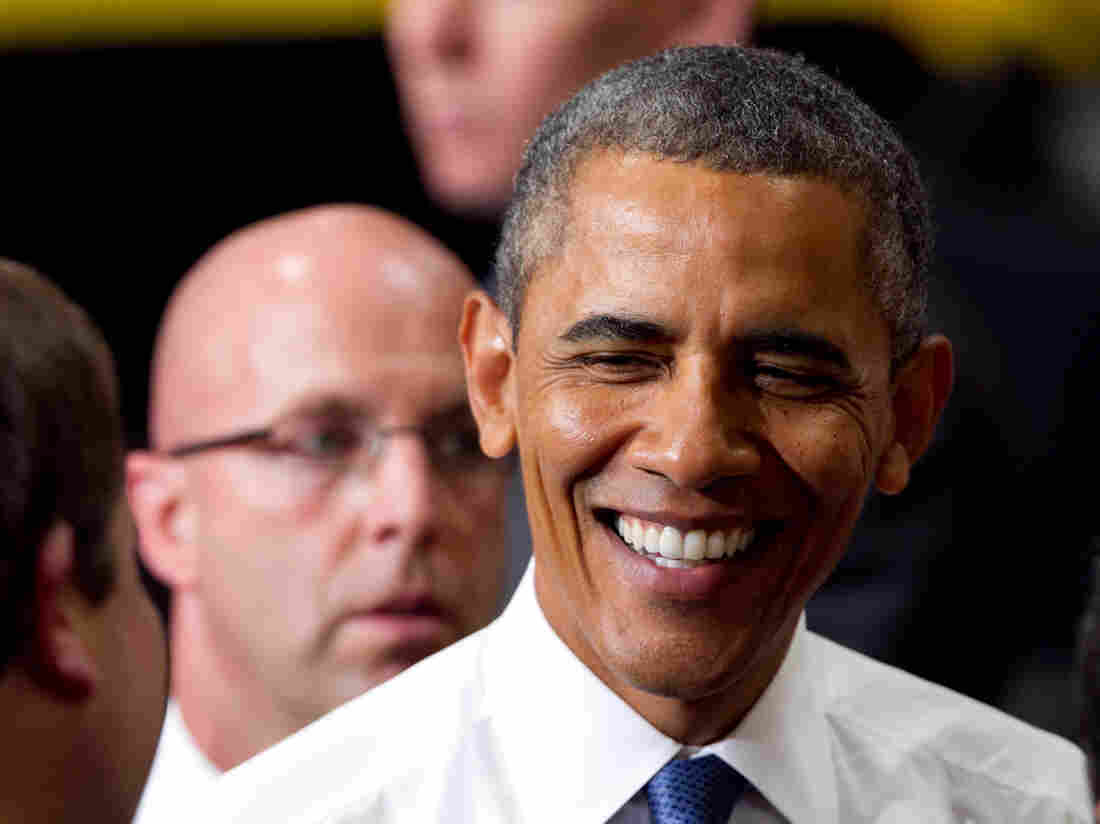 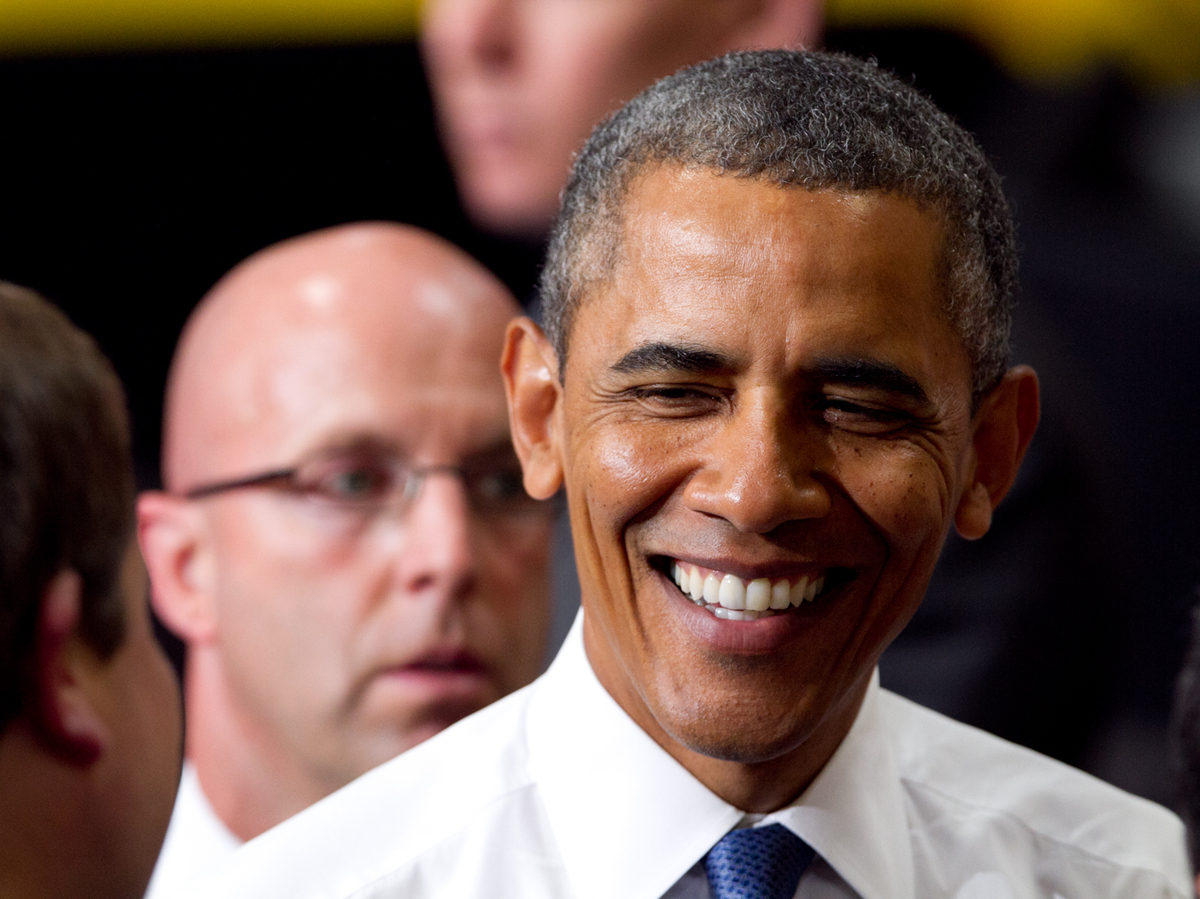 President Obama greets people after making a speech about the economy and jobs Tuesday at an Amazon Fulfillment Center in Chattanooga, Tenn.