Accessibility links
Kerry Says U.S. Plans To Stop Drone Strikes In Pakistan : The Two-Way Secretary of State John Kerry said the White House hopes to end the program "very, very soon" because the U.S. has "eliminated most of the threat." 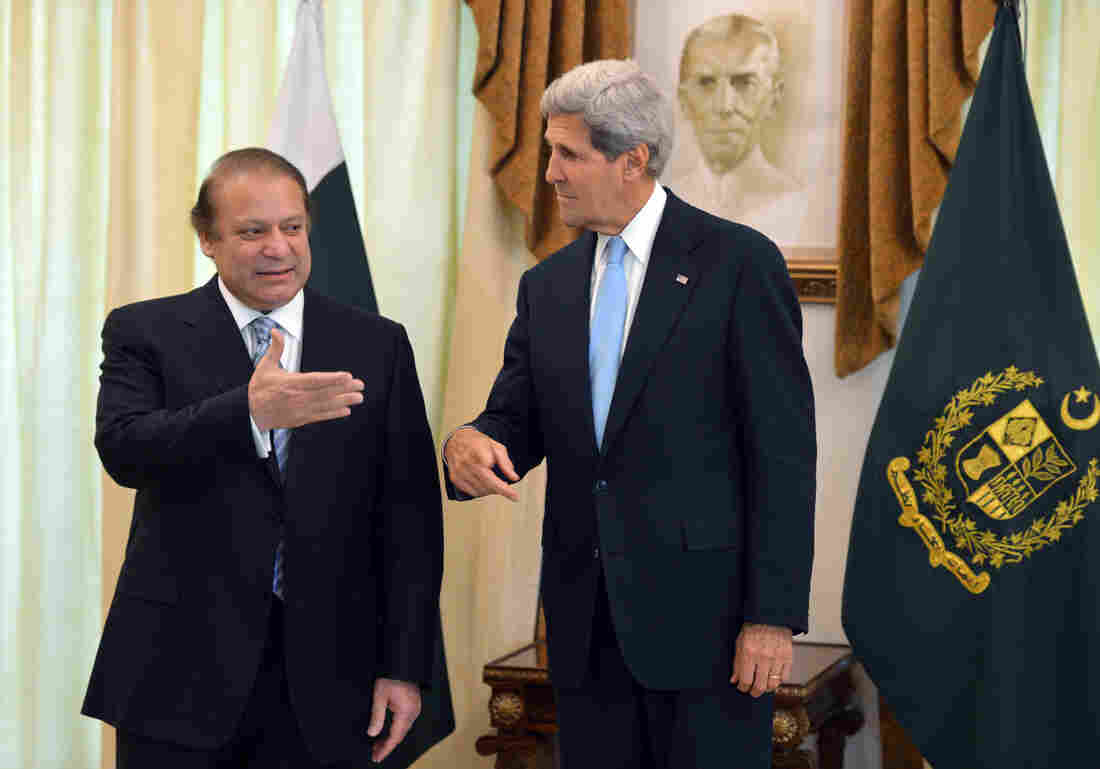 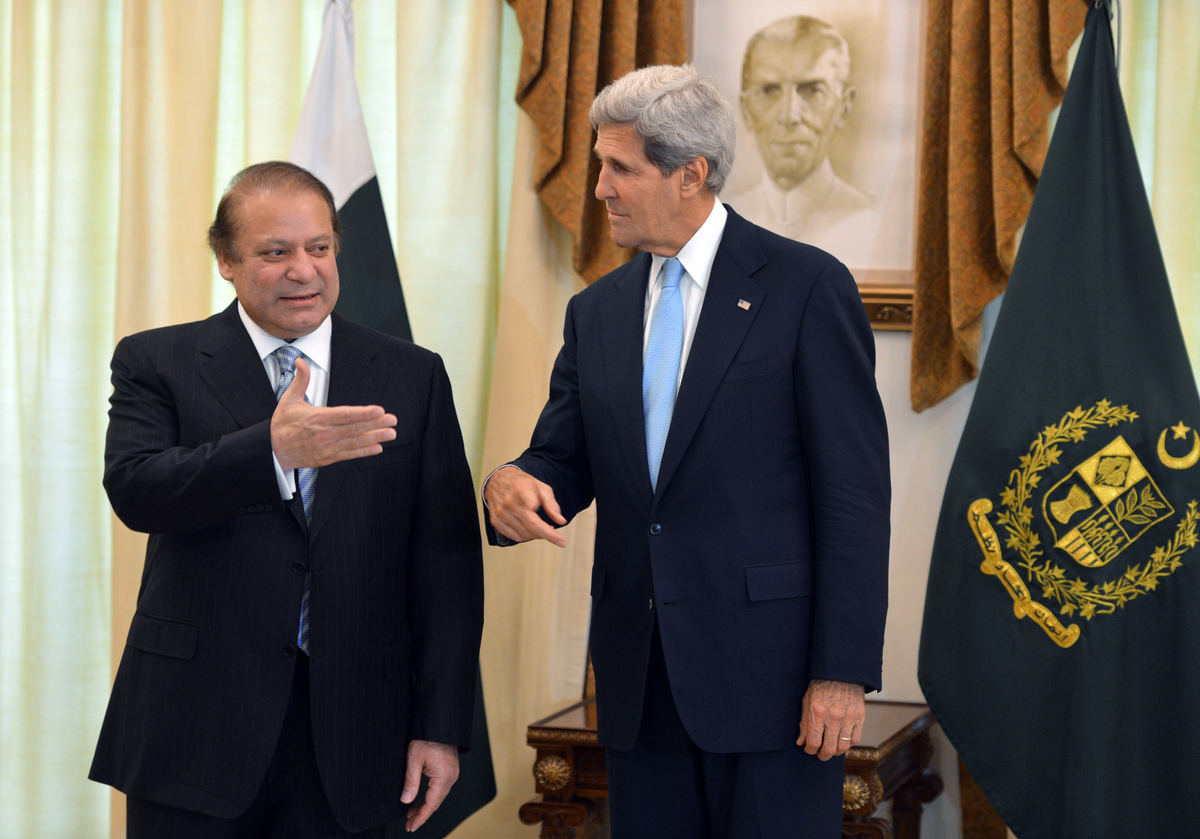 "The program will end as we have eliminated most of the threat and continue to eliminate it," Kerry told Pakistan TV. "I think the president has a very real timeline and we hope it's going to be very, very soon."

Drones strikes have been a major sticking point in relations between the United States and Pakistan. Until the United States issued a carefully worded apology over a NATO airstrike that killed 24 Pakistani troops, the country had closed an important military supply line into Afghanistan.

In a lot of ways, this statement from Kerry on his first trip to Pakistan as secretary of state and the first since Nawaz Sharif was elected prime minister, echoes what President Obama said during a major policy speech in May, where he said he would limit the strikes.

Bloomberg reports Kerry's visit is aimed at sending a message that the U.S. wants to repair ties. The wire service adds:

"Sharif has been critical of the U.S. policy of attacking high-value terrorist targets in Pakistan's tribal northwest using drones and vowed to stop them during his successful election campaign.

" 'We also shared our concerns on the drone strikes, which Pakistan not only considers as violation of our sovereignty but also counterproductive as they undermine overall counterterrorism efforts,' [Sartaj Aziz, Sharif's adviser on security issues and foreign affairs] said today."

CBS News reports that Kerry's visit is the first by a U.S. secretary of state since 2011, "a year in which the already frayed ties between the two nations came under tremendous strain following the killing of Osama bin Laden in Abbottabad by U.S. Special Forces."