Accessibility links
Nepal To Clamp Down On Everest Expeditions : The Two-Way The government says it will more closely scrutinize climbing teams following an embarrassing brawl this year between European climbers and their Sherpa guides. 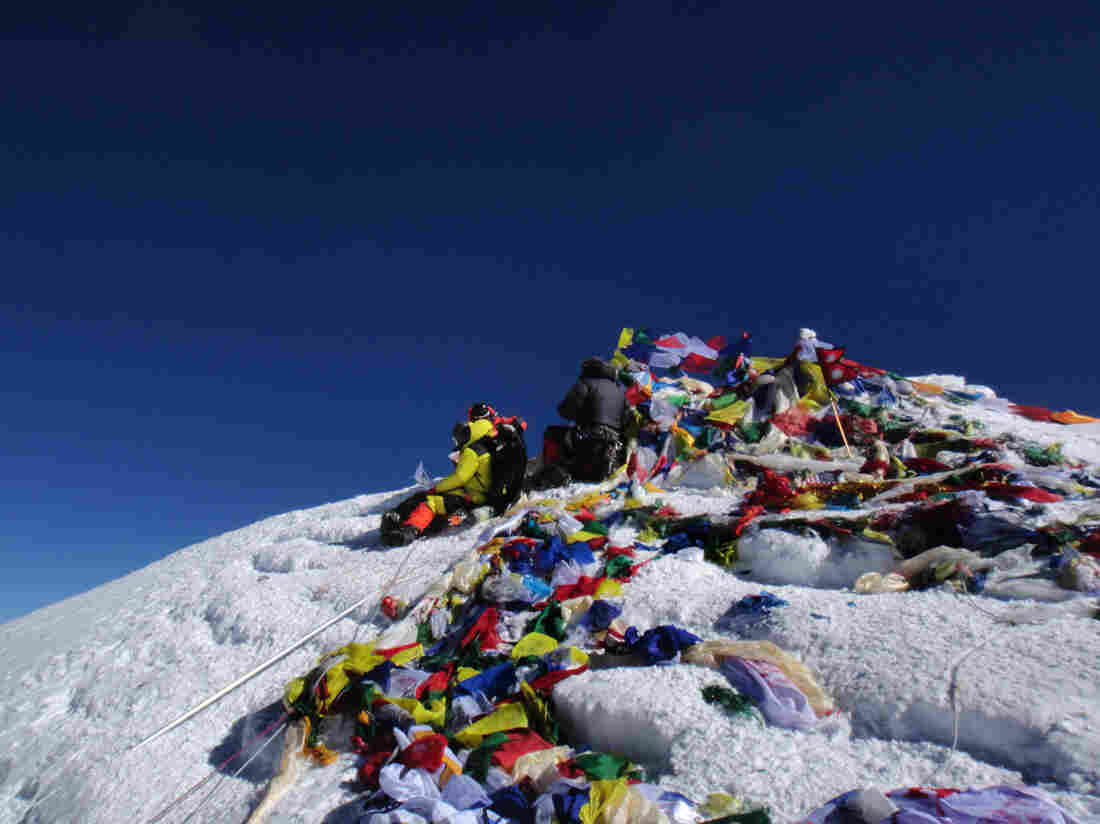 Mountaineers on the summit of Mount Everest in May. AFP/Getty Images hide caption 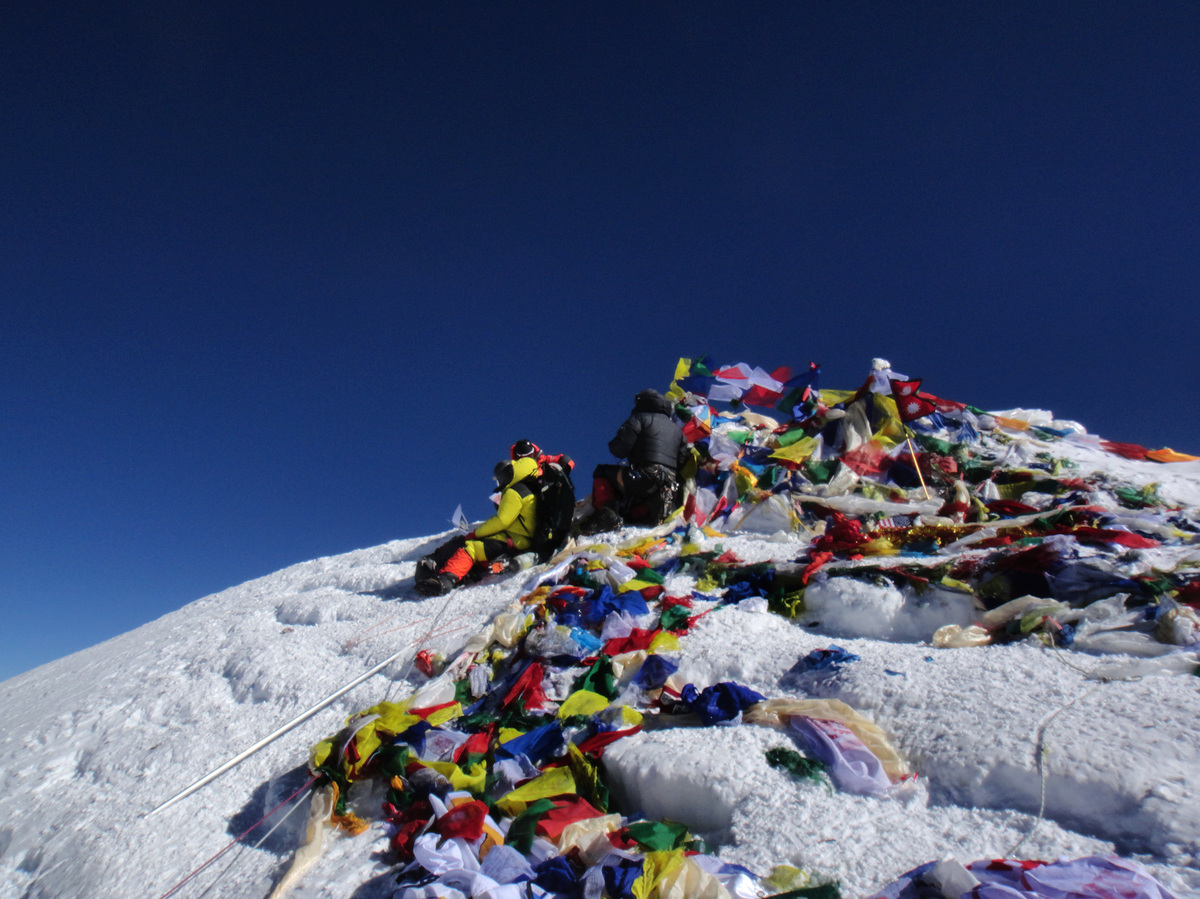 Mountaineers on the summit of Mount Everest in May.

The Nepalese government says it will tightly monitor next year's ascents of Mount Everest after an embarrassing high-altitude brawl in April between a European climbing team and their Sherpa guides.

As we reported at the time of the incident, the violence broke out at Camp Three — at an altitude of 24,500 feet, less than 5,000 feet from the summit — when three European climbers said Sherpas accused them of kicking ice down onto them while the guides were working to set up ropes for the next part of the ascent."

"A dispute ensued, reportedly culminating in a crowd of 100 Sherpas confronting the climbers after they retreated to Camp Two.

"At Camp Two, the climbers say, the Sherpas punched and kicked them, as well as throwing rocks and threatening to kill them if they did not leave the mountain."

In response, the government of Nepal, which issues climbing permits for the most-climbed southeast ridge of Mount Everest, says there's a need for "a permanent government mechanism" to police the mountain, Purna Chandra Bhattarai, chief of the tourism industry division that oversees mountaineering in Nepal, tells the BBC. The mountain attracts hundreds of climbers each year.

"When there is the presence of the government on the ground, the message 'violating the law is punishable' becomes clearer," he says.

According to The Telegraph, Nepalese officials say:

"Mountaineering teams will have to declare beforehand whether they plan to set any new records, amid growing competition to set bizarre milestones, including climbers standing on their heads or 'taking off their clothes while on the summit.'

"Tshering Sherpa, the previous president of the Nepal Mountaineering Association, added that such attempts 'don't bode well for the dignity of Everest, which is a global icon.' "