Accessibility links
Supreme Court Denies California Delay On Prisoner Release : The Two-Way In 2011, the justices ordered the state to release 10,000 inmates to relieve prison overcrowding that they deemed "cruel and unusual punishment". 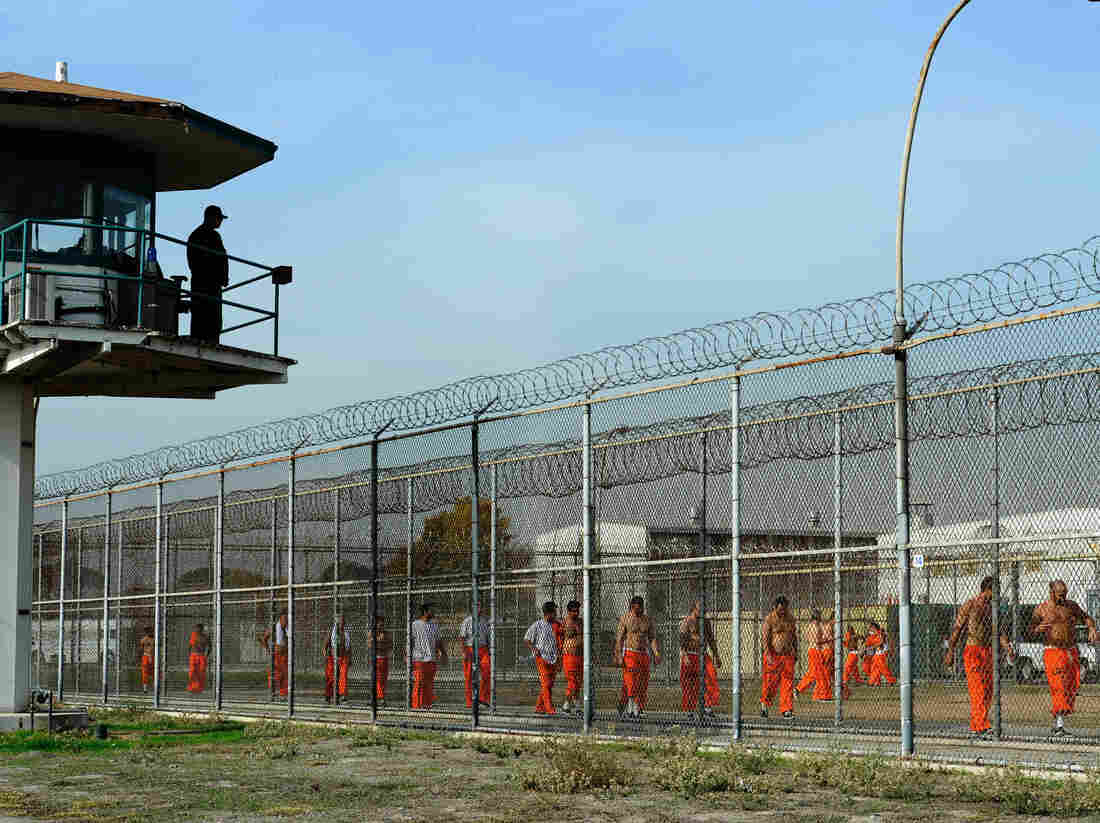 A California Department of Corrections officer looks on as inmates at Chino State Prison exercise in the yard in 2010. Kevork Djansezian/Getty Images hide caption 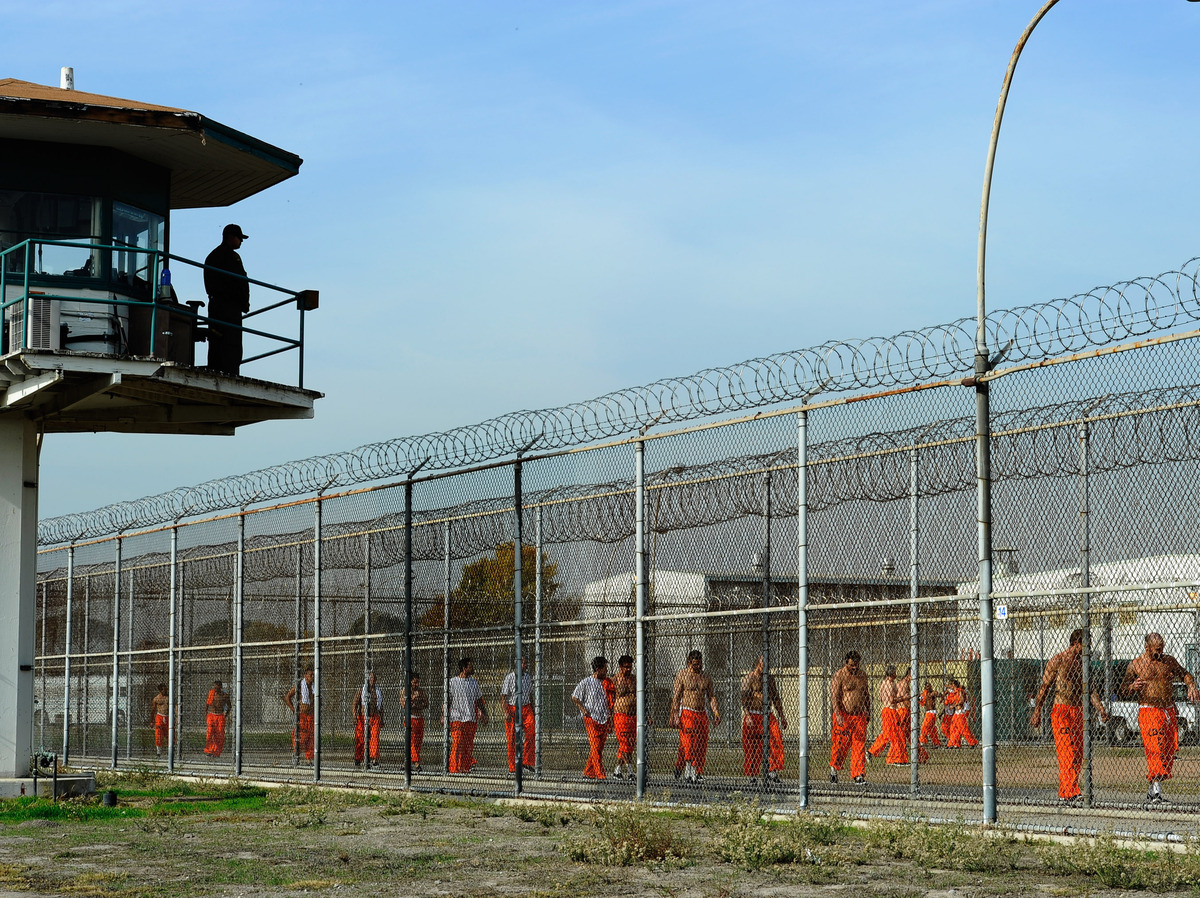 A California Department of Corrections officer looks on as inmates at Chino State Prison exercise in the yard in 2010.

The Supreme Court on Friday refused to grant California an extension on an order issued by the justices more than two years ago for the state to release some 10,000 inmates from its overcrowded prisons.

The high court's original May 2011 ruling held that congested conditions in the California's 33 prisons amounted to cruel and unusual punishment as defined by the Eighth Amendment. The court gave the state two years to comply with an order to free the prisoners and alleviate the overcrowding.

California argued that it had made progress on the problem and should be given more time to comply.

At the time of the original ruling, Justice Antonin Scalia issued a scathing dissent, saying violent criminals would be put back on the streets. Scalia dissented again in Friday's ruling, joined by Justice Clarence Thomas and Samuel Alito.

"... penned a three-page dissent decrying both the court's original decision and its refusal to reverse it now. While the court held out hope for the state two years ago, he said, it refused to follow through on its offer of possible revisions.

'It appears to have become a standard ploy, when this court vastly expands the Power of the Black Robe, to hint at limitations that make it seem not so bad,' Scalia wrote. 'Comes the moment of truth, the hinted-at limitation proves a sham.'"