Accessibility links
The New York Times Co. Agrees To Sell The Boston Globe : The Two-Way The media company said it will sell the newspaper to the principle owner of the Boston Red Sox for $70 million, a fraction of the $1.1 billion it paid two decades ago. 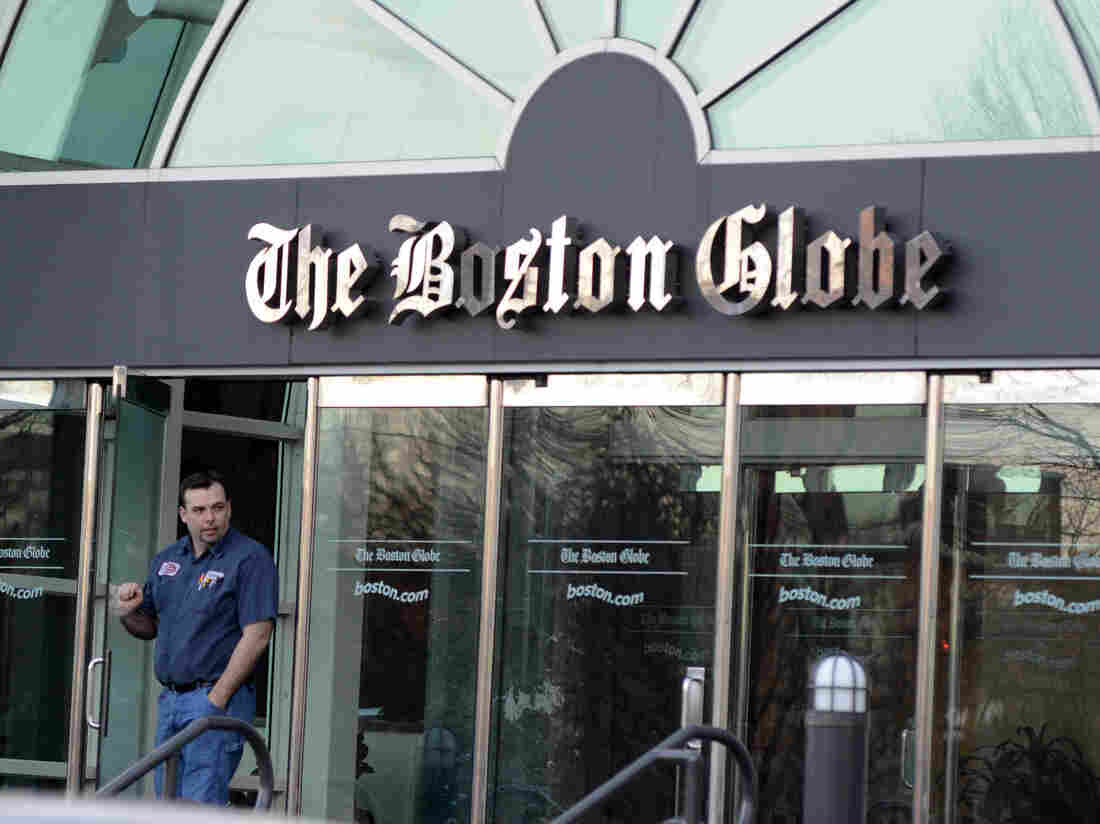 A man walks out of The Boston Globe headquarters on Feb. 20, the day The New York Times Co. said it planned to sell the paper. Darren McCollester/Getty Images hide caption 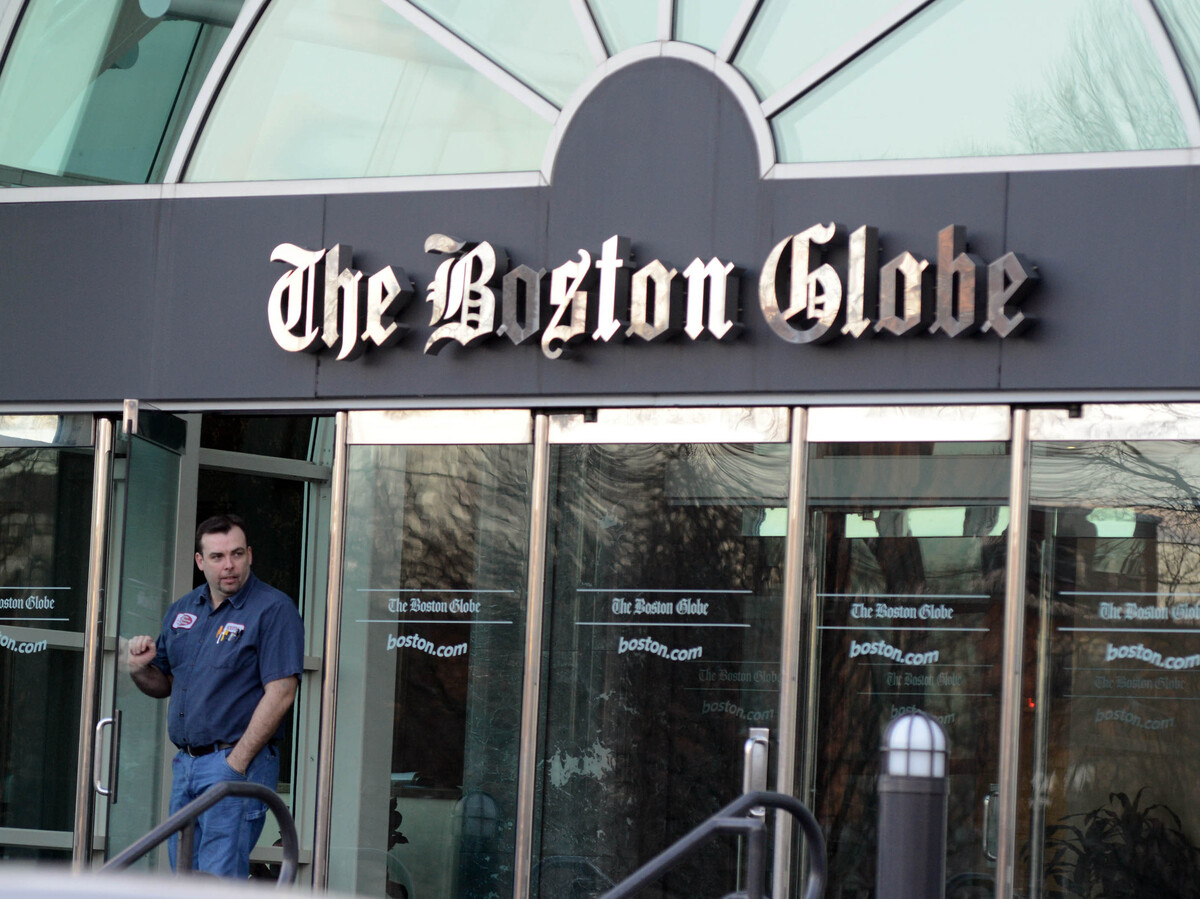 A man walks out of The Boston Globe headquarters on Feb. 20, the day The New York Times Co. said it planned to sell the paper.

The New York Times Co. has announced the sale of The Boston Globe to the principle owner of the Boston Red Sox for $70 million, a sum that represents a fraction of the $1.1 billion paid for the flagship newspaper two decades ago.

With the purchase, John Henry, the principal owner of the Boston baseball franchise, embarks on his "first foray into the financially unsettled world of the news media," the Globe said early Saturday, describing him as "a personally shy businessman with a history of bold bets."

The deal gives Henry the 141-year-old newspaper, its websites and affiliated companies, the newspaper said.

In a statement published in the Globe, Henry praised the "essential role that its journalists and employees play in Boston, throughout New England, and beyond."

The announcement comes more than five months after the Times said it was putting the paper up for sale for a second time. In an abortive attempt to sell it four years ago, the company billed the move as an effort to concentrate on The New York Times brand.

Times spokeswoman Eileen Murphy told The Associated Press that the all-cash deal would close in 30 to 60 days and include the BostonGlobe.com, Boston.com, The Worcester Telegram & Gazette, Telegram.com, the direct mail marketing company Globe Direct and the company's 49 percent interest in Metro Boston, a free daily newspaper for commuters.