Accessibility links
'Washington Post' To Be Sold To Amazon's Jeff Bezos : The Two-Way Bezos will pay $250 million in cash for the venerable journalism institution. 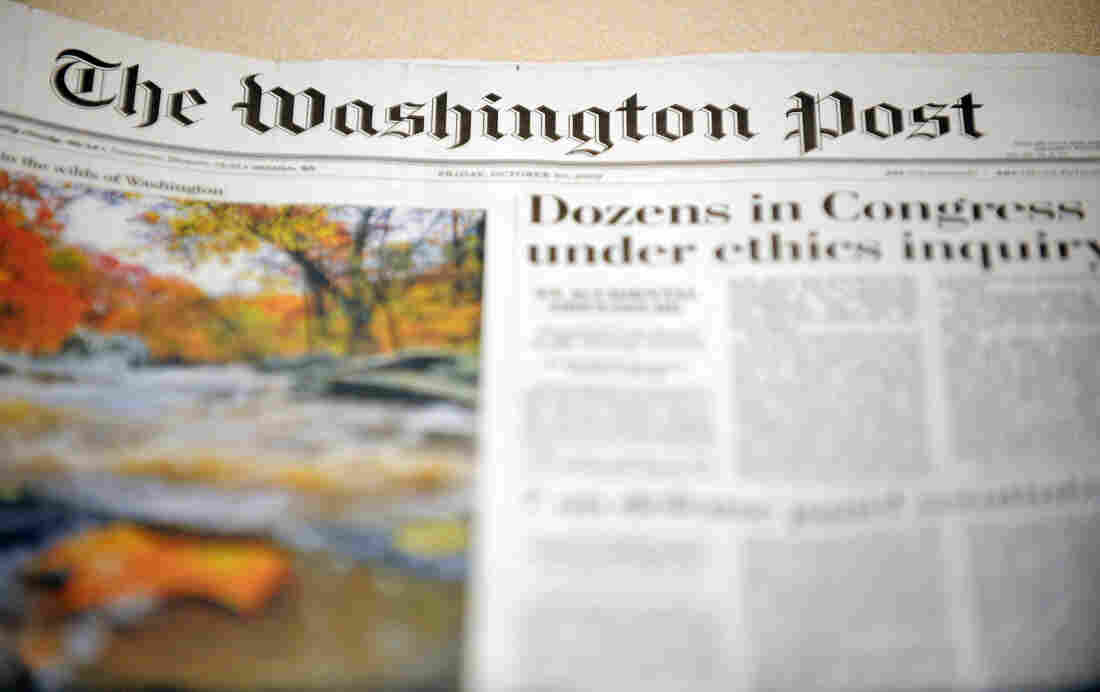 View of the front page of the October 30, 2009 edition of The Washington Post. Nicholas Kamm /AFP/Getty Images hide caption 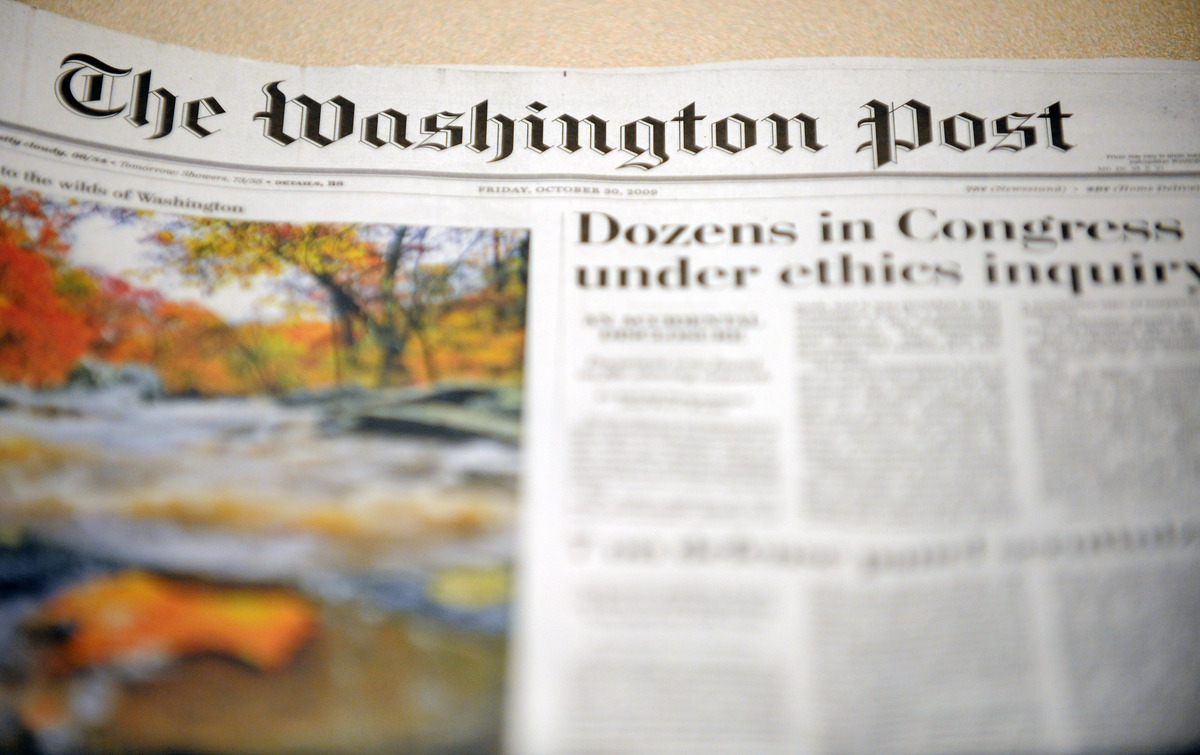 View of the front page of the October 30, 2009 edition of The Washington Post.

The Washington Post Co. will sell its flagship newspaper and one of the most respected news organizations in the country to Amazon.com founder Jeffrey P. Bezos, the company announced in a press release. The Post has been a family-owned business for four generations.

TUESDAY UPDATE: Will 'The New York Times' Be Next To Be Sold?

Amazon, the company said, will play no role in the purchase. Bezos is making the purchase personally.

"The deal represents a sudden and stunning turn of events for The Post, Washington's leading newspaper for decades and a powerful force in shaping the nation's politics and policy. Few people were aware that a sale was in the works for the paper, whose reporters have broken such stories as the Pentagon Papers, the Watergate scandals and disclosures about the National Security Administration's surveillance program in May.

"For much of the past decade, however, the paper has been unable to escape the financial turmoil that has engulfed newspapers and other 'legacy' media organizations. The rise of the Internet and the epochal change from print to digital technology have created a massive wave of competition for traditional news companies, scattering readers and advertisers across a radically altered news and information landscape and triggering mergers, bankruptcies and consolidation among the owners of print and broadcasting properties."

"Everyone at the Post Company and everyone in our family has always been proud of The Washington Post — of the newspaper we publish and of the people who write and produce it," Donald E. Graham, chairman and CEO of The Washington Post Company, said in a statement. "I, along with Katharine Weymouth and our board of directors, decided to sell only after years of familiar newspaper-industry challenges made us wonder if there might be another owner who would be better for the Post (after a transaction that would be in the best interest of our shareholders). Jeff Bezos' proven technology and business genius, his long-term approach and his personal decency make him a uniquely good new owner for the Post."

NPR's David Folkenflik reports that Katharine Weymouth, the paper's publisher, and Marty Baron, the paper's executive editor, were asked to stay on by Bezos.

Of course, the news comes just days after The New York Times company sold another venerable journalism institution: The Boston Globe, which was bought for $70 million by John Henry, the principal owner of the Boston Red Sox.

That start-up Nick Bilton is referring to is Instagram, which sold for a $1 billion to Facebook. Tumblr sold to Yahoo! for $1.1 billion.

Don Graham sent a message to employees in which he fairly succinctly explained why the company was selling the newspaper:

"As the newspaper business continued to bring up questions to which we have no answers, Katharine and I began to ask ourselves if our small public company was still the best home for the newspaper. Our revenues had declined seven years in a row. We had innovated and to my critical eye our innovations had been quite successful in audience and in quality, but they hadn't made up for the revenue decline. Our answer had to be cost cuts and we knew there was a limit to that. We were certain the paper would survive under our ownership, but we wanted it to do more than that. We wanted it to succeed."

In a message to employees, Bezos acknowledged that some of them would see the acquisition with "a degree of apprehension."

But, Bezos said, he was not looking to change the values of the Post.

"The paper's duty will remain to its readers and not to the private interests of its owners," Bezos said. "We will continue to follow the truth wherever it leads, and we'll work hard not to make mistakes. When we do, we will own up to them quickly and completely."

But there will be change, Bezos said.

"That's essential and would have happened with or without new ownership," Bezos said. "The Internet is transforming almost every element of the news business: shortening news cycles, eroding long-reliable revenue sources, and enabling new kinds of competition, some of which bear little or no news-gathering costs. There is no map, and charting a path ahead will not be easy. We will need to invent, which means we will need to experiment. Our touchstone will be readers, understanding what they care about – government, local leaders, restaurant openings, scout troops, businesses, charities, governors, sports – and working backwards from there. I'm excited and optimistic about the opportunity for invention."

Weymouth, the paper's publisher, said in Bezos the family saw a unique opportunity.

"Jeff knows as well as anyone the opportunities that come with revolutionary technology when we understand how to make the most of it," she said in an email to the newsroom. "Under his ownership, we will be able to accelerate the pace and quality of innovation."