Accessibility links
'Depart Immediately,' State Dept. Tells Americans In Yemen : The Two-Way Already on alert across the Middle East and North Africa because of intelligence about possible terrorist attacks, the U.S. has now issued a very specific warning about travel in Yemen. 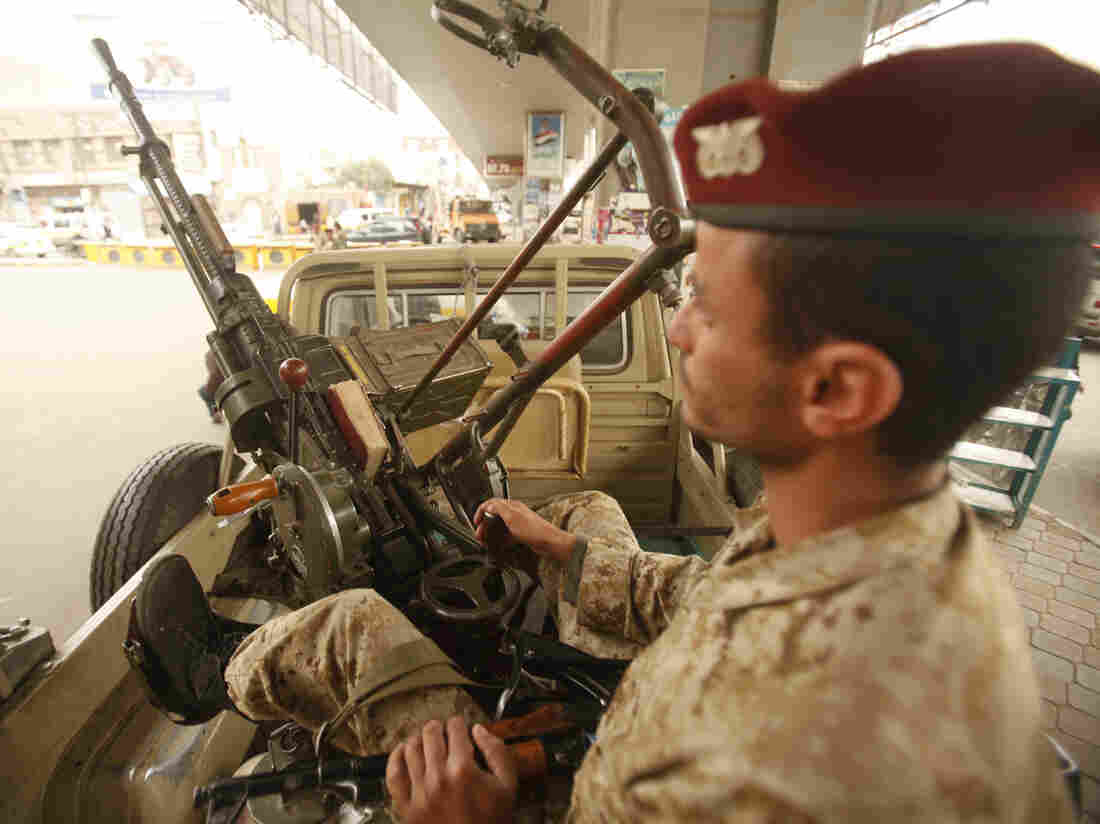 An army trooper sits beside a machine gun that is mounted on a patrol vehicle at a checkpoint in Sanaa, Yemen. Security is tight in the capital amid warnings about possible terrorist attacks. Khaled Abdullah /Reuters /Landov hide caption 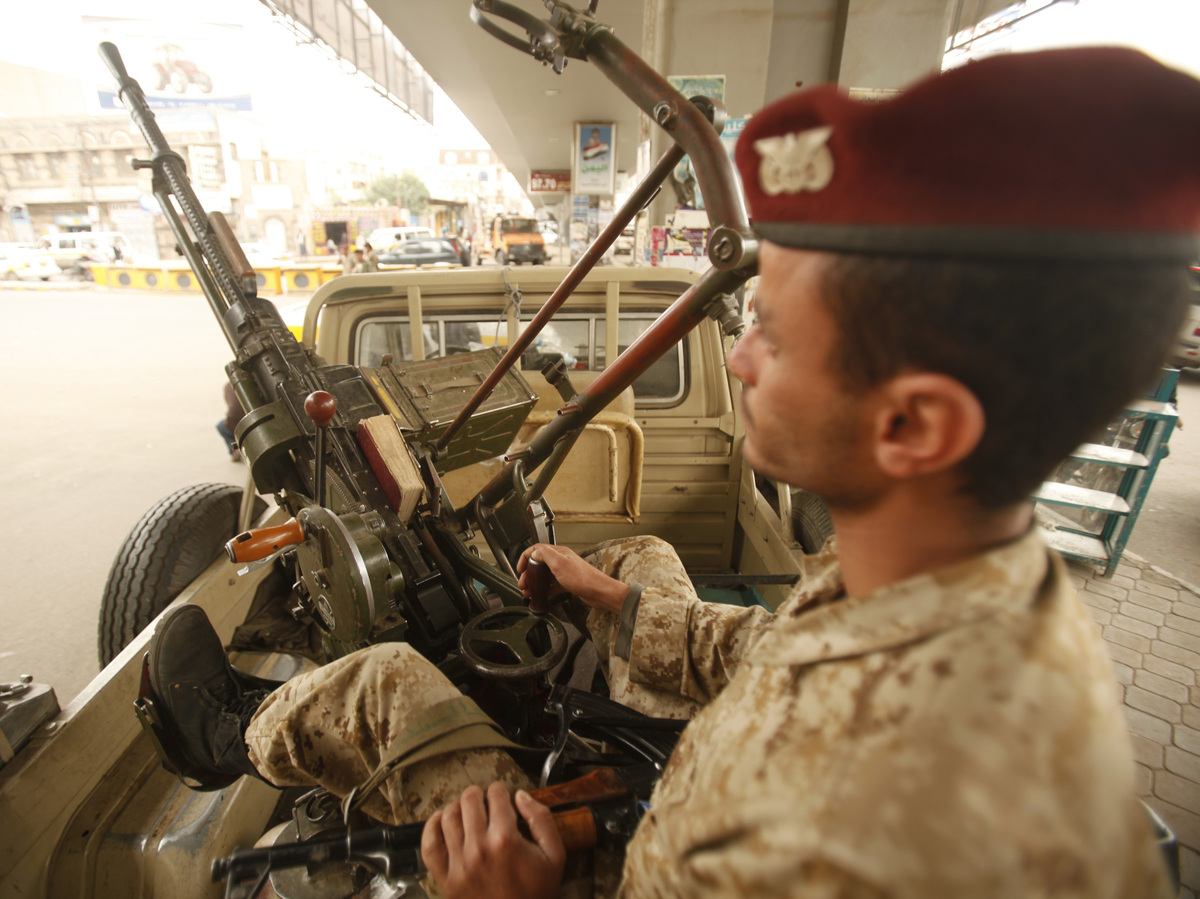 An army trooper sits beside a machine gun that is mounted on a patrol vehicle at a checkpoint in Sanaa, Yemen. Security is tight in the capital amid warnings about possible terrorist attacks.

Warning that "the security threat level in Yemen is extremely high," the State Department is urging any Americans in that country to "depart immediately."

As we wrote Monday, the missions were shuttered over the weekend after the U.S. gathered what lawmakers say is some of the most serious intelligence since before the Sept. 11, 2001, attacks indicating that terrorists are planning new strikes — most likely in the regions where diplomatic posts were closed, but possibly elsewhere.

On Morning Edition, NPR's Dina Temple-Raston said the decision to close the diplomatic posts and issue the warnings came, U.S. officials say, after intelligence agencies picked up electronic communications between Ayman al-Zawahri — al-Qaida's leader since the 2011 death of Osama bin Laden — and Nasir al-Wuhayshi. He's the head of al-Qaida in the Arabian Peninsula and may now be the No. 2 man in all of al-Qaida.

According to Dina, U.S. officials believe they have "a pretty good idea where the threat might come from — Yemen — but they don't have a target."

The State Department's message about Yemen adds that "terrorist organizations, including al-Qaida in the Arabian Peninsula (AQAP), continue to be active throughout Yemen. The U.S. government remains highly concerned about possible attacks on U.S. citizens (whether visiting or residing in Yemen), and U.S. facilities, businesses, and perceived U.S. and Western interests."

According to the BBC, its correspondent in Yemen's capital says that Sanaa:

"Has been experiencing unprecedented security measures, with hundreds of armored military vehicles deployed to secure the presidential palace, vital infrastructural buildings and Western embassies in the capital. Our correspondent says that a security source confirmed Yemeni intelligence services had discovered that tens of al-Qaida members had arrived in Sanaa over the past few days from other regions in preparation for the implementation of a large plot."