Accessibility links
India Accuses Pakistan Of Killing 5 Soldiers : The Two-Way But Islamabad denies the charge. The developments come amid attempts to revive diplomacy between the two nuclear-armed rivals. 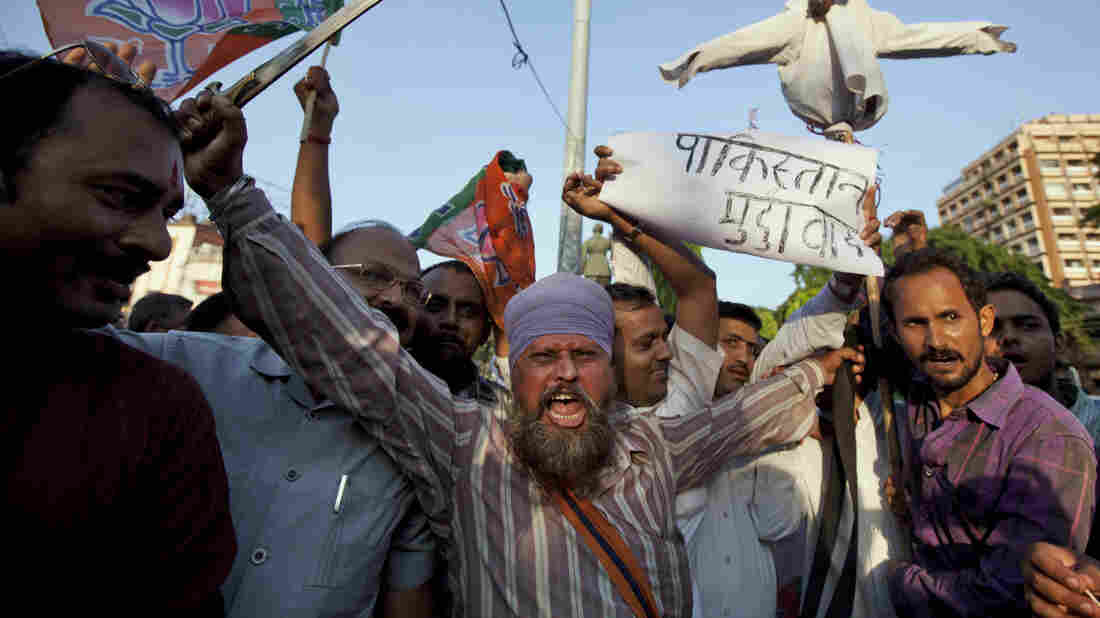 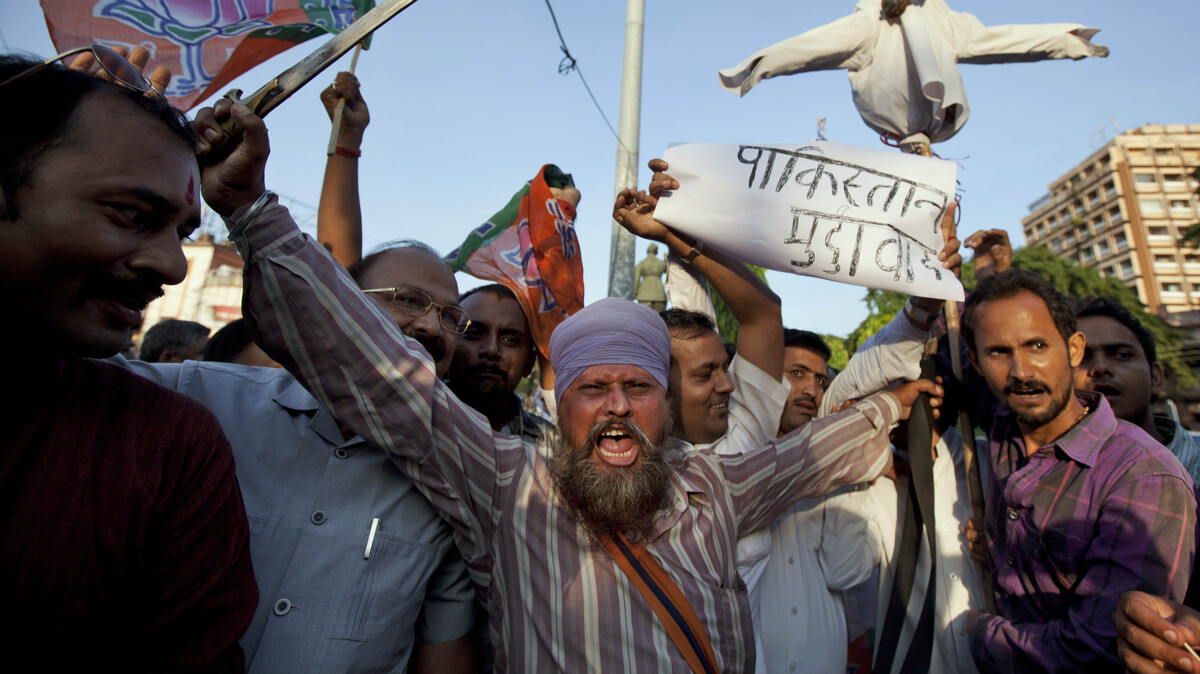 Supporters of India's main opposition Bharatiya Janata Party protest Tuesday in Allahabad, India, against the deaths of five Indian soldiers. India has accused Pakistani soldiers of firing across the Line of Control in Kashmir; Islamabad denies the charge.

India has accused Pakistani troops of killing five Indian soldiers after firing across the Line of Control, the de facto border in disputed Kashmir. Pakistan denies any firing from its side, and calls the allegation "baseless."

This latest incident comes amid attempts to renew diplomatic overtures for peace between the two nuclear-armed rivals.

Omar Abdullah, the chief minister of the Himalayan region of Jammu and Kashmir, said on the microblogging site Twitter:

These incidents don't help efforts to normalise or even improve relations with Pak & call in to question the Pak Govt's recent overtures.

Kashmir is the long-disputed territory between India and Pakistan. Thousands of people have been killed in the Indian-administered side of the valley, which has been seething since an armed revolt erupted in 1989 against Indian rule. Pakistani militants believed to be supported by Pakistani intelligence harassed Indian forces there in a policy that was aimed at "bleeding India."

Pakistan's new prime minister, Nawaz Sharif, took office expressing the hope of improving relations. Sharif and India's prime minister, Manmohan Singh, are due to meet in New York on the sidelines of the U.N. General Assembly in September. Sharif has urged India to join Pakistan in cutting defense spending to end an arms race in the region.

The Indo-Pakistan dialogue was all but broken earlier this year over a series of skirmishes that included the beheading in January of an Indian soldier in Kashmir that enraged New Delhi. Then, as now, Pakistan denied any involvement.

A disbelieving Indian Parliament adjourned in an uproar over Tuesday's early morning incident, demanding that the government take firm action.

Antony, the Indian defense minister, told Parliament the government "has lodged a strong protest with the government of Pakistan through diplomatic channels."

He said: "The numbers of infiltration attempts have doubled this year in comparison to the corresponding period [Jan. 1-Aug. 5] of 2012."

This latest incident aggravates tensions that lie just beneath the surface of these two wary neighbors who have fought three wars in the past six decades, and it is expected to sour attempts to normalize relations.