Accessibility links
West Coast Kidnap Suspect May Have Explosives, Police Warn : The Two-Way James Lee DiMaggio is wanted in the disappearance of a 16-year-old girl from Southern California. Her mother's body, and possibly that of her young brother, were found in a burned-out home. Now, police are warning that the suspect may have rigged his vehicle with explosives. 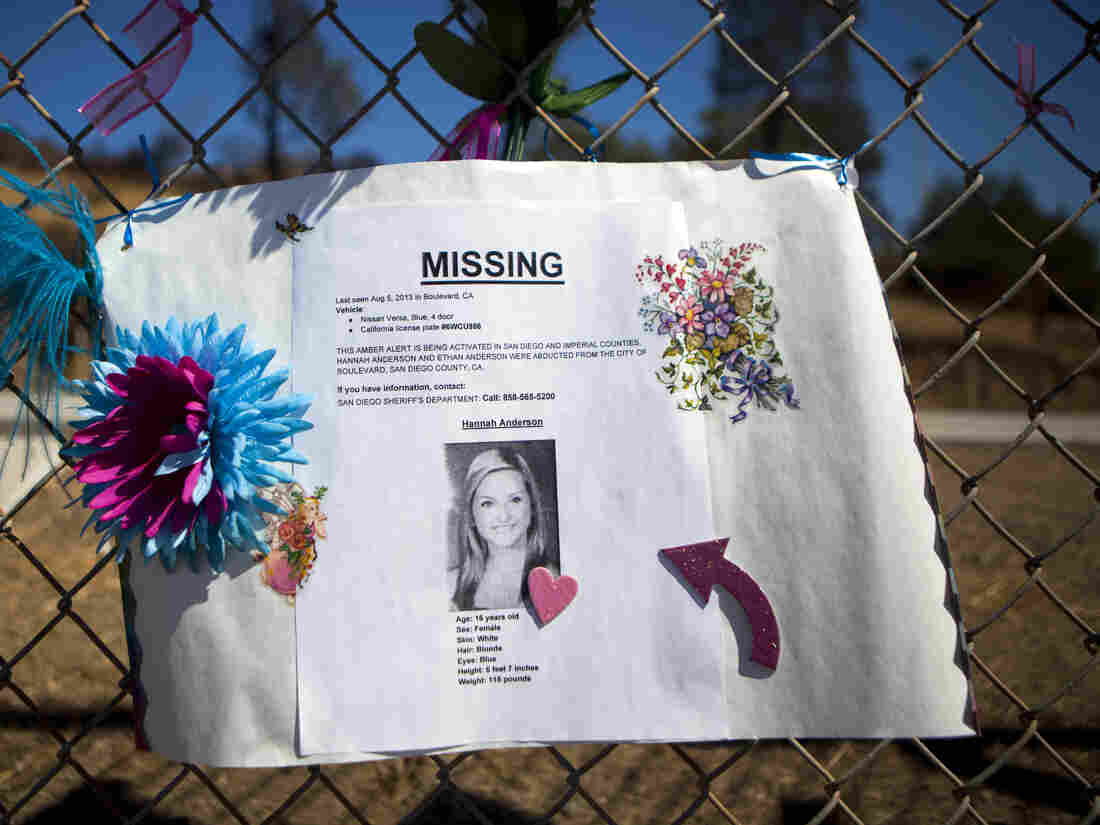 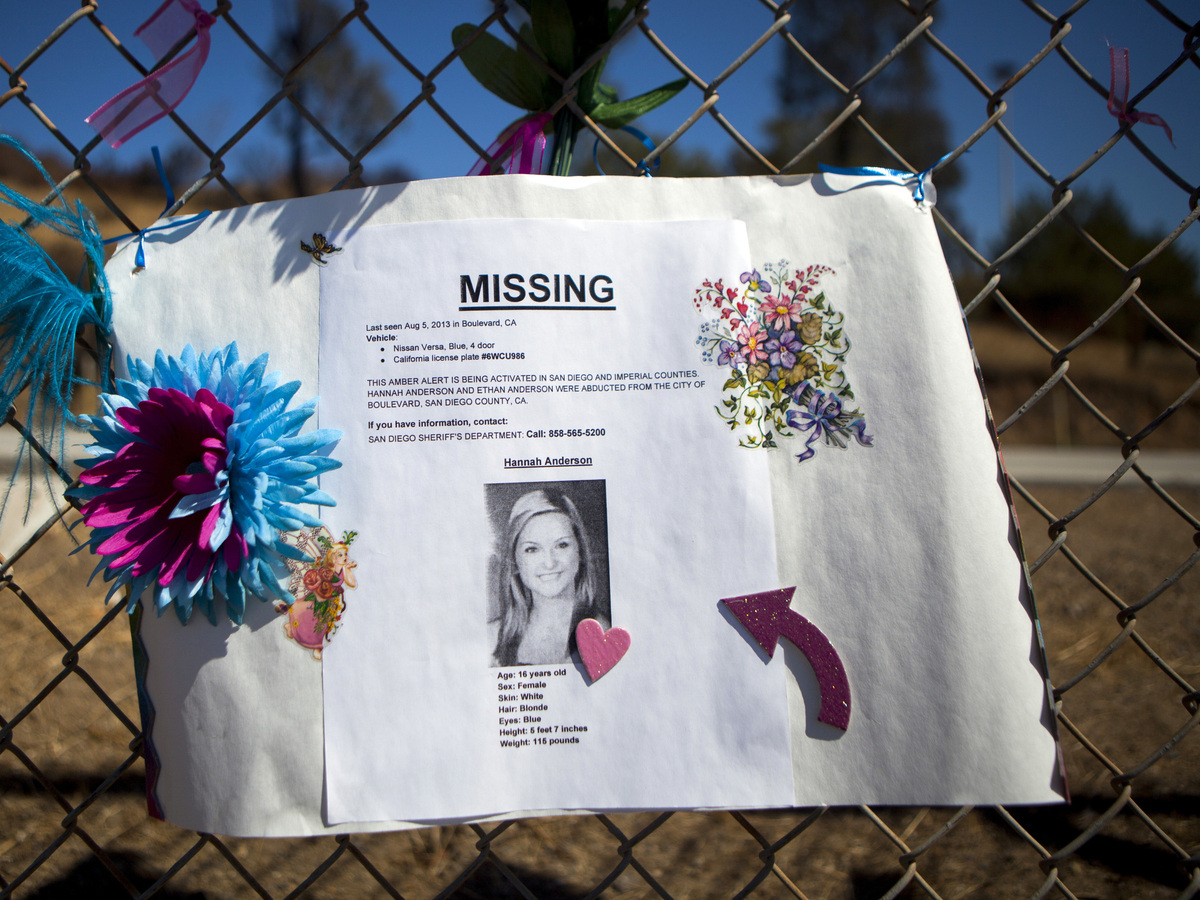 A sign for missing California teenager Hannah Anderson hangs on a fence at El Capitan High School in the Lakeside neighborhood of San Diego County.

San Diego County Sheriff Bill Gore said Friday that the car belonging to the suspect has been found near Cascade, Idaho. He said the license plate had been removed, but the Vehicle Identification Number, or VIN, showed a match as belonging to James Lee DiMaggio.

Gore said that horseback riders in the mountains northeast of Boise believe they saw DiMaggio, who is suspected of killing Christina Anderson and abducted at least one of her children.

"A massive search entered a sixth day Friday for a man suspected of abducting a 16-year-old family friend as police warned he may have abandoned his car while on the run and rigged it with explosives," The Associated Press reports.

The hunt has been on for James Lee DiMaggio, 40, since Sunday night. That's when the body of 44-year-old Christina Anderson was found in the burned remains of DiMaggio's home in Boulevard, Calif., about 65 miles east of San Diego. A child's body was also found. It's feared, the AP says, that the remains are those of Christina Anderson's 8-year-old son.

The 16-year-old girl who is missing and thought to have been taken by DiMaggio is Hannah Anderson — Christina Anderson's daughter.

San Diego County Sheriff's Capt. Duncan Fraser said Thursday that DiMaggio may have had an "unusual infatuation" with the girl.

The Los Angeles Times writes that authorities say DiMaggio "might have abandoned his blue Nissan Versa and left it booby-trapped with explosives." That's why police are "warning people that if they find the vehicle or anywhere he might have stopped, they should stay away."

According to the Amber Alert issued when Hannah Anderson went missing, the car had California license plates 6WCU986.

Just where DiMaggio and the car might be, though, is very uncertain. The Times says that on Thursday, "authorities were no closer to finding [Hannah Anderson] or DiMaggio, though numerous tips have poured in to law enforcement agencies in multiple states. 'Basically, the search area is the United States, Canada and Mexico,' said Lt. Glenn Giannantonio of the San Diego County Sheriff's Department. 'The search area is North America.' "