Accessibility links
Father And Son Coaxed From Jungle 40 Years After Vietnam War : The Two-Way Ho Van Thanh fled the Vietnam War with his infant son in 1973. Father and son returned to civilization this week.

Father And Son Coaxed From Jungle 40 Years After Vietnam War

Father And Son Coaxed From Jungle 40 Years After Vietnam War 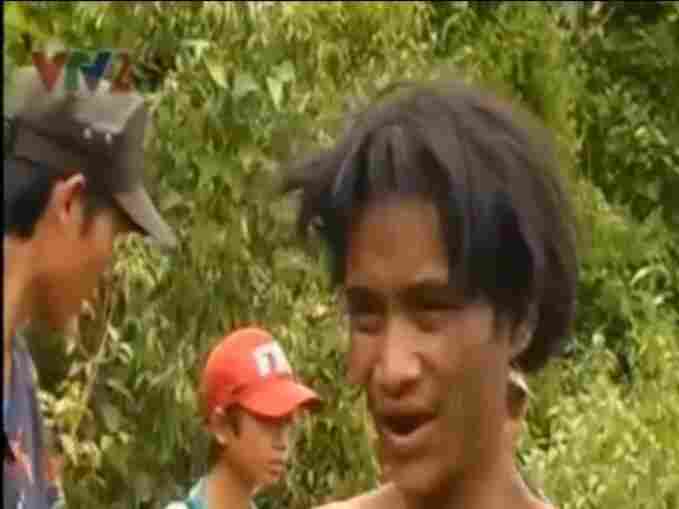 Ho Van Lang, found in the jungle of central Vietnam 40 years after he and his father fled the war. VTV2 hide caption 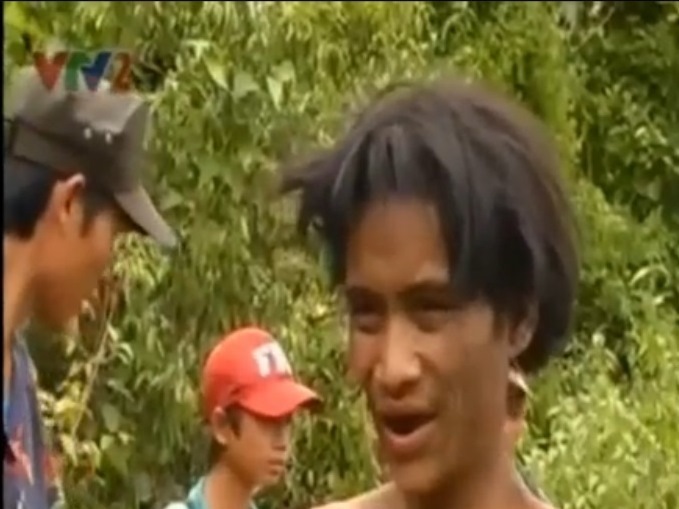 Ho Van Lang, found in the jungle of central Vietnam 40 years after he and his father fled the war.

Four decades ago, Ho Van Thanh fled the fighting in his native Vietnam, disappearing into the jungle with his infant son, Ho Van Lang. This week, father and son emerged for the first time — an enfeebled Thanh carried in a stretcher, and Lang wearing only a loincloth made of tree bark.

According to the Vietnamese newspaper Dan Tri, Ho Van Thanh, now 82, was last seen in 1973 running into the jungle, after his wife and two other children were killed by a bomb or land mine near his home.

When Thanh and Lang, 42, were finally coaxed out of the jungle in Vietnam's central Quang Ngai province on Wednesday, they had been living 20 feet up in a treehouse, stocked with arrows and other makeshift hunting implements.

The Telegraph quotes a local Vietnamese newspaper as saying the elder Ho had fallen out of the habit of speech and that his son only knows a few words of the local dialect of the Cor ethnic minority. They used a homemade ax to chop down trees and survived partly on corn they cultivated as well as fruits and cassava roots from the jungle:

"But there were poignant mementos of their previous life.

"The father kept his soldier's trousers neatly folded in a corner [of the tree house]. Beside them was the little red coat his son was thought to have been wearing when they fled."

The father and son were discovered earlier when two people from a nearby village ventured some 25 miles into the forest looking for firewood.

When he fled 40 years ago, Thanh was reportedly fighting for North Vietnam (Since he lived in Quang Ngai, which was part of South Vietnam during the war, it seems likely that Tranh fought with the communist irregulars, known as the Viet Cong). He left behind another son, 6-month-old Ho Van Tri.

Tri, now in midlife, told local media that he'd tracked down his father and brother two decades ago, apparently briefly met with them, but was unable to persuade them to return to modern society.

Tri says that his brother's health is "fine, even though he looks thin," but that his father is "very weak".

Lang "doesn't understand much of what is said to him, and he doesn't want to eat or even drink water," says Ho Ven Bien, a relative who is looking after him.

"We know he wants to escape my house to go back to the forest, so we have to keep an eye on him now," Bien says.