Accessibility links
Obama Administration, GOP Agree On Opening Prayers Case : The Two-Way In a rare moment of agreement, Obama's team and the GOP told the Supreme Court prayers before government meetings do not violate the constitution. The high court is weighing the issue in case involving the town of Greece, N.Y., Town Board meetings. 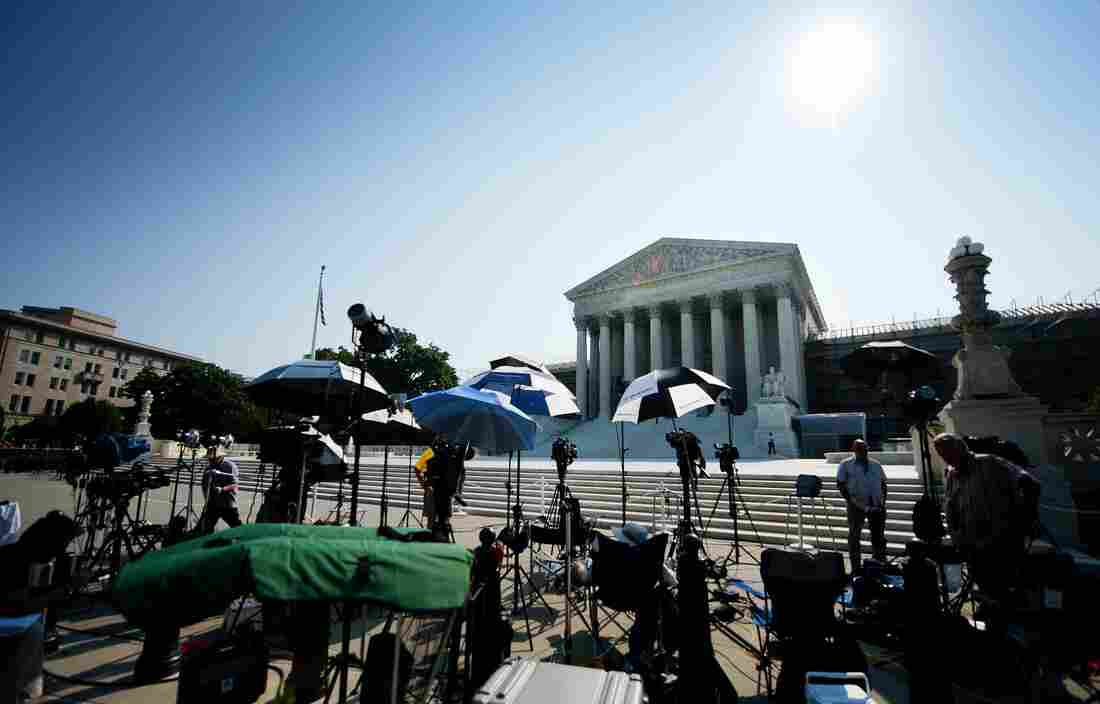 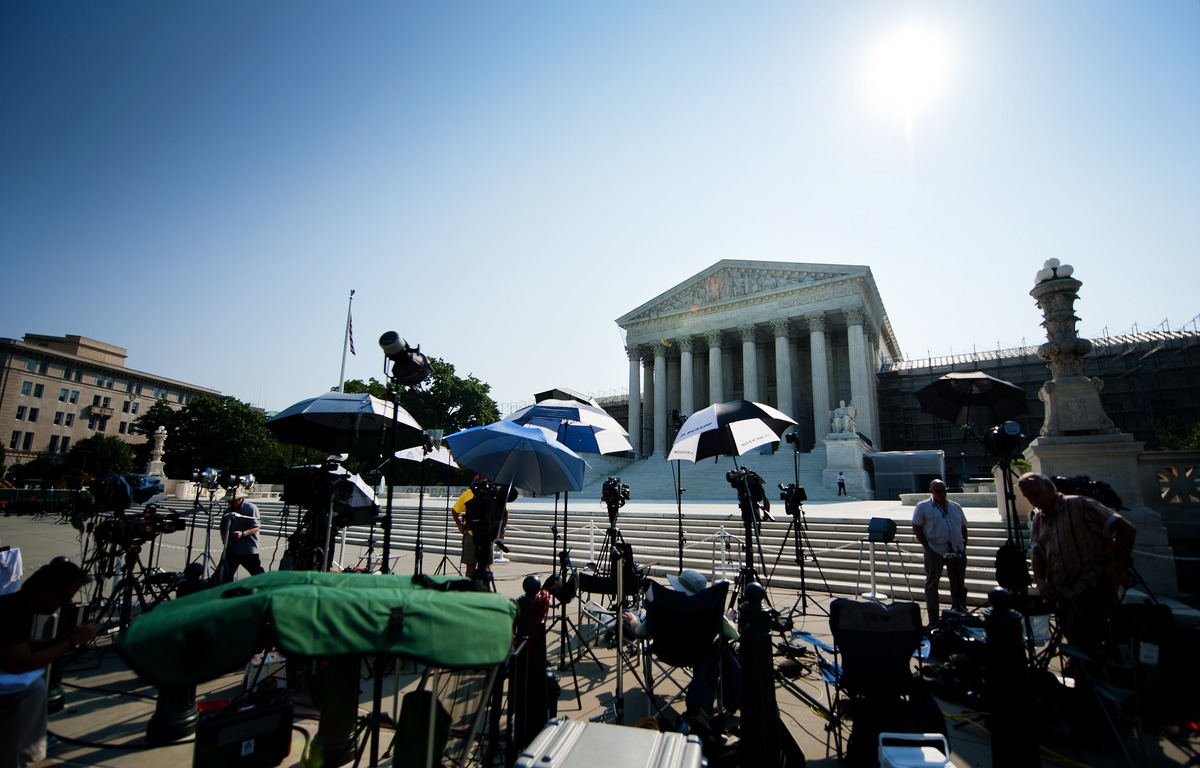 Members of the media camp outside the U.S. Supreme Court in June.

How's this for surprising news: The Obama administration and the GOP have found some common ground.

Both sides have filed amicus briefs with the United States Supreme Court supporting the right of local town boards to begin their meetings with a prayer. The Los Angeles Times explains Town of Greece, New York v. Susan Galloway, Et. Al. like this:

"Last year, a federal appeals court ruled that the town of Greece, N.Y., near Rochester, had crossed the line and violated the 1st Amendment's ban on an 'establishment of religion.' For years, the town supervisor had invited a local minister to deliver an opening prayer at the council's monthly meeting. Members of the audience were encouraged to join in the prayers.

"Two residents, one Jewish and one an atheist, had complained for several years that the prayers were offensive and inappropriate. Until they sued in 2008, only Christians had been invited to lead the prayers.

"Looked at through the eyes of a 'reasonable observer,' the town's prayer policy 'must be viewed as an endorsement of ... a Christian viewpoint,' the U.S. 2nd Circuit Court of Appeals said in ruling against the town."

The friend-of-the-court brief filed by Donald Verrilli is worth a read (we've embedded it below.) In it, the Obama administration says the practice of praying before a meeting goes back to "the first session of the Continental Congress in 1774." What's more, one of the first order of business for the U.S. House and Senate is to select a chaplain.

The Supreme Court, the government argues, has also decided that prayer before a government meeting doesn't violate the First Amendment's Establishment Clause so long as it doesn't "endorse" religion.

The town of Greece stayed within these limits, the solicitor general argued, because it selected prayer leaders at random from the town's community guide.

The two community members suing the town disagree. They argue that all of the people asked to pray were Christian and even when they complained in 2008, the town continued the practice despite the fact that there is Buddhist temple and one Jehovah's Witness church within city borders.

In 2009, the amicus brief explains, "Christian individuals again delivered all of the prayers."

Here's the amicus, if you've got some time to burn: