Accessibility links
Look For Shooting Stars During This Weekend's Perseid Peak : The Two-Way With a new moon and dark skies, the best meteor shower of the year should be a good show Sunday and Monday nights if the weather cooperates.

Look For Shooting Stars During This Weekend's Perseid Peak

Look For Shooting Stars During This Weekend's Perseid Peak 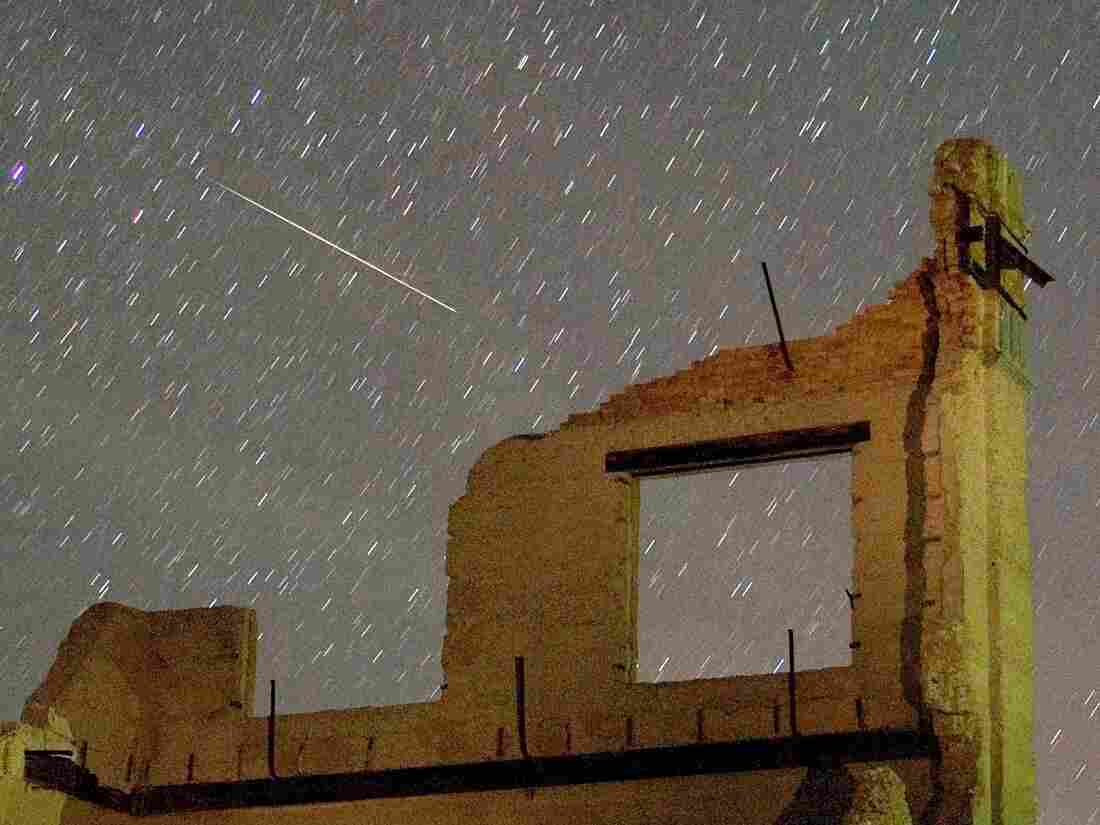 A Perseid meteor streaks across the sky early on August 13, 2007 in the ghost town of Rhyolite, Nevada. Ethan Miller/Getty Images hide caption 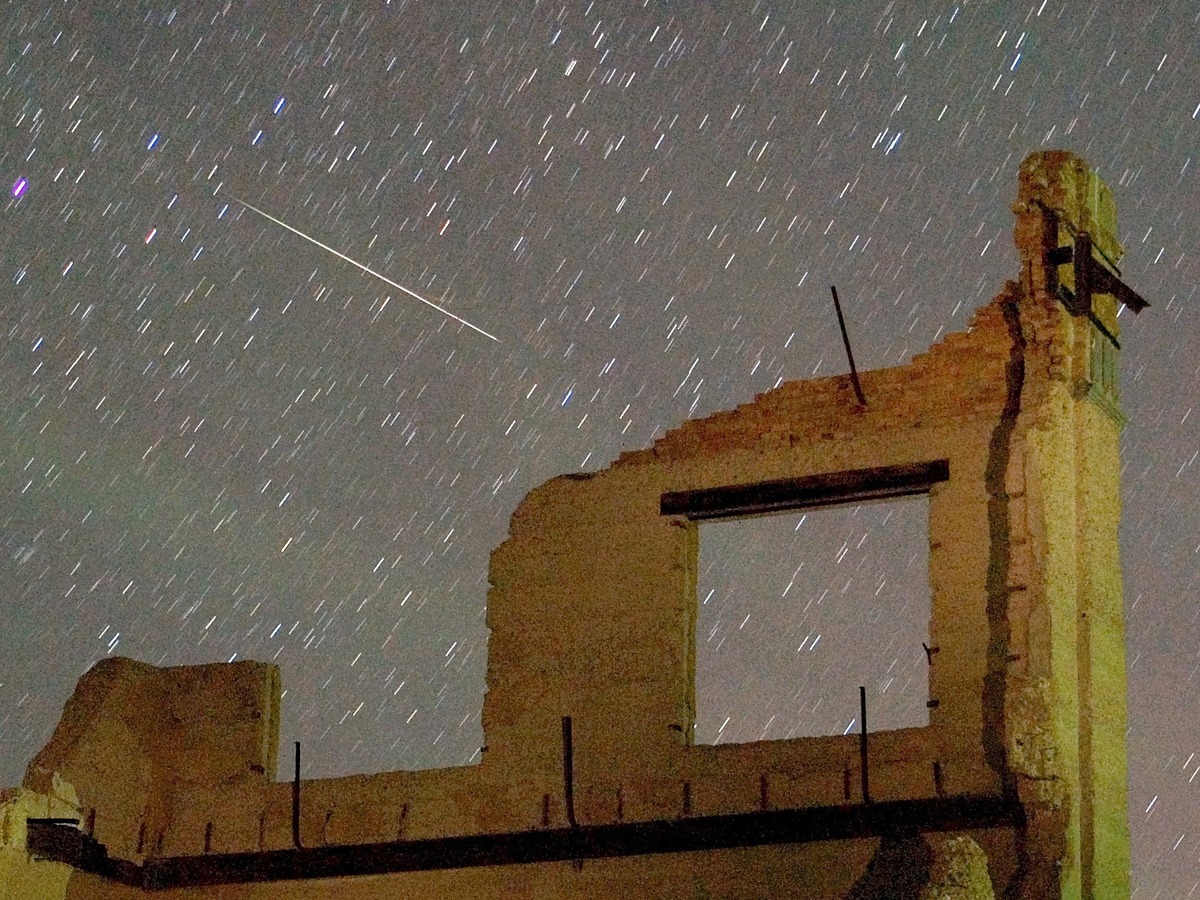 A Perseid meteor streaks across the sky early on August 13, 2007 in the ghost town of Rhyolite, Nevada.

Time to stretch out the lawn chairs, lie back and enjoy the once-a-year celestial show known as the Perseid meteor shower.

The Perseids, the dusty debris of Comet Swift-Tuttle, whisk through our upper atmosphere every August. They aren't the only meteor shower on the calendar, but "the Perseids are the good ones," says meteorite expert Bill Cooke of NASA's Marshall Space Flight Center in Huntsville, Ala.

The shower appears to emanate from the constellation Perseus, which is relatively easy to find in the northeast after dark, just below the familiar "lazy 'W' " that is Cassiopeia.

The bad news is that the peak for shooting stars will come in daylight Monday afternoon for North American observers. Still, it should be a pretty good show Sunday and Monday nights, says Bob Naeye, editor-in-chief of Sky and Telescope magazine. The good news is the shower coincides with a new moon, meaning it will be darker, thus maximizing your chances of seeing a lot of meteors.

And, of course, it all depends on the weather.

Assuming you've got a clear night to view, Sky and Telescope recommends:

" ... find a spot with an open sky view and no late-night lights nearby. Bundle up warmly, lie back on a ground pad or reclining lawn chair, and watch the stars. ...

"Be patient, and give your eyes plenty of time to adapt to the darkness. The direction to watch is not necessarily toward Perseus but wherever your sky is darkest, probably straight up."

According to Space.com, Swift-Tuttle, the comet that spawns the Perseid meteors, was discovered in 1862 and takes about 130 years to complete one (highly elliptical) orbit of the sun. The comet Temple-Tuttle is responsible for the less-spectacular Leonid shower of November.