Accessibility links
Protestants, Catholics Clash In Belfast; Dozens Hurt : The Two-Way More than 50 police were injured as they tried to prevent clashes between Protestants and supporters of the Irish Republican Army. 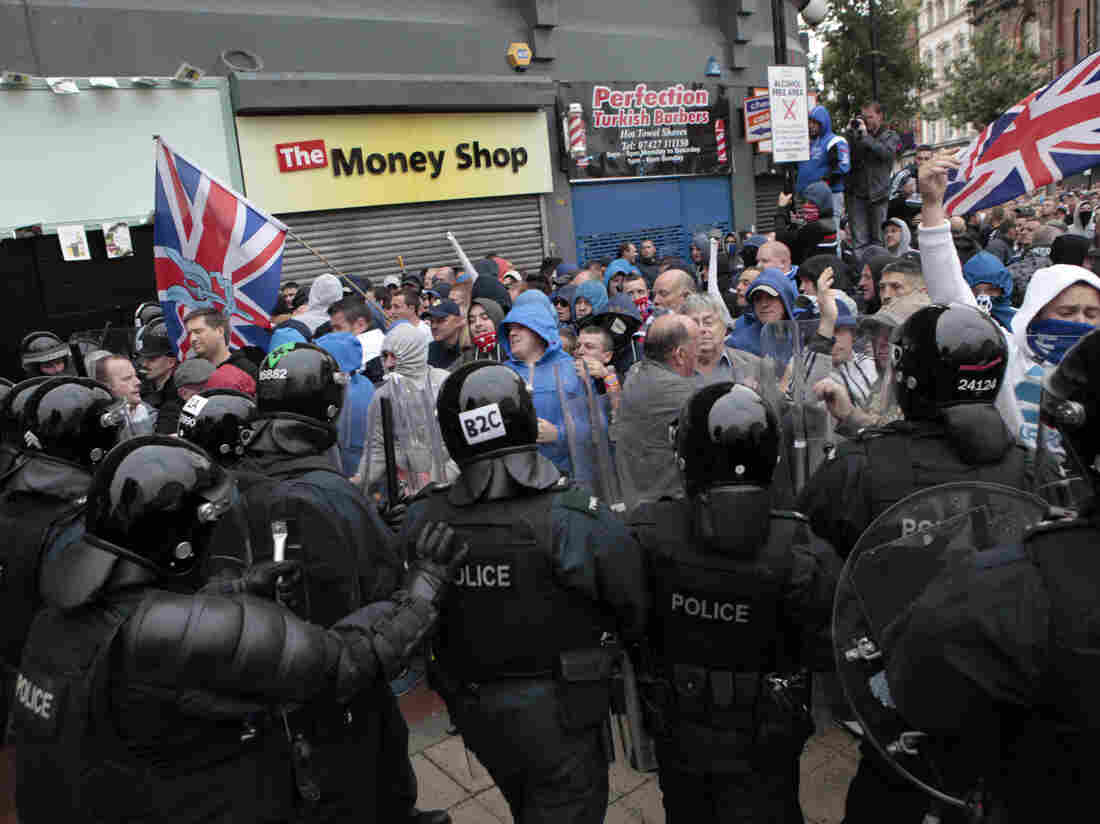 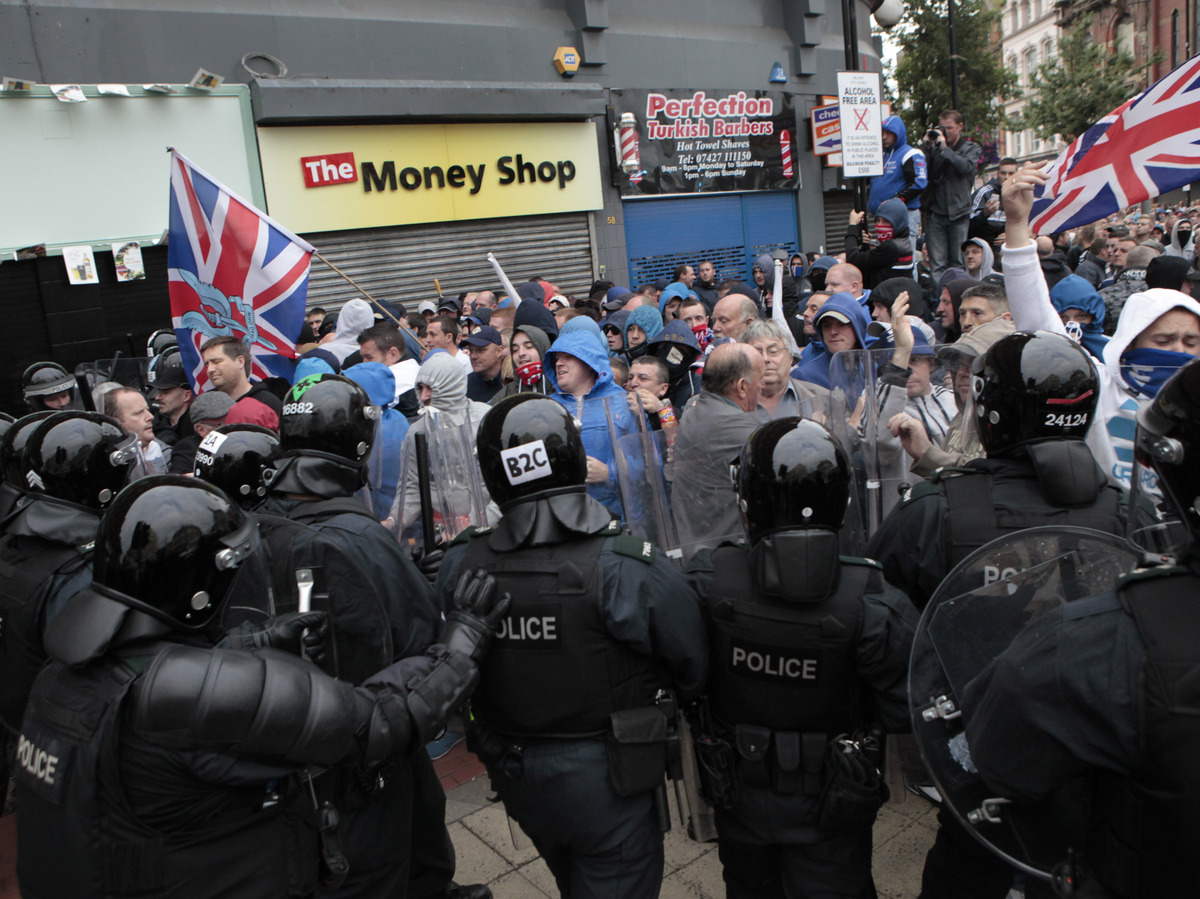 Loyalist protesters clash with riot police in the center of Belfast, Northern Ireland, on Friday.

A confrontation between Protestants and Catholics in Belfast, Northern Ireland, erupted into violence overnight, injuring 56 police officers and two civilians.

"Belfast's main shopping district was turned into a battlefield last night as thousands of loyalists clashed with riot police to prevent a republican dissident rally passing down the city's main thoroughfare," The Guardian writes.

Police say the clashes began when Protestant mobs tried to block a march by supporters of the Irish Republican Army.

"The protesters hurled bricks, bottles and fireworks at police before the parade arrived. Some cars were set on fire in the North Street area, and shops were damaged.

Police used rubber bullets, water cannon and dogs to control the crowds, which prevented the parade from passing as planned along Royal Avenue - one of the city's main shopping areas, near City Hall. Five of the injured officers needed hospital treatment."

At a Belfast news conference on Saturday, Baggott vowed that the prison population would soon be "bulging" as detectives used video footage to identify rioters.

"The Catholic parade, marking the anniversary of the 1971 introduction of internment without trial by British authorities, eventually had to pass along a different route.

"Disorder on the streets is a hugely regrettable step backwards," she said.