Accessibility links
Ex-Microsoft VP, Son Dead In Connecticut Plane Crash : The Two-Way The former executive was piloting the plane when it crashed into two homes a few blocks from an airport. 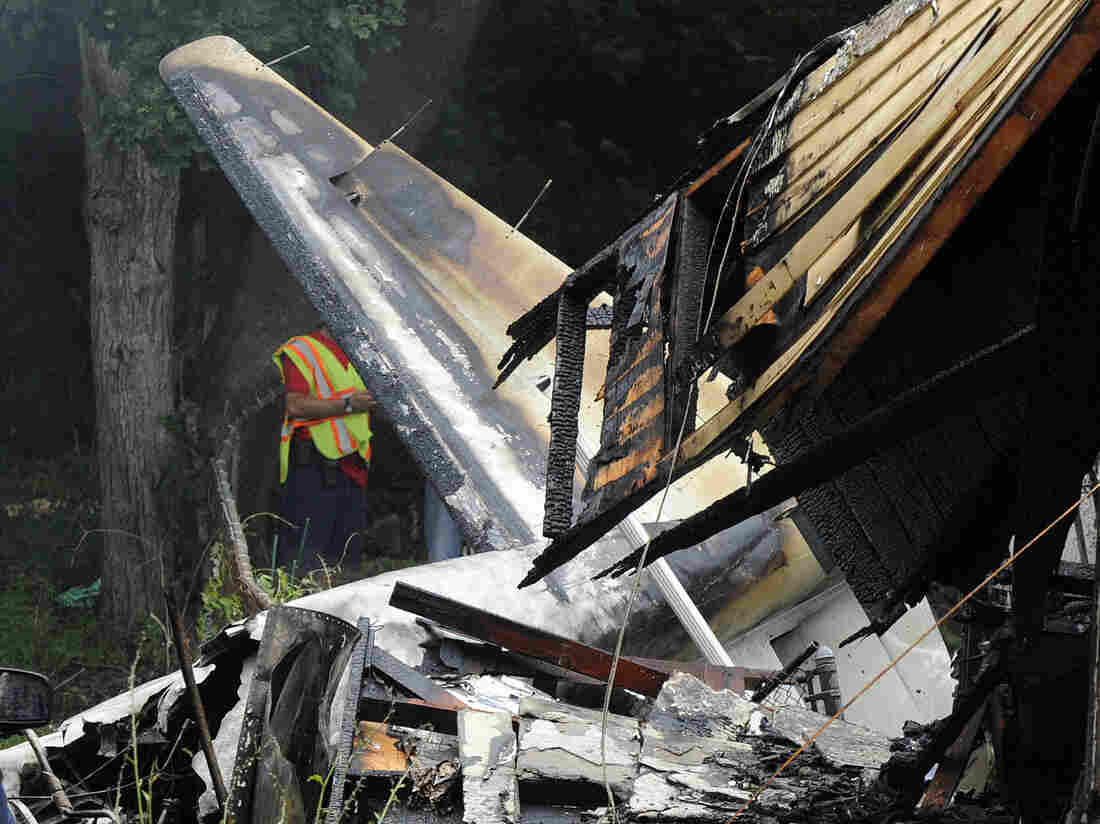 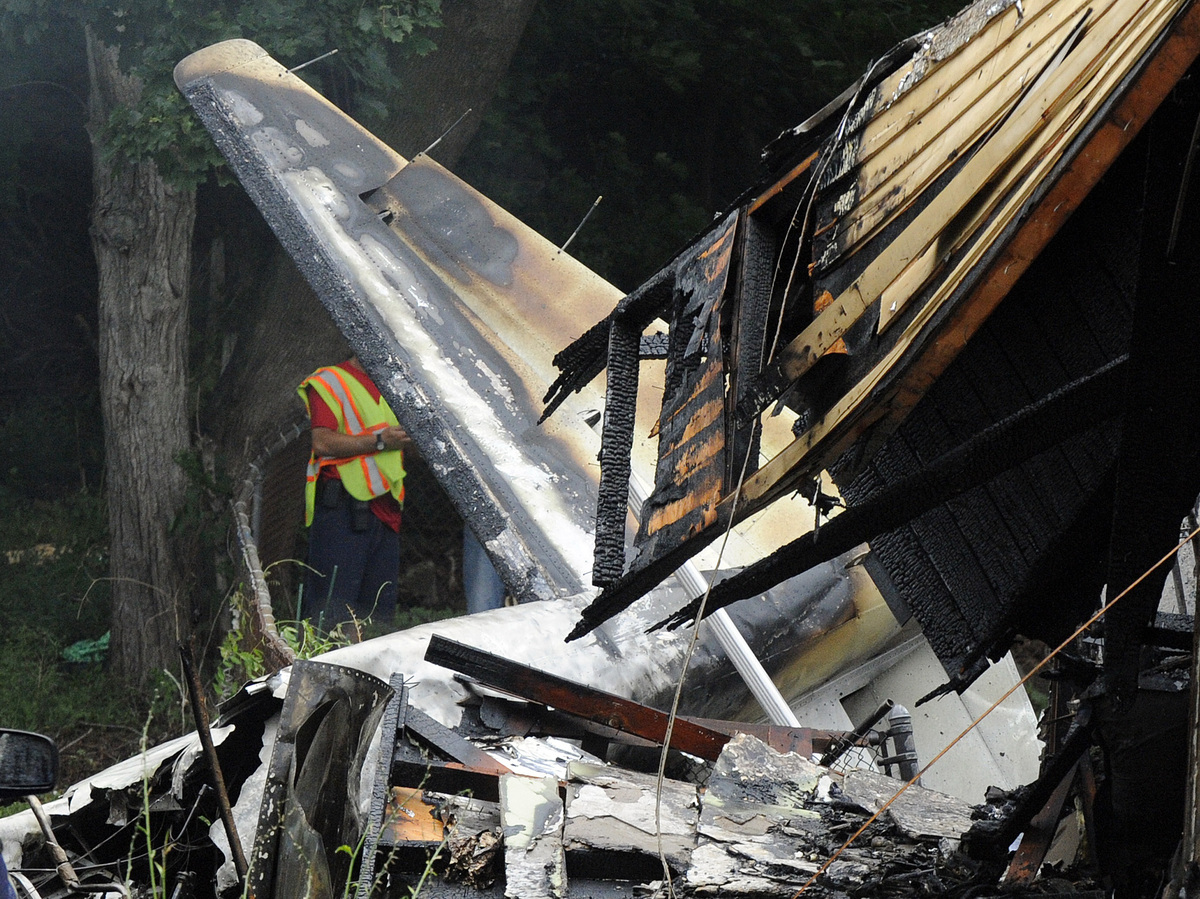 The crash scene in East Haven, Conn., on Friday.

A former Microsoft executive and his teenage son are among the dead after a small plane crashed into an East Haven, Conn., neighborhood a few blocks short of the airport.

Pilot Bill Henningsgaard and his teenage son, Maxwell, were in the 10-seater turbo-prop when it struck two small homes near Tweed New Haven Airport on Friday, killing as many as four people, according to The Associated Press.

The family learned it was Bill Henningsgaard's plane through the tail number, his brother, Blair Henningsgaard, said.

The Daily News quotes authorities as saying two children, ages 1 and 13, were missing from one of the homes hit by the plane.

Henningsgaard, a former vice president at Microsoft, and his son were traveling the East Coast to visit colleges when the crash occurred, the brother said.

"Bill Henningsgaard was a member of Seattle-based Social Venture Partners, a foundation that helps build up communities. The foundation extended its condolences to his wife and two daughters."

Henningsgaard was in another crash in 2009 when his plane's engine quit and he tried to glide back to the airport. With his then-84-year-old mother as a passenger, Henningsgaard ditched the plane in the Columbia River. Both were able to escape before it sank.

NPR's Dan Bobkoff reports that authorities say four bodies have been pulled from the crash site, two of them thought to be children who were in the home.