Accessibility links
Sprites: A Rarely Seen Sky Phenomenon Caught On Camera : The Two-Way The bolts of red light appear during thunderstorms, above the clouds and last only milliseconds. They're hard to capture, but now we have pictures.

When thunderstorms emit lightning, we see the white, snaking electricity from the ground. But if you flew above the clouds, you would see a sky phenomenon known as sprites.

These are rarely seen bolts of red light that look like very fast burning sparklers. The Capital Weather Gang over at The Washington Post describes them like this:

"[Sprites] can reach 50-60 miles into space and penetrate downward into the middle of the stratosphere (15-20 miles high) with jellyfish-like tendrils."

What's more, they last only milliseconds. As you can imagine, that makes them terribly hard to capture, but scientist and University of Alaska, Fairbanks graduate student Jason Ahrns did just that when he photographed and videotaped the phenomenon from the National Center for Atmospheric Research's Gulfstream-V plane.

The results are stunning. Here's one image Ahrns took on Monday over Red Willow County, Neb.: 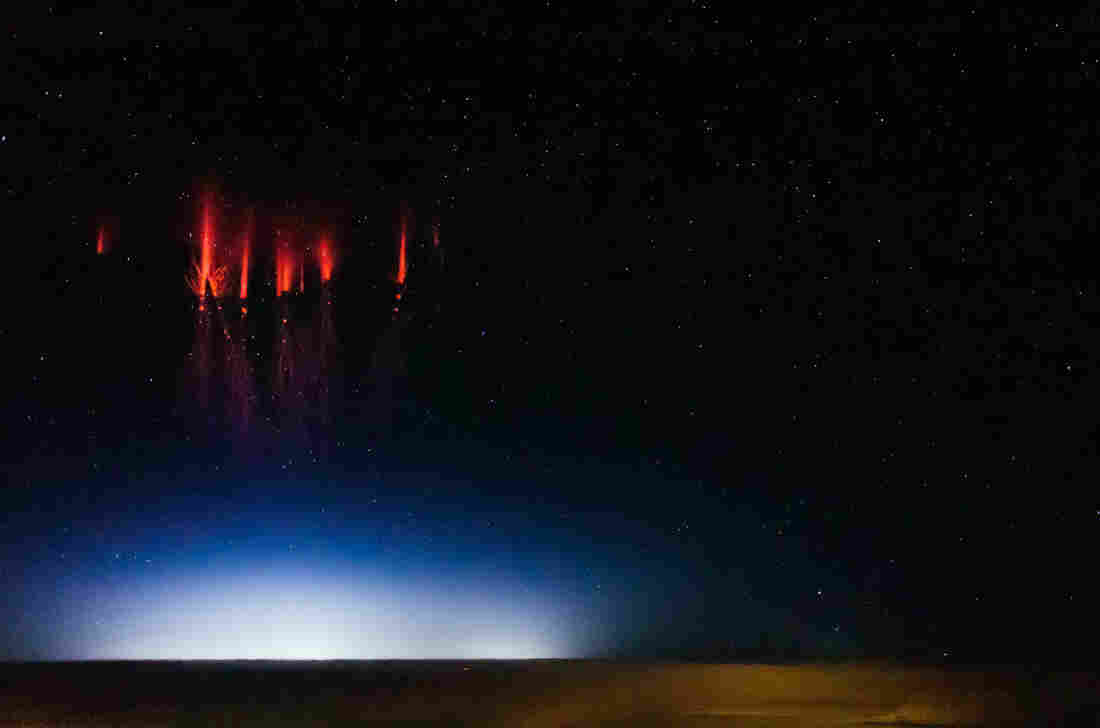 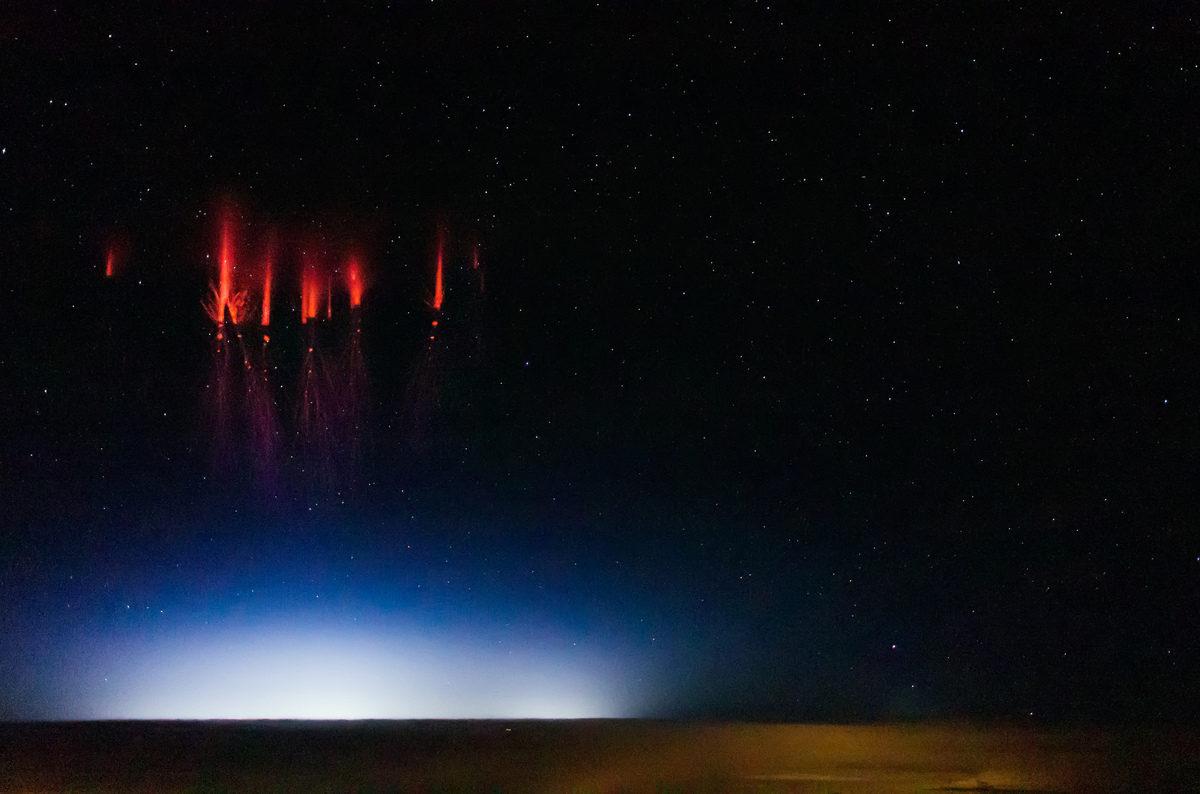 And here's a video he took at 10,000 frames per second of the same sprites:

We asked Ahrns what surprised him about sprites after he finally got the chance to fly up and see them.

"I've seen sprites with my naked eye for the first time, and they're really tall! I've seen pictures and watched them in video monitors during the research campaigns, and in my mind I knew they were on the order of 50km from top to bottom, but knowing it and seeing it for yourself are two different things," he told us via email. "When we're flying 120 miles away from the storm and the sprite is still tall enough to fill my vision from top to bottom, that leaves an impression!"

Ahrns, by the way, keeps a blog about his exploits. It's well worth the read.