Accessibility links
That 2012 Bundle Of Joy Will Cost You $241,080 To Raise : The Two-Way That's according to the USDA's yearly "Cost of Raising a Child" report. Adjusted for inflation the damage is $301,970. 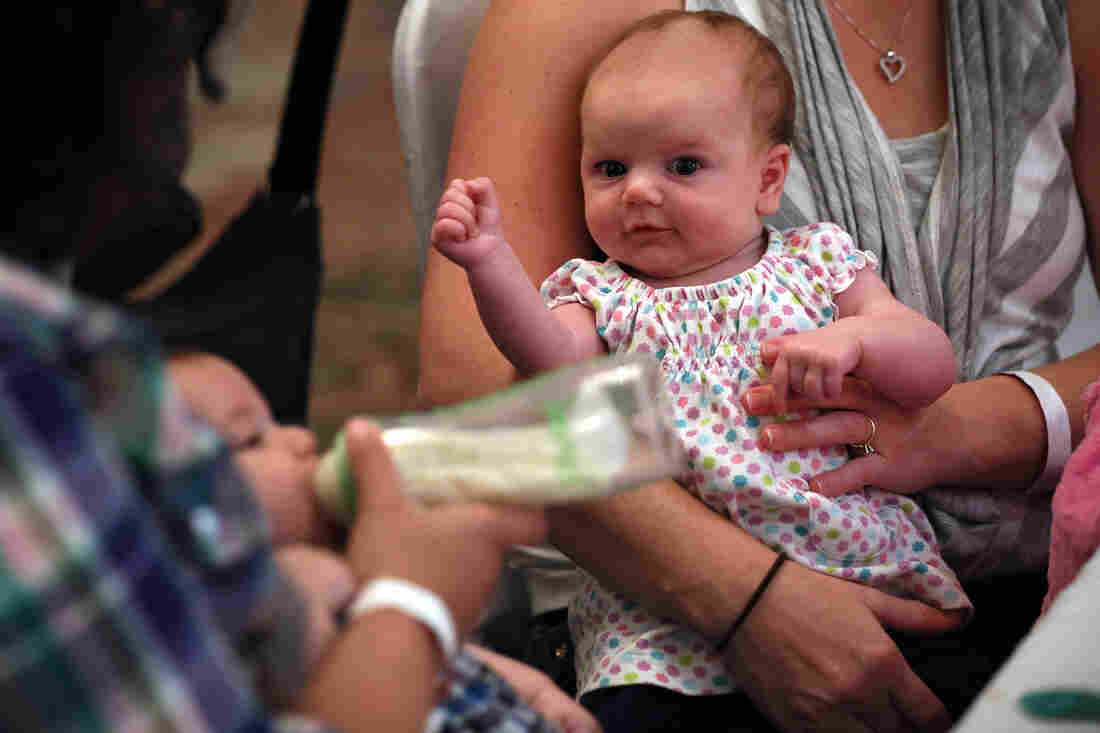 Eight-week-old Eleanor Delp attends a "What to Expect" baby shower with her mother in August of 2012 in Springfield, Virginia. Alex Wong/Getty Images hide caption 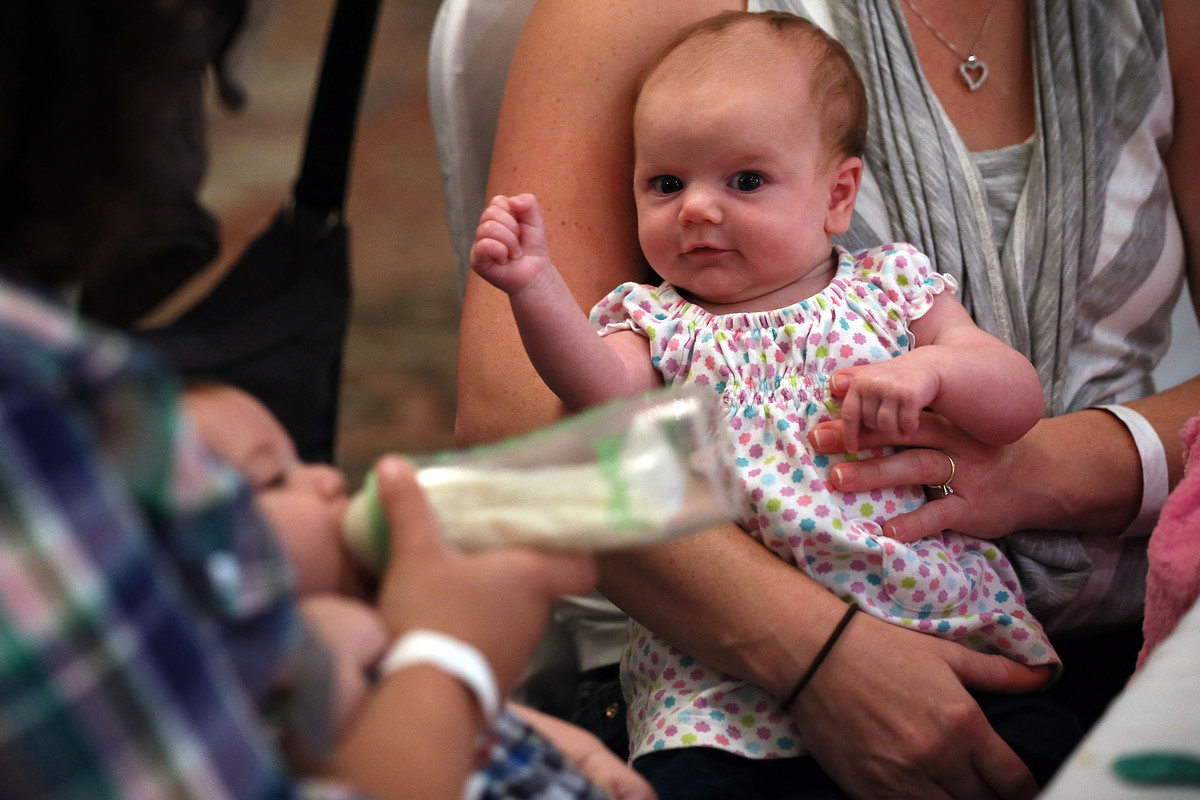 Eight-week-old Eleanor Delp attends a "What to Expect" baby shower with her mother in August of 2012 in Springfield, Virginia.

The United States Department of Agriculture has crunched the numbers and it concludes today that if you had a child in 2012, it'll cost you $241,080 to raise him or her for next 17 years.

This represents a 2.6 percent increase from 2011. The USDA reports:

"Expenses for child care, education, health care, and clothing saw the largest percentage increases related to child rearing from 2011. However, there were smaller increases in housing, food, transportation, and miscellaneous expenses during the same period. The 2.6 percent increase from 2011 to 2012 is also lower than the average annual increase of 4.4 percent since 1960."

CNN reports that despite that bit of good news, wages aren't keeping up with the increases.

"The country's median annual household income has fallen by more than $4,000 since 2000, after adjusting for inflation, and many of the jobs lost during the recent recession have been replaced with lower-wage positions," CNN reports.

We'll leave you with a cool graphic put together by the USDA: 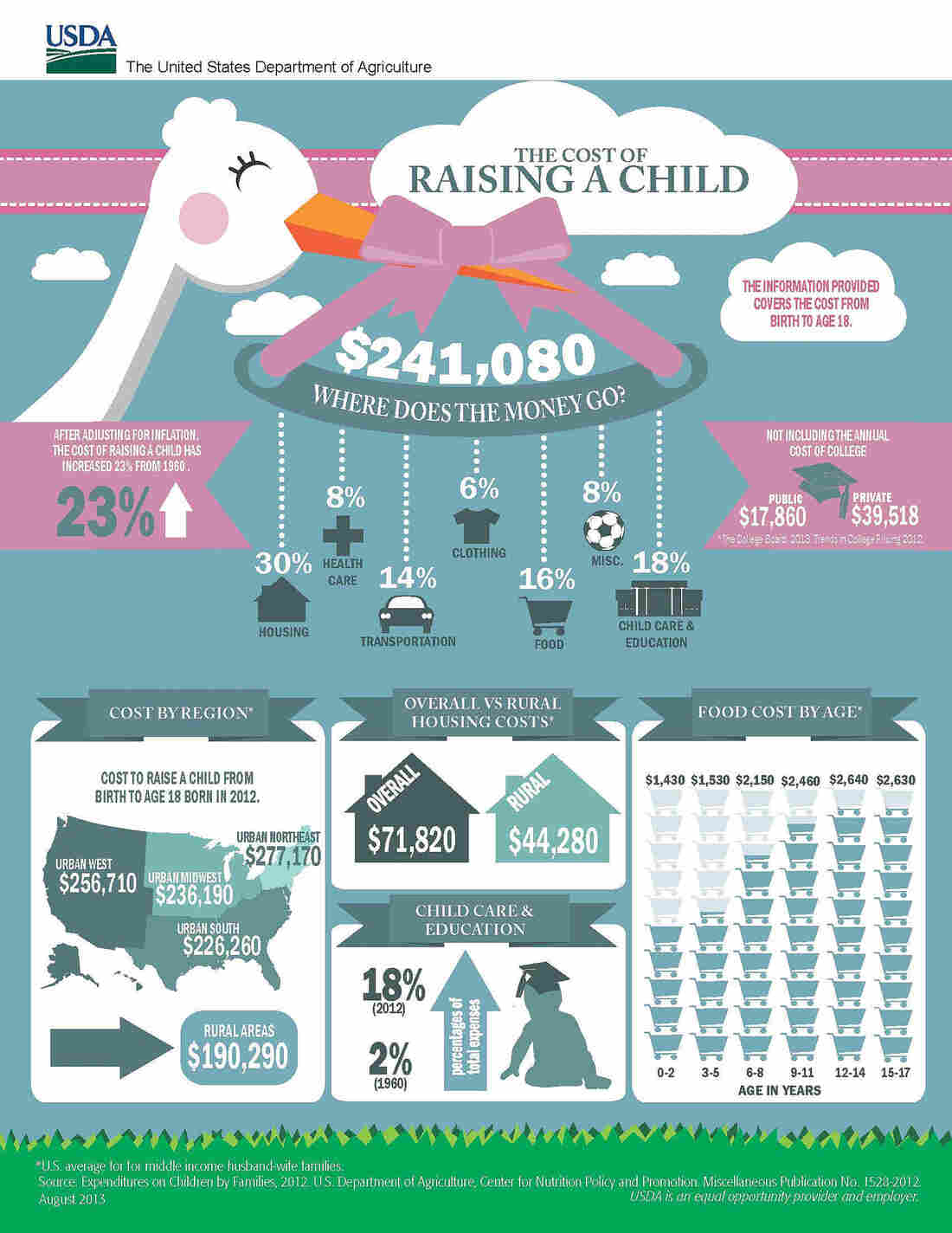 A graphic put together by the USDA. USDA hide caption