Accessibility links
Obama Played Cards The Day Bin Laden Was Killed: Important? : The Two-Way Much is being made of former presidential "body man" Reggie Love's account of spending some time that day playing cards with the president. Another man who was there then says Obama was in the Situation Room while Navy SEALs were on their mission. 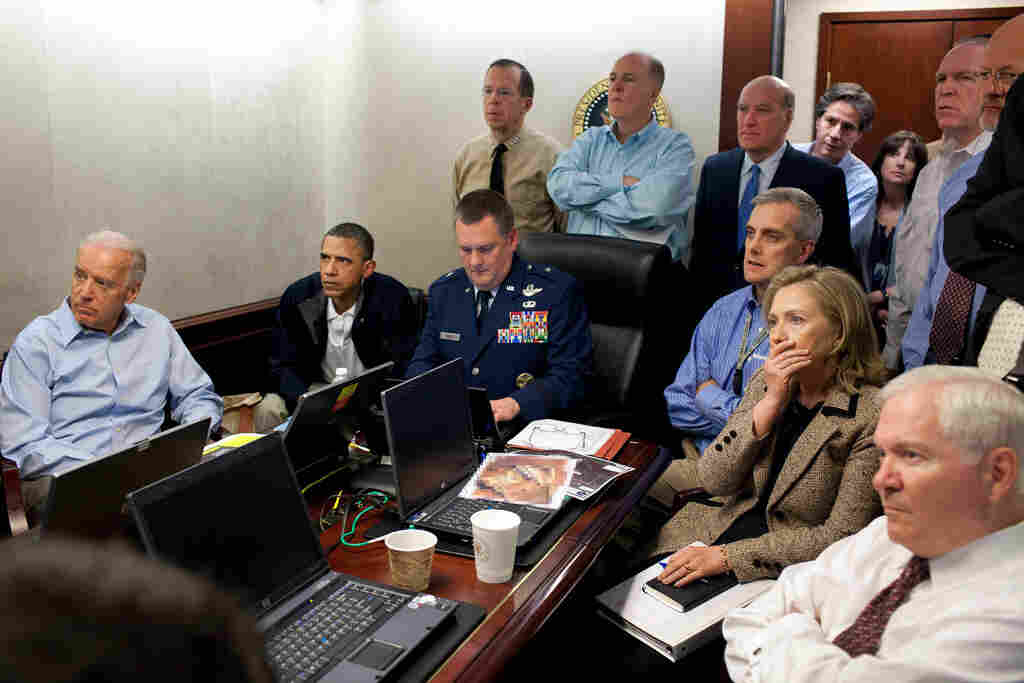 President Barack Obama, Vice President Joe Biden, Secretary of State Hillary Rodham Clinton and other members of his national security team as they monitored the mission that ended with the death of Osama bin Laden in May 2011. Pete Souza/White House hide caption 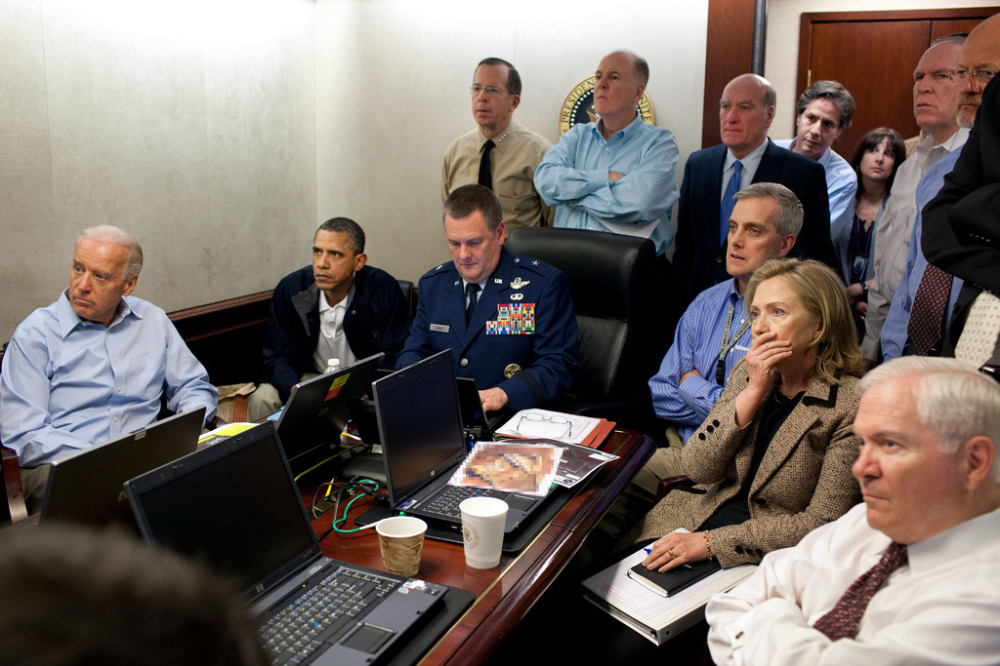 President Barack Obama, Vice President Joe Biden, Secretary of State Hillary Rodham Clinton and other members of his national security team as they monitored the mission that ended with the death of Osama bin Laden in May 2011.

Much is being made of something that former presidential "body man" Reggie Love said earlier this summer during a Q&A at UCLA. His words only came to light this week.

According to Love, on May 1, 2011, the day that Navy SEALs were closing in on Osama bin Laden:

"Most people were like down in the Situation Room, but he [the president] was like, 'I'm not, I can't, I'm not going to be down there, I can't watch this entire thing,' just, so he, myself, Pete Souza, the White House photographer, Marvin [Nicholson], we played, we must have played 15 hands, 15 games of spades."

There's video of Love's comments here and a longer clip in which he gets into other subjects is here (despite what some in the conservative blogosphere are saying, Love's remarks have not been totally erased from the Internet).

Since Love's words surfaced, former top counterterrorism official Michael Leiter, who was at the White House that day and is now an NBC News national security analyst, has said the president:

"Was in the room before they landed in [Pakistan] and also in the Sit. Room until after the helos were out of [Pakistani] airspace. ... He largely stuck around after that, although there were times he stepped out, but not for especially extended periods — except to work the speech."

Meanwhile, the widely read "Allahpundit" at the conservative blog Hot Air has sifted through Love's words and the timeline of that day and concluded that "I don't think Love's talking about O being out of the room during the raid itself but rather for a bit during the aftermath. ... The 'entire thing' Love mentions was probably just the identification process, i.e. updates from [then-CIA Director Leon] Panetta on what they were doing to ID the body, how long it would take, and so forth."

Some other conservatives, such as former Alaska Senate candidate Joe Miller, believe it matters that the president "didn't spend every moment in the White House situation room."

Feel free to discuss in the comments thread.