Accessibility links
There It Is! Area 51 Revealed In Declassified CIA Report : The Two-Way A newly declassified document even includes a map. But there's no word about space aliens being stored there. Also, while UFOs are mentioned, they're said to have been high-flying U2 spy planes.

There It Is! Area 51 Revealed In Declassified CIA Report

There It Is! Area 51 Revealed In Declassified CIA Report

A newly declassified CIA report written in 1992 not only mentions Nevada's Area 51, it places it on a map. What's more, it acknowledges that the place where many sci-fi stories have said space aliens' bodies are being kept is a real-life government facility.

Alas, while the report — a history of the U-2 spy plane program — mentions UFOs, it doesn't say that ET or any of his fellow space travelers are being kept at the site northwest of Las Vegas. 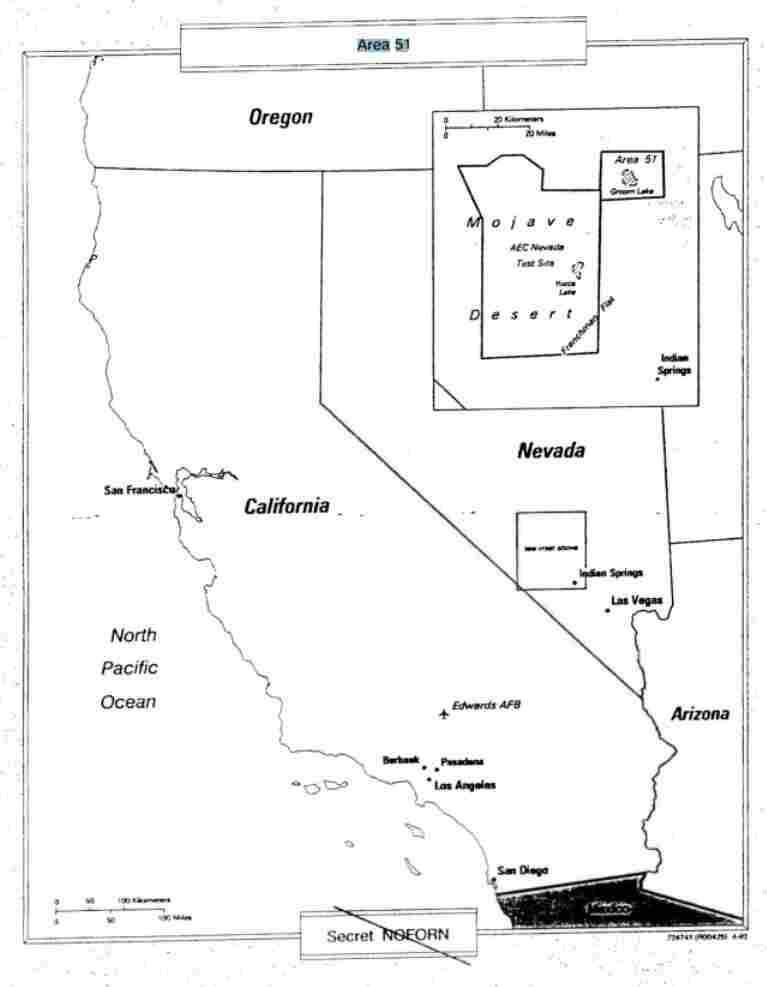 The CIA has put Area 51 on the map. National Security Archive hide caption 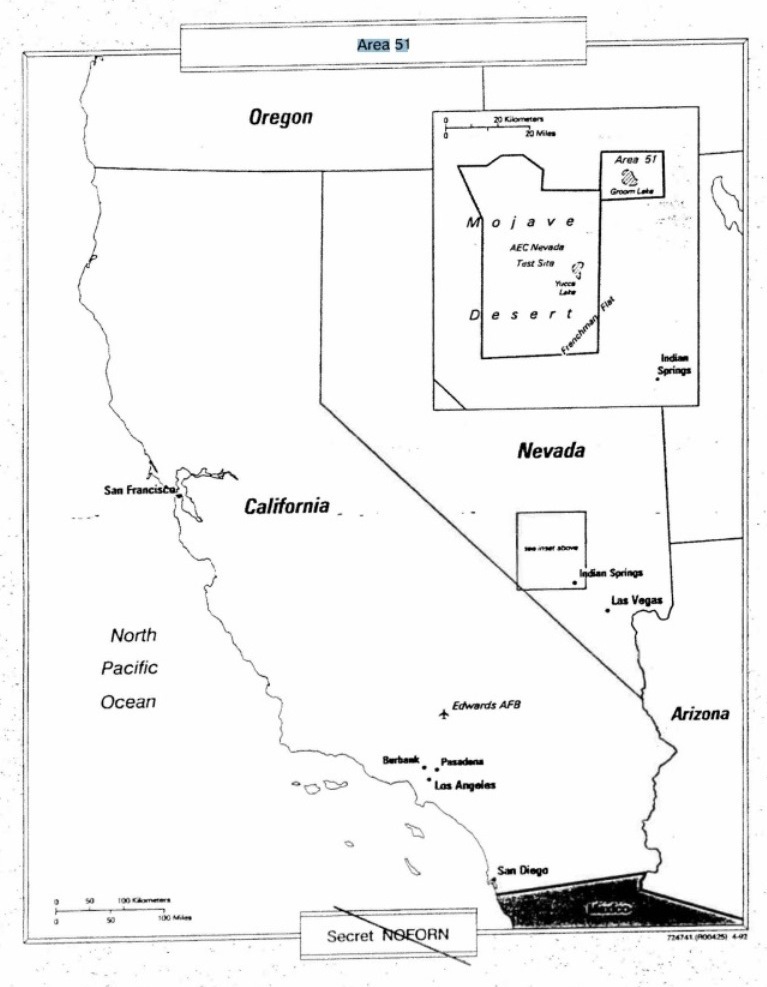 (Side note: No, we're not saying we believe the government's been hiding evidence of aliens. We've got our tongue firmly in our cheek on that point.)

We know all this about Area 51 now because the National Security Archive — "journalists and scholars [who] check rising government secrecy" — used the Freedom of Information Act to get the report declassified.

"While scant particulars on Area 51 have been discovered over the years through other declassified reports and books that contained interviews with people involved in the operative, this new report is the first time the government has openly referred to Area 51 as a government facility, according to Foreign Policy."

The Las Vegas Review-Journal says the report sheds "some of the official mystery surrounding Nevada's role in developing spy planes of the Cold War."

T.D. Barnes, now 75, was a CIA contractor who "arrived at Area 51 in 1968 as a radar expert," the Review-Journal adds. "He said most of the CIA's 'black operations' in Nevada used code names for the projects but not the facility. He said other unofficial names used for the facility include Dreamland, Home Base, Watertown Strip, Groom Lake and Homey Airport. 'The U-2 guys called it Watertown because that was the hometown of the CIA director at the time,' Barnes said, referring to [Allen] Dulles."