Accessibility links
Egyptian Forces Reportedly Clear Mosque Of Morsi Backers : The Two-Way Police and military forces clad in riot gear had surrounded the area in an hours-long siege of the compound in Cairo. 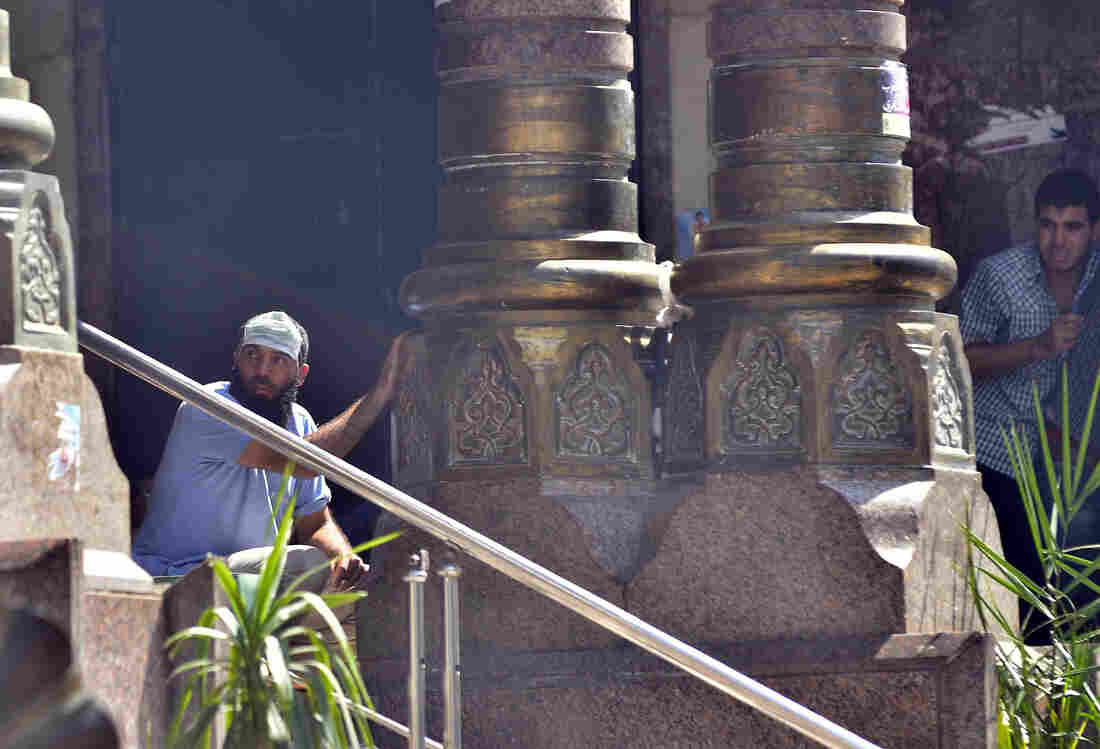 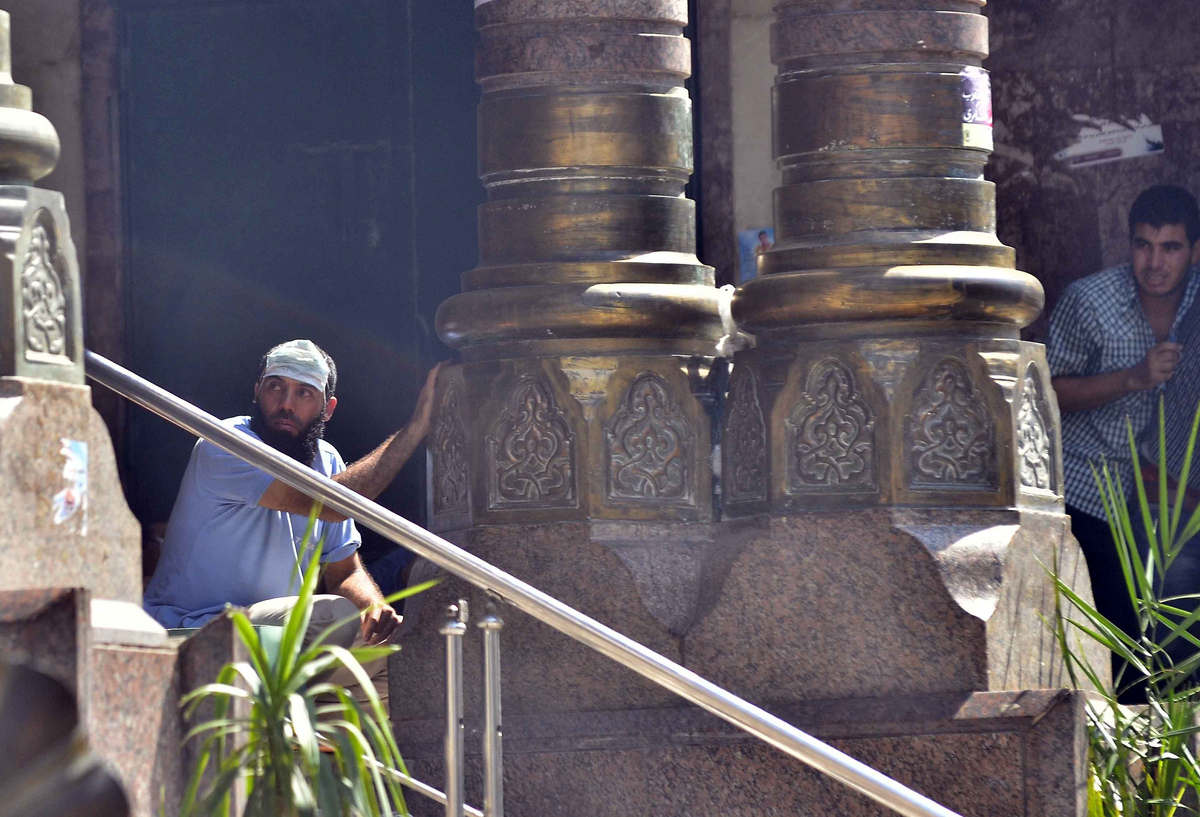 Egyptians shelter behind columns after police exchanged gunfire with supporters of ousted president Mohamed Morsi holed up inside a Cairo mosque on Friday.

Egyptian security forces have stormed a Cairo mosque where supporters of ousted President Mohammed Morsi holed up for hours on Saturday.

Al-Jazeera reports that the Fateh mosque has been cleared of protesters opposed to the July 3 coup that ousted Morsi and the Muslim Brotherhood from power.

The incident came as Egyptian authorities said they are considering disbanding the Muslim Brotherhood, the Islamist organization that has been a fixture of Egyptian politics for decades.

The state MENA news agency reports Saturday that Egyptian prosecutors are investigating some 250 Muslim Brotherhood supporters on suspicion of murder, attempted murder and terrorism. More than 1,000 Brotherhood supporters have reportedly been arrested in the wake of this week's bloody crackdown by government security forces.

Earlier on Saturday, occasional shots could be heard in a live feed from the scene of the standoff at the Fateh mosque, where Al-Jazeera says about 700 Morsi supporters had barricaded themselves inside, refusing to come out for fear of arrest and further violence.

Police and military forces clad in riot gear surrounded the area in an hours-long siege that preceded the storming of the compound on Ramses Square.

At daybreak Saturday, military forces entered the mosque and spoke to protesters, and state-run news service EGYNews reported that officials offered safe passage for those inside. However, a doctor inside the mosque told CNN that protesters believed "thugs" outside would attack them, despite the promises.

The mosque served as a hospital and morgue during clashes on Ramses Square over the past three days of protests, during which military forces were authorized to fire live ammunition.

During Friday's "Day of Rage," more than 80 people were killed, according to The Associated Press. More than 700 have been killed over the past week.

The Muslim Brotherhood has called for a week of rallies protesting Morsi's ouster. Meanwhile, groups that support the military government are calling for counter-demonstrations, the BBC said.

Separately on Saturday, an Egyptian security official tells the AP that the brother of al-Qaida chief Ayman al-Zawahri has been detained at a checkpoint in the city of Giza.

Mohammed al-Zawahri — who was allied with Morsi prior to his ouster — is the leader of the ultraconservative Jihadi Salafist group. The official who confirmed the arrest, speaking on condition of anonymity, provided no further details, the AP says.