Accessibility links
Dozens Dead, 'Huge' Number Missing In Philippine Ferry Sinking : The Two-Way Survivors say people were trapped below deck when the ferry sank "in minutes" after it collided with a cargo ship near the country's second-largest city of Cebu. 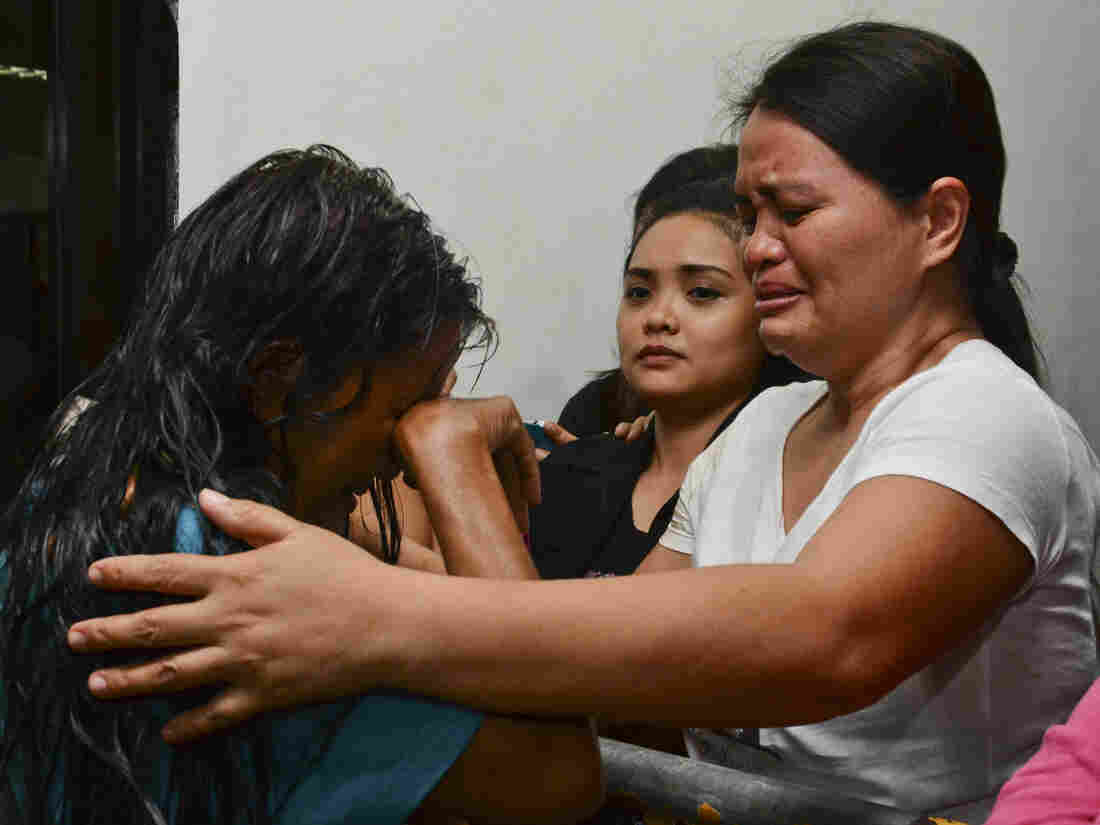 A survivor cries as she arrives at hospital in Cebu after a ferry collided with a cargo ship in Cebu, central Philippines on Friday. AFP/AFP/Getty Images hide caption 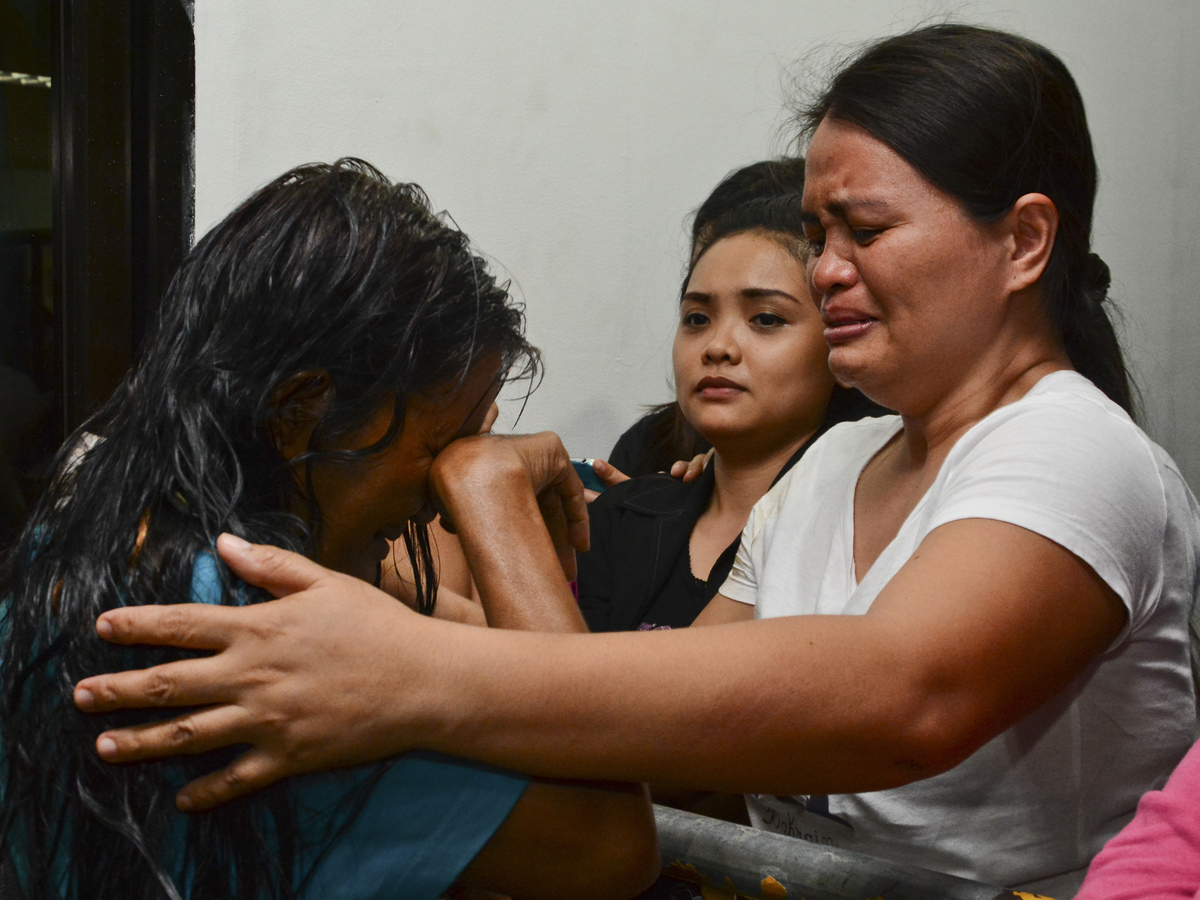 A survivor cries as she arrives at hospital in Cebu after a ferry collided with a cargo ship in Cebu, central Philippines on Friday.

More than 30 people died and nearly 175 reportedly remained missing after a ferry collided with a cargo vessel and sank in the central Philippines.

Reuters reports that a gaping hole was left in the bow of the cargo ship after the collision with the ferry, MV Thomas Aquinas, on Friday near the country's second-largest city of Cebu:

"The 40-year-old ferry was approaching Cebu when it collided with the departing cargo ship, the Sulpicio Express 7, at about 9 pm (1300 GMT). It sank in minutes.

" 'Search and rescue operations by the navy and coast guard are continuing with the help of some commercial vessels,' acting coast guard chief Rear Admiral Luis Tuason told local radio. 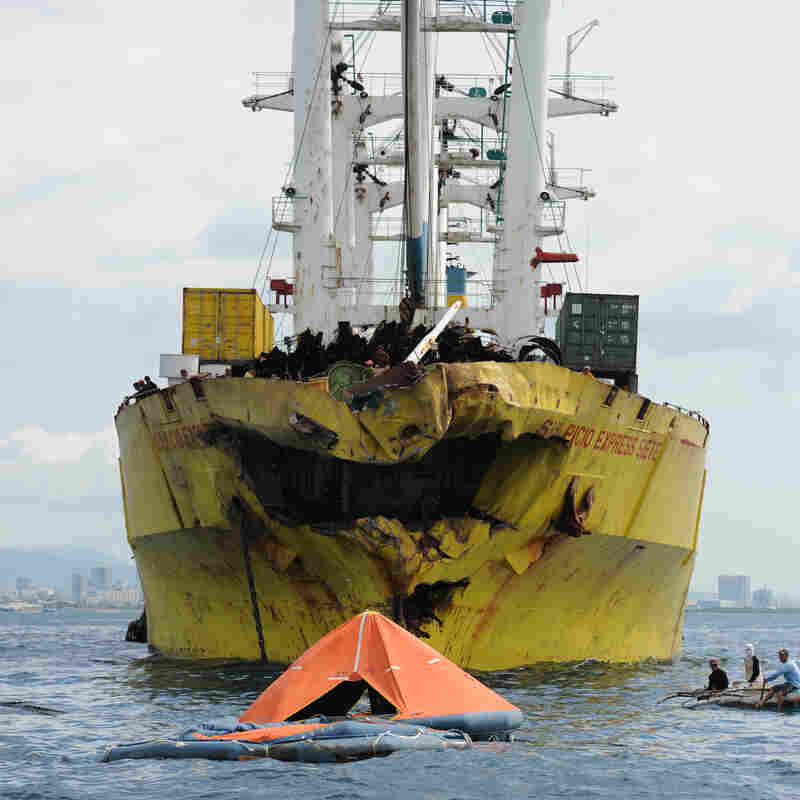 A life raft from the sunken ferry MV Thomas Aquinas floats in front of the cargo ship it collided with on Friday. Ted Aljibe/AFP/Getty Images hide caption 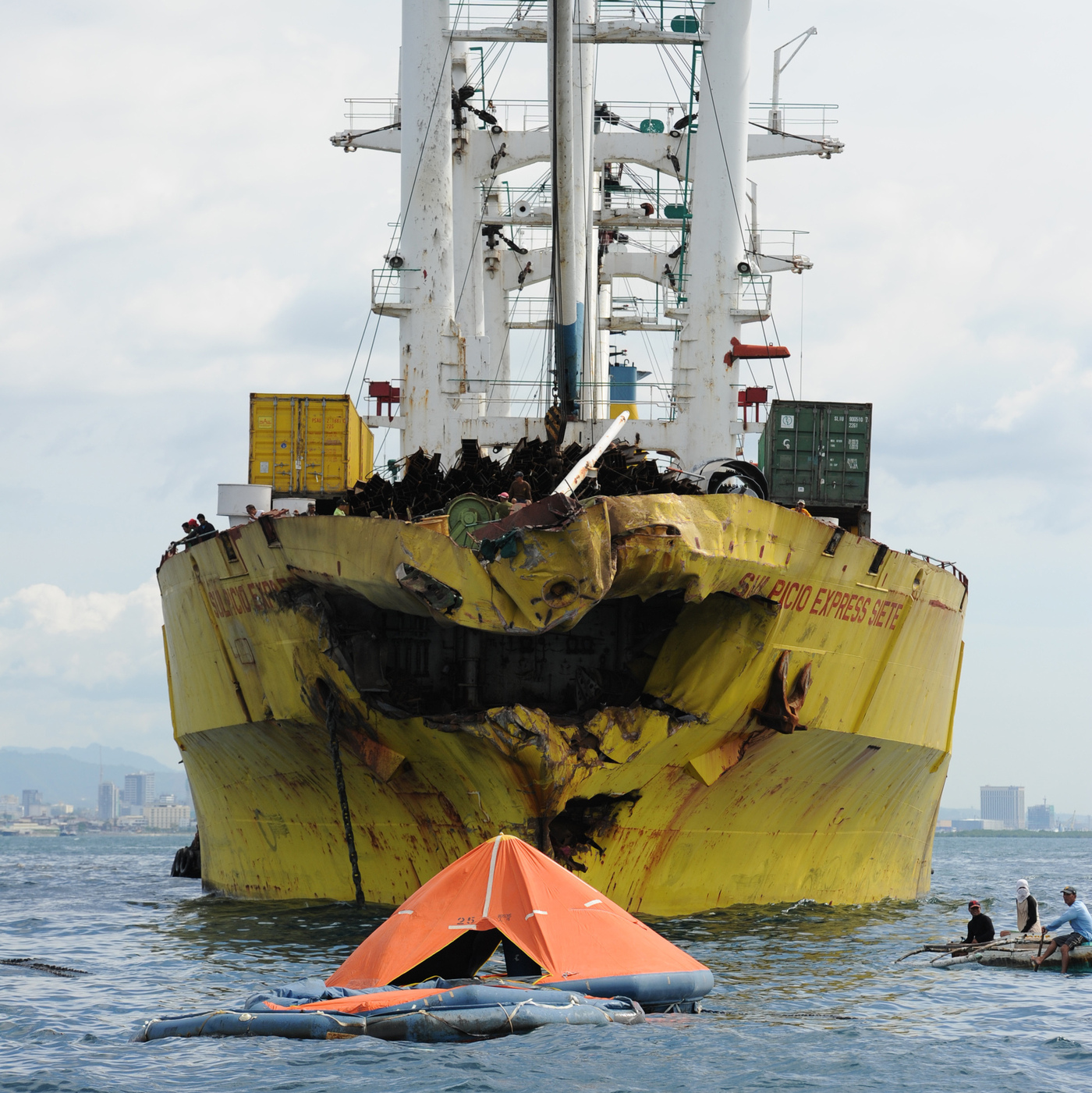 A life raft from the sunken ferry MV Thomas Aquinas floats in front of the cargo ship it collided with on Friday.

Tuason, in an interview with Manila's DZBB radio, said: "The captain managed to declare abandon ship and they distributed life jackets, but because of the speed by which it went down, there is a big chance that there are people trapped inside."

One survivor, Jerwin Agudong, told the radio station that he and other passengers jumped into the water in front of the cargo ship after the two vessels hit.

"It seems some people were not able to get out," Agudong said. "I pity the children. We saw dead bodies on the side, and some being rescued."

It was not immediately clear what caused the accident.

The Washington Post, quoting Philippines' Transportation and Communications Secretary Joseph Abaya, reports that the death toll was at 31, with 629 passengers rescued. Abaya says the ferry carried 831 people at the time of the collision, but the BBC, quoting the Philippine coast guard said 715 were on board. Reuters says many of the survivors were "sick from swallowing oil and seawater."

The Philippines archipelago is no stranger to ferry accidents. As recently as June, 14 people were killed in two separate ferry sinkings in as many days. In the world's worst peacetime shipping disaster, a ferry collided with an oil tanker off Mindoro Island near Manila in December 1987, leaving more than 4,300 people dead.

The Manila Times quotes Lt. Jim Alagao, the public affairs officer of the military's central command, as saying 35 people were dead and 171 missing. The paper said at the time of the accident it was windy and the seas were rough.