Accessibility links
Reports: Mubarak Might Be Freed While Awaiting New Trial : The Two-Way Egypt's former president still faces a retrial for the killing of protesters during the 2011 Arab Spring. But his lawyer and a court official are telling news outlets that Mubarak may be released in the meantime. Meanwhile, newly ousted President Mohammed Morsi continues to be held.

Reports: Mubarak Might Be Freed While Awaiting New Trial

Reports: Mubarak Might Be Freed While Awaiting New Trial 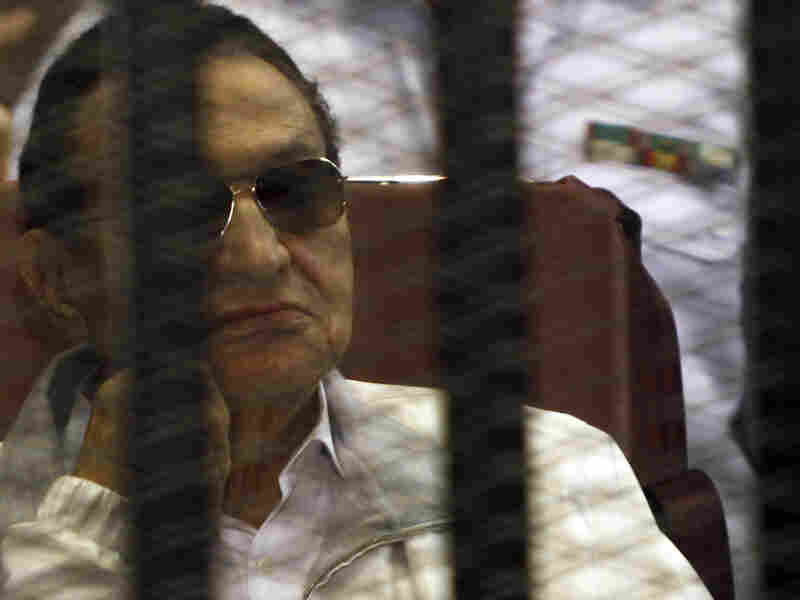 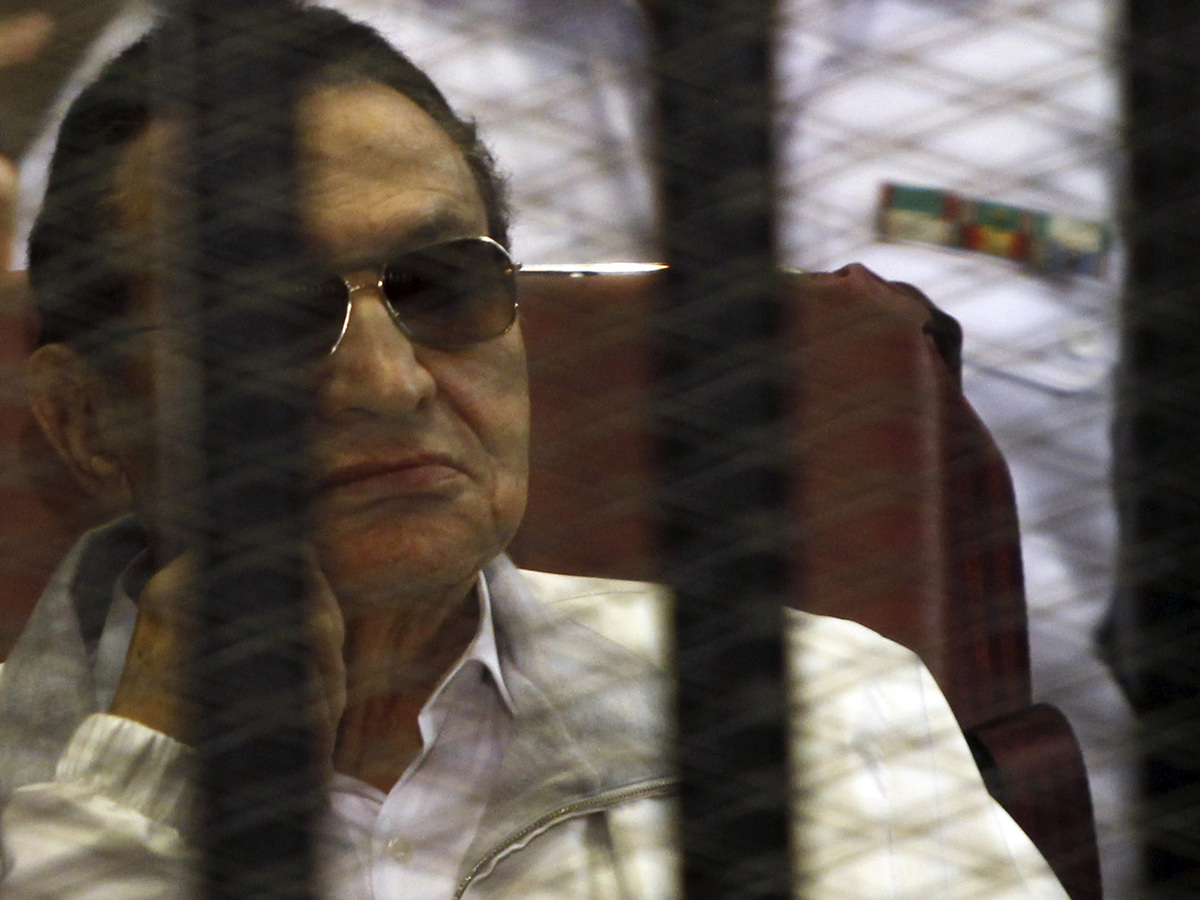 Former Egyptian President Hosni Mubarak sits in the dock during a court hearing in Cairo on June 8.

As fears of civil war rise in Egypt, there are these reports that:

-- "Hosni Mubarak, the former Egyptian president overthrown in an uprising in 2011, will be released from jail soon after a prosecutor cleared him in a corruption case, his lawyer and a judicial source said on Monday." (Reuters)

-- "Egyptian judiciary officials say former President Hosni Mubarak could be freed from custody this week. They say a court on Monday ordered his release in a corruption case that alleged he and his two sons embezzled funds for presidential palaces." (The Associated Press)

NPR Cairo bureau chief Leila Fadel notes that the 85-year-old former president is still being charged in the deaths of protesters during the 2011 demonstrations that led to the toppling of his regime. He also still faces corruption charges. So even if he is released, he's still set to be tried.

Reuters reminds readers that "Mubarak, along with his interior minister, was convicted and sentenced to life in prison last year for failing to stop the killing of protesters in the revolt that swept him from power. He still faces a retrial in that case after appeals from the prosecution and defense, but this would not necessarily require him to stay in jail."

Meanwhile, Egypt's first democratically elected president — Mohammed Morsi — remains out of sight. He was ousted by the military last month and has been held since then. He's being investigated for alleged conspiracy and murder.

Since last Wednesday, when government forces moved to clear Morsi's supporters from sites where they had been protesting his removal from office, more than 900 Egyptians have died and thousands more have been wounded in clashes.