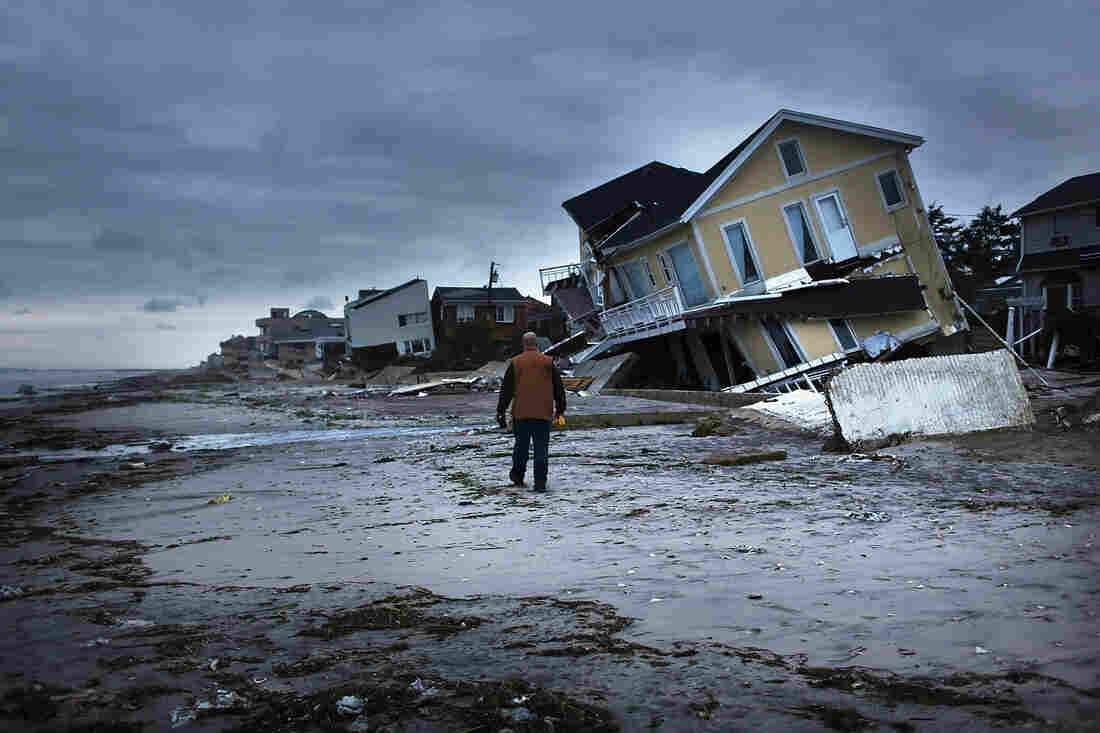 Damage is viewed in the Rockaway neighborhood where the historic boardwalk was washed away during Hurricane Sandy on October 31, 2012. Spencer Platt/Getty Images hide caption 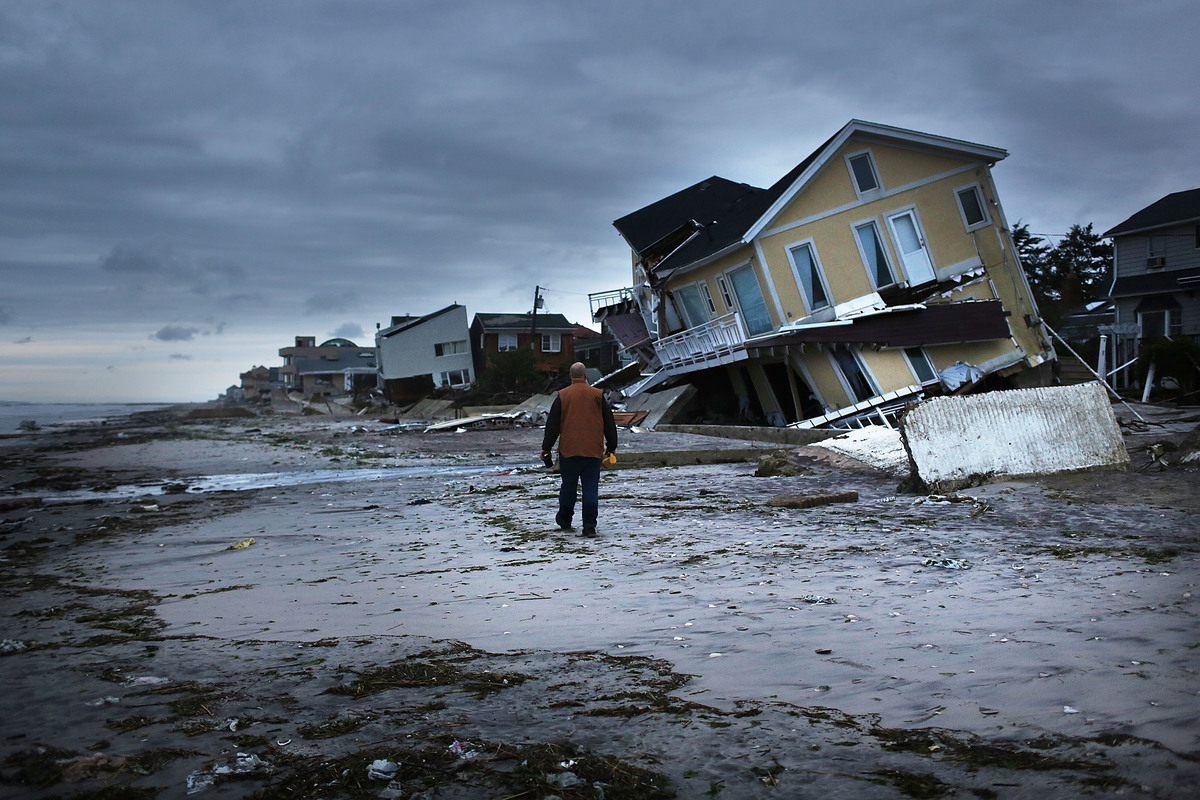 Damage is viewed in the Rockaway neighborhood where the historic boardwalk was washed away during Hurricane Sandy on October 31, 2012.

In a report released today, the Hurricane Sandy Task Force lays out suggestions like building a more resilient and modern electric grid, new flood-protection and more stringent building standards in the affected areas.

"Housing and Urban Development Secretary Shaun Donovan, who chaired the task force, said Monday that the rebuilding strategy "will protect families, small businesses and communities across the region, and the taxpayers' investment in them, from the risks posed by sea level rise and more extreme weather events — risks that are made worse by the reality of a changing climate."

"President Obama said some of the report's 69 policy recommendations have already been adopted, especially on cleaning up the New Jersey and New York shores after the superstorm struck in late October, and helping rebuild homes and businesses.

"'We have cut red tape, piloted cutting edge programs and strengthened our partnership with state and local officials,' Obama said. 'While a great amount of work remains, we will stand with the region for as long as it takes to recover.'"

The AP reports the task force "strongly opposes simply rebuilding structures as they were before they were devastated by October's historic storm."

"The presidential task force report didn't delve deeply into what types of infrastructure might be best suited to protect the shoreline. It endorsed a greater use of natural barriers such as wetlands and sand dunes, but it said better tools were needed to help planners evaluate what works and to quantify the long-term benefits of those types of projects.

"It said the government should find ways to encourage the private sector to develop fuel distribution and telecommunications systems that are less likely to be crippled by extended power outages. After Sandy, drivers in New York and New Jersey had problems finding gas stations that still had fuel because of a series of problems that rippled through the distribution system. Cellphone networks were snuffed out in some areas because of equipment that lacked adequate battery power, or other backup electrical supplies."

Charles Lane of member station WSHU reports that the report also serves as a guide for the $50 billion in federal money sent to New York, Connecticut and New Jersey after the storm. The report, however, doesn't promise any new federal funds for improvements.