Accessibility links
Guardian Editor: U.K. Govt. Destroyed Hard Drives With NSA Leaks : The Two-Way The editor said the newspaper is undeterred in its reporting. It just won't report that story from London. 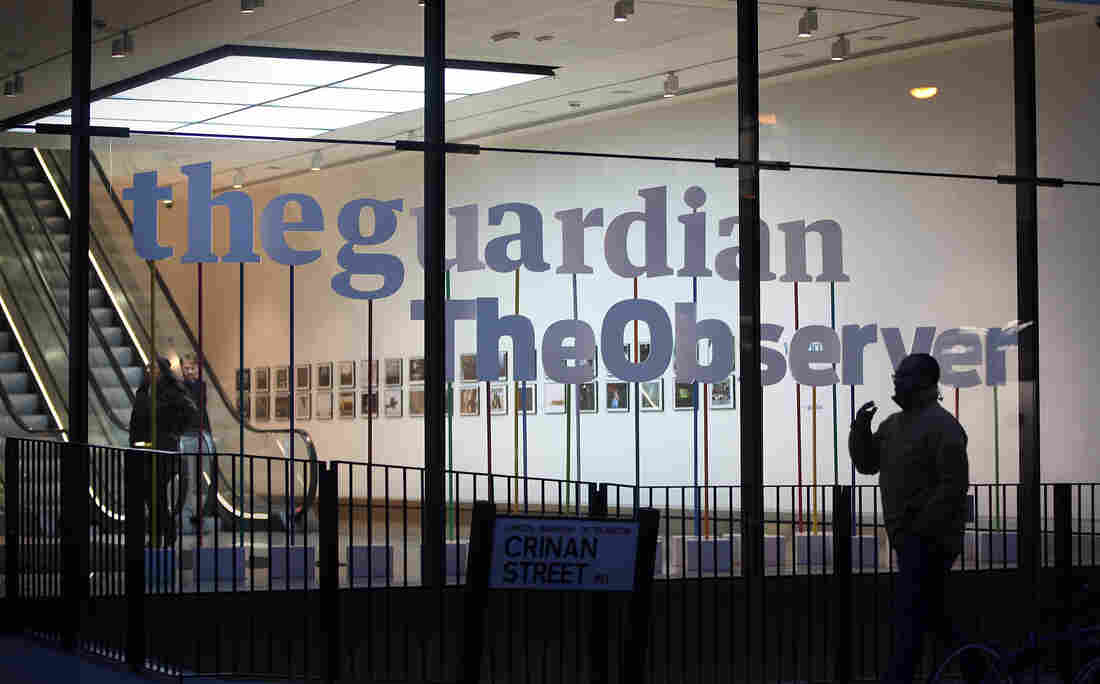 The offices of The Guardian and The Observer in London. Peter Macdiarmid/Getty Images hide caption 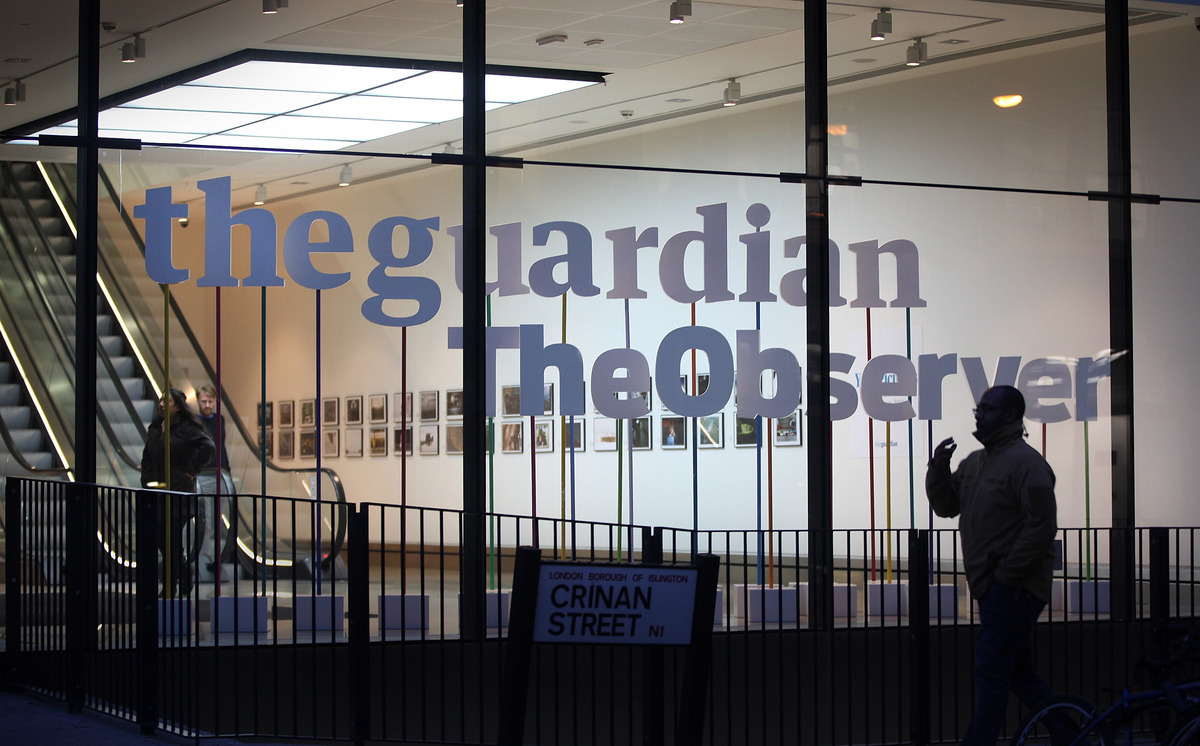 The offices of The Guardian and The Observer in London.

A day after journalist Glenn Greenwald's partner was detained by authorities at London Heathrow Airport, the editor of the British newspaper that employs Greenwald is making a bomb-shell allegation: Alan Rusbridger writes that the British spy agency raided the offices of the The Guardian and destroyed hard drives containing some of the classified information leaked by former NSA contractor Edward Snowden.

Rusbridger writes that about two months ago he was asked by a senior British official to hand over or destroy whatever classified information the newspaper had. Rusbridger continues:

"During one of these meetings I asked directly whether the government would move to close down the Guardian's reporting through a legal route – by going to court to force the surrender of the material on which we were working. The official confirmed that, in the absence of handover or destruction, this was indeed the government's intention. Prior restraint, near impossible in the US, was now explicitly and imminently on the table in the UK. But my experience over WikiLeaks – the thumb drive and the first amendment – had already prepared me for this moment. I explained to the man from Whitehall about the nature of international collaborations and the way in which, these days, media organisations could take advantage of the most permissive legal environments. Bluntly, we did not have to do our reporting from London. Already most of the NSA stories were being reported and edited out of New York. And had it occurred to him that Greenwald lived in Brazil?

"The man was unmoved. And so one of the more bizarre moments in the Guardian's long history occurred – with two GCHQ security experts overseeing the destruction of hard drives in the Guardian's basement just to make sure there was nothing in the mangled bits of metal which could possibly be of any interest to passing Chinese agents. 'We can call off the black helicopters,' joked one as we swept up the remains of a MacBook Pro.

"Whitehall was satisfied, but it felt like a peculiarly pointless piece of symbolism that understood nothing about the digital age. We will continue to do patient, painstaking reporting on the Snowden documents, we just won't do it in London."

Of course, Rusbridger wrote the piece in response to the detention of David Miranda. As Mark reported earlier today, Greenwald said U.K. authorities asked Miranda about his Snowden reporting.

Greenwald charged that the detention was an attack "on the news-gathering process and journalism."