Accessibility links
U.S. Sen. Ted Cruz To Renounce Canadian Citizenship : The Two-Way The Dallas Morning News reported Cruz holds dual U.S. and Canadian citizenship. In a statement, Cruz, who's been mentioned as a possible presidential candidate, announced plans to give up his Canadian citizenship. 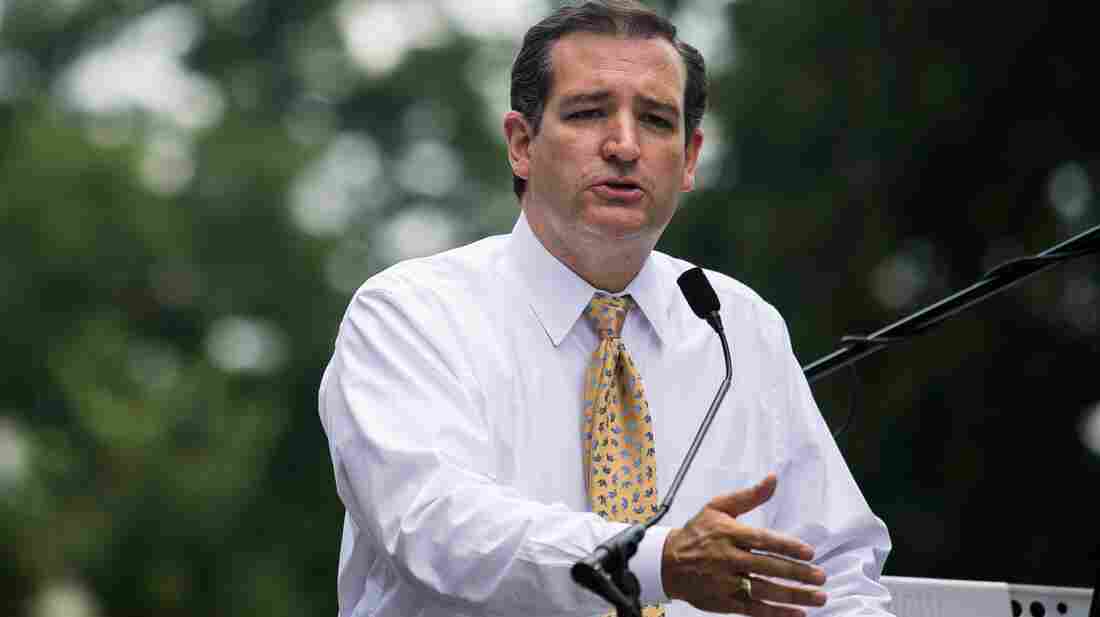 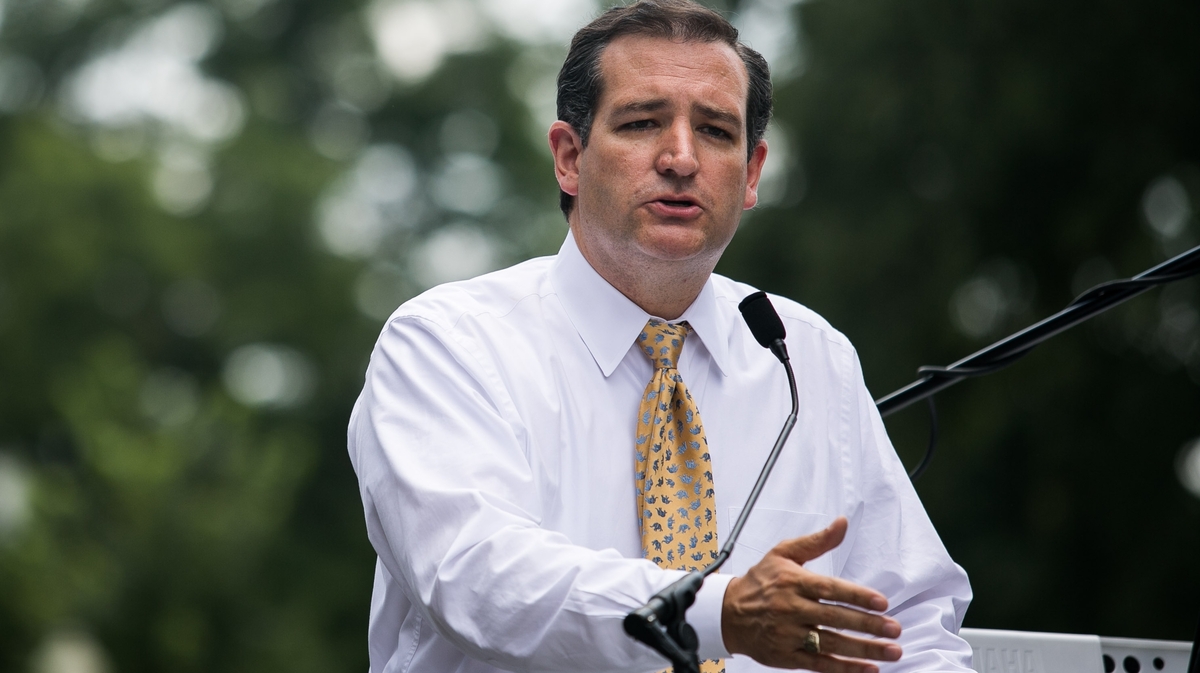 Republican Sen. Ted Cruz of Texas speaks about immigration during a march near Capitol Hill in July.

Republican Sen. Ted Cruz of Texas has been mentioned as a possible presidential candidate in the 2016 election. But to run for president, the U.S. Constitution says a candidate must be a "natural born" U.S. citizen; it doesn't mention dual citizenship.

The Dallas Morning News has reported that Cruz holds dual U.S. and Canadian citizenship. Amid concerns that being born in Canada could derail a possible presidential bid, Cruz released his birth certificate to the paper.

In a statement released Monday night, Cruz says, "Because my mother was a U.S. citizen, born in Delaware, I was a U.S. citizen by birth. When I was a kid, my Mom told me that I could choose to claim Canadian citizenship if I wanted. I got my U.S. passport in high school."

In the statement, Cruz, a Tea Party favorite, announced plans to renounce his Canadian citizenship.

President Obama in 2011 released a copy of his birth certificate confirming his birth in Hawaii. He was born to an American mother and Kenyan father, and faced sharp criticism from some conservatives who claimed he wasn't an American citizen.