Accessibility links
Shot Through Mouth Was Bombing Suspect's Most Severe Injury : The Two-Way A doctor's testimony about Dzhokhar Tsarnaev's condition was released this week. The 20-year-old has pleaded not guilty to charges related to the Boston Marathon bombings and the murder three days later of a MIT police officer.

Shot Through Mouth Was Bombing Suspect's Most Severe Injury

Shot Through Mouth Was Bombing Suspect's Most Severe Injury

When Boston Marathon bombings suspect Dzhokhar Tsarnaev arrived at the city's Beth Israel Deaconess Medical Center on April 19 he had "multiple gunshot wounds, the most severe of which appears to have entered through the left side inside of his mouth and exited the left face," the doctor who treated Tsarnaev testified in court three days later.

Dr. Stephen Odom, a trauma surgeon, was not asked his opinion about whether Tsarnaev may have fired that shot himself, a court document indicates. Our colleagues at WGBH have posted a transcript of Odom's testimony, which was released Monday. We'll embed a copy in this post as well. 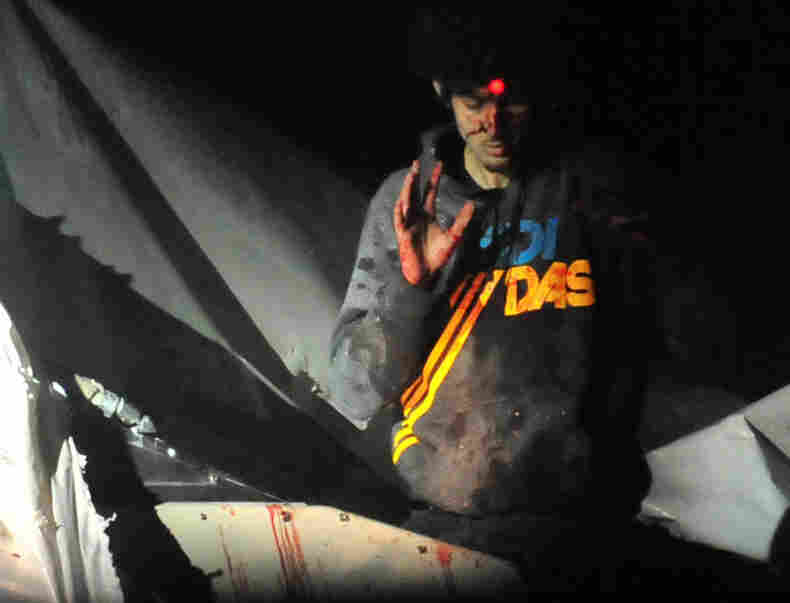 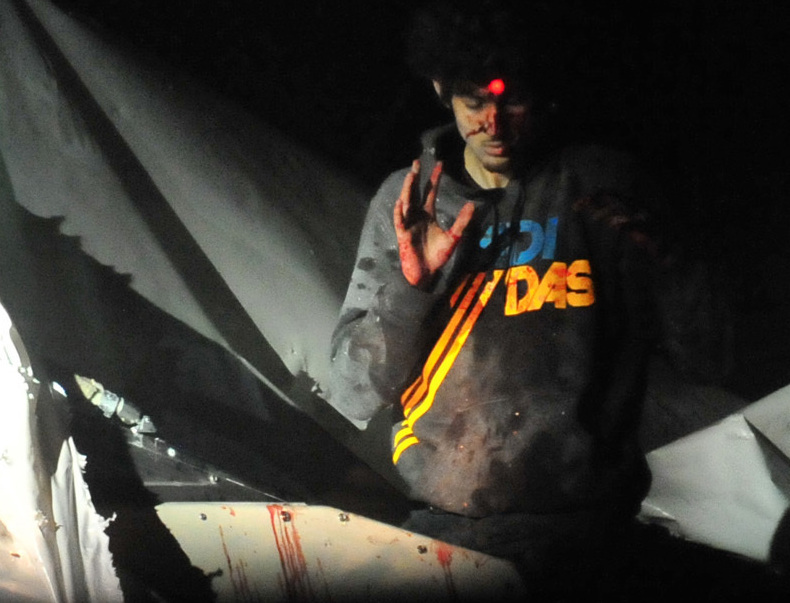 Odom said the shot to the face "was a high-powered injury" that also caused a skull fracture. Tsarnaev, authorities say, used a Ruger P95 9mm semiautomatic handgun during a crime spree across the Boston area the week of April 15.

Tsarnaev's other injuries included "multiple gunshots [sic] wounds to the extremities" and broken bones in his left hand, Odom testified.

Native Chechens (Dzhokhar had become a U.S. citizen and Tamerlan was a legal resident), the brothers may have become radical Islamists. According to some news reports, in a message written on the wall of the boat where he was found hiding, Dzhokhar Tsarnaev claimed responsibility for the attack and said it was motivated by anger over the Afghan and Iraq wars.

Tamerlan Tsarnaev died from injuries he received during a gun battle with police in Watertown, Mass., late on April 18. Dzhokhar Tsarnaev was captured in Watertown on the evening of the 19th. He had been hiding in a boat stored in a backyard. Among the charges in a 30-count indictment of Dzhokhar Tsarnaev: that he used weapons of mass destruction — the bombs — to intentionally kill Martin Richard, 8, of Dorchester, Mass., Krystle Campbell, 29, of Medford, Mass., and Lu Lingzi, 23, of China, a student at Boston University.

Tsarnaev has pleaded not guilty.