Accessibility links
Dick Van Dyke Can Still Laugh After His Car Burns To A Crisp : The Two-Way "Used Jag for sale REAL CHEAP!!" the comic actor tweeted after his car broke down and burst into flames. He was helped to safety by some passersby. "Somebody's looking after me," the 87-year-old TV veteran says. 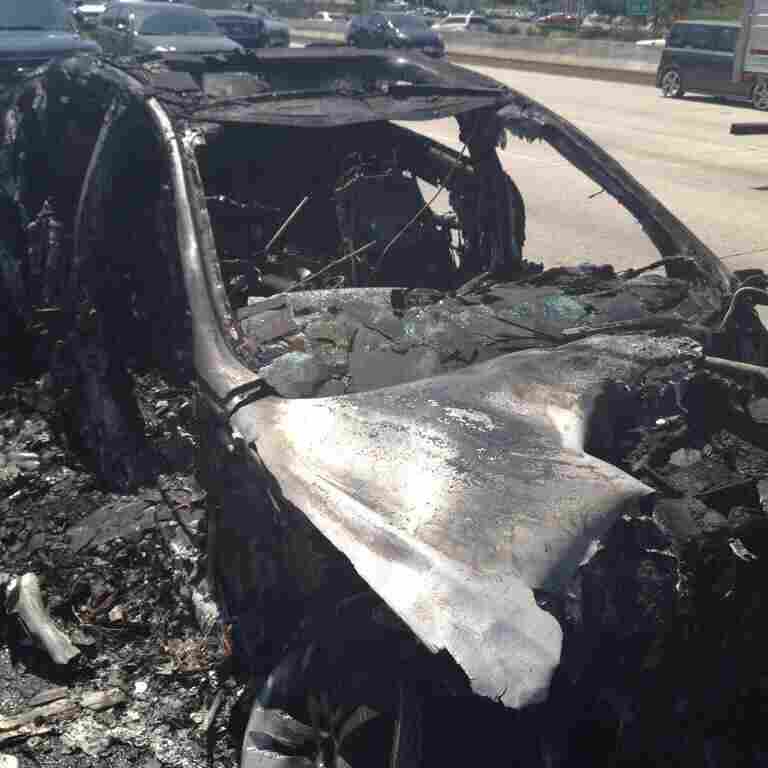 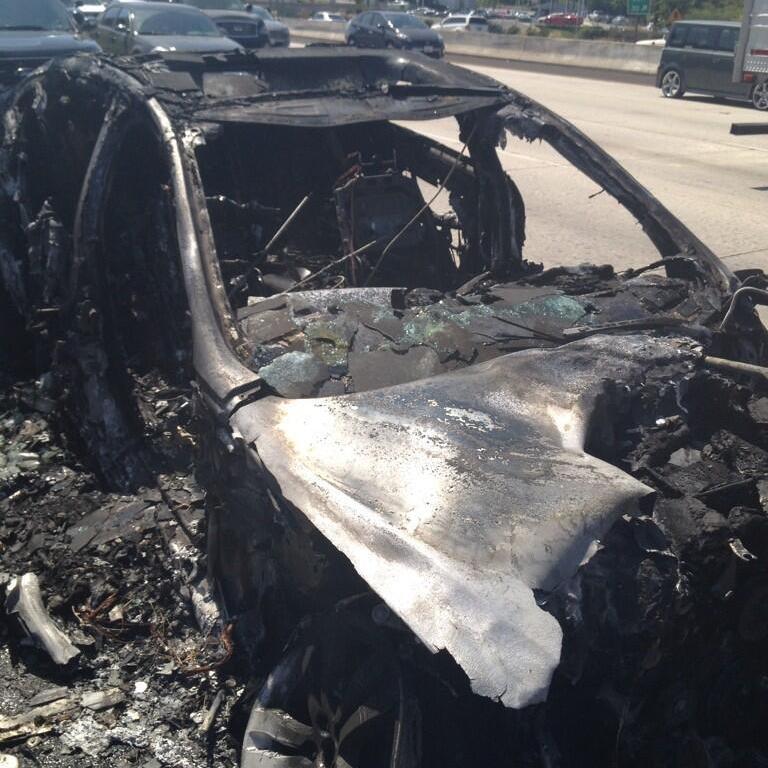 Dick Van Dyke's car after the fire. He's willing to sell it.

We're glad to report that 87-year-old comic actor Dick Van Dyke is alive and well after some scary moments Monday on a Los Angeles freeway.

We're also glad to be able to say that he's still got his sense of humor.

"Used Jag for sale REAL CHEAP!!" he tweeted, along with a photo, after escaping injury when his car broke down and then caught fire.

Some helpful strangers who thought Van Dyke had passed out (he tells TMZ he was just looking down and dialing his phone) pulled the star from his vehicle. Moments later, it burst into flames. "Somebody's looking after me," he says.

Along with the Twitpic of the car, there's also a Vine clip that's been posted by Van Dyke's wife Arlene. It seems they're quite familiar with social media.