Accessibility links
New Reports Of Chemical Weapons In Syria; Many May Be Dead : The Two-Way Opposition activists say more than 200 people are dead after explosions near Damascus. Their claim that some type of poisonous gas was used is being denied by President Bashar Assad's regime.

New Reports Of Chemical Weapons In Syria; Many May Be Dead

New Reports Of Chemical Weapons In Syria; Many May Be Dead 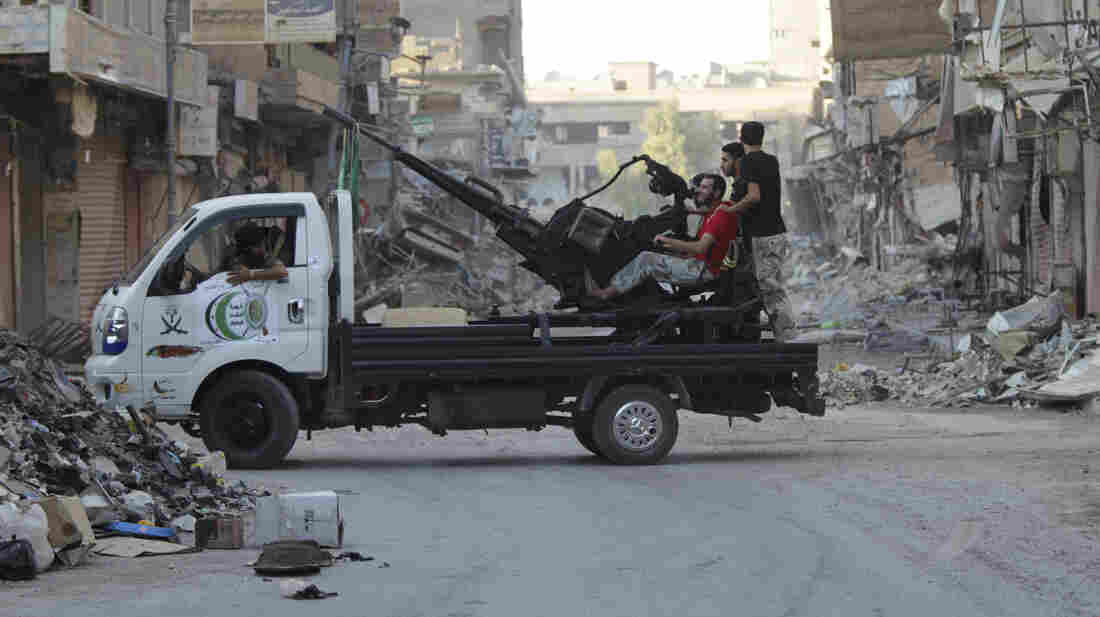 Free Syrian Army fighters man an anti-aircraft gun on the back of a truck in Deir al-Zor on Tuesday. Reuters/Landov hide caption 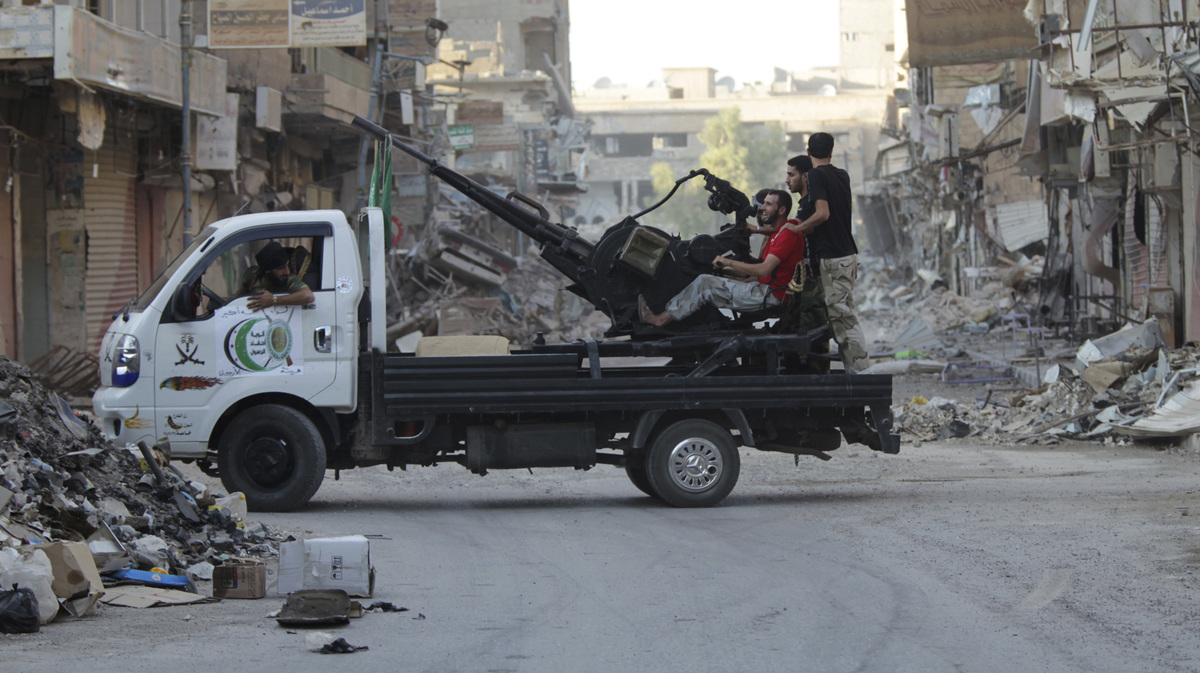 Free Syrian Army fighters man an anti-aircraft gun on the back of a truck in Deir al-Zor on Tuesday.

"Two Syrian pro-opposition groups are claiming that dozens of people were killed Wednesday in a poisonous gas attack near Damascus," NPR's Jean Cochran reported earlier this morning on our Newscast. The groups are blaming the attack on government forces, she said.

"The reports have not been independently confirmed," Jean added, and President Bashar Assad's regime says the claims are "baseless."

This news comes as a U.N. team is in Syria to investigate earlier alleged uses of chemical weapons.

The BBC's Naomi Grimley adds that opposition groups have released "distressing pictures [that] show children lying limp in the arms of adults" and adults being hosed down, allegedly to wash away chemicals. But, she says, those images haven't been independently verified.

According to CNN, "the explosions took place in eastern and western Ghouta, rebel strongholds that the regime has for more than a year been desperately trying to take back. They don't want rebels pushing into the capital."

British Foreign Secretary William Hague says in a statement released by his office that he is "deeply concerned by reports that hundreds of people, including children, have been killed in airstrikes and a chemical weapons attack on rebel-held areas near Damascus."

"These reports are uncorroborated and we are urgently seeking more information. But it is clear that if they are verified, it would mark a shocking escalation in the use of chemical weapons in Syria. Those who order the use of chemical weapons, and those who use them, should be in no doubt that we will work in every way we can to hold them to account. I call on the Syrian Government to allow immediate access to the area for the UN team currently investigating previous allegations of chemical weapons use. The U.K. will be raising this incident at the UN Security Council."

Since early 2011, when protests against the Assad regime began, Syria has slid into what's now effectively a civil war. About 100,000 people have died, many of them civilians, the U.N. estimates.