Accessibility links
Bradley Manning Sentenced To 35 Years In WikiLeaks Case : The Two-Way The 25-year-old former Army intelligence analyst was responsible for the largest leak of classified information in U.S. history. In 2010, he gave WikiLeaks more than 700,000 documents. A judge handed down his sentence Wednesday. The maximum punishment possible was 90 years in prison. 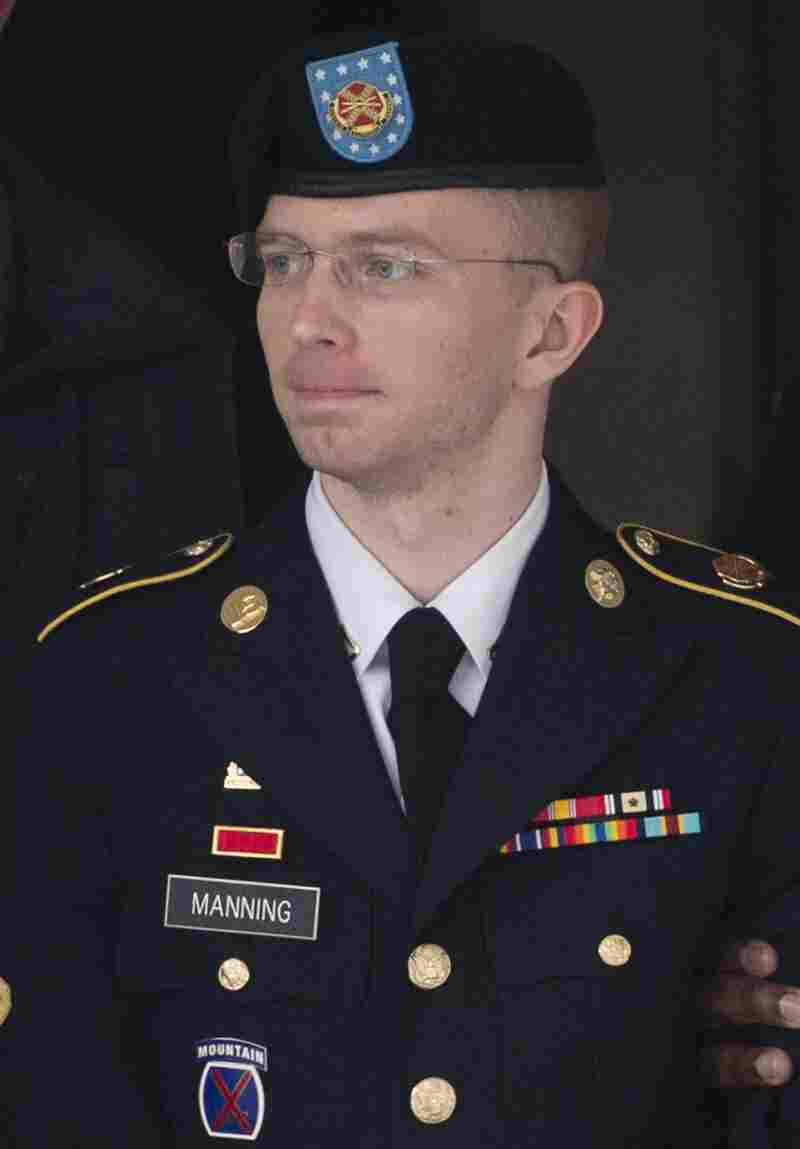 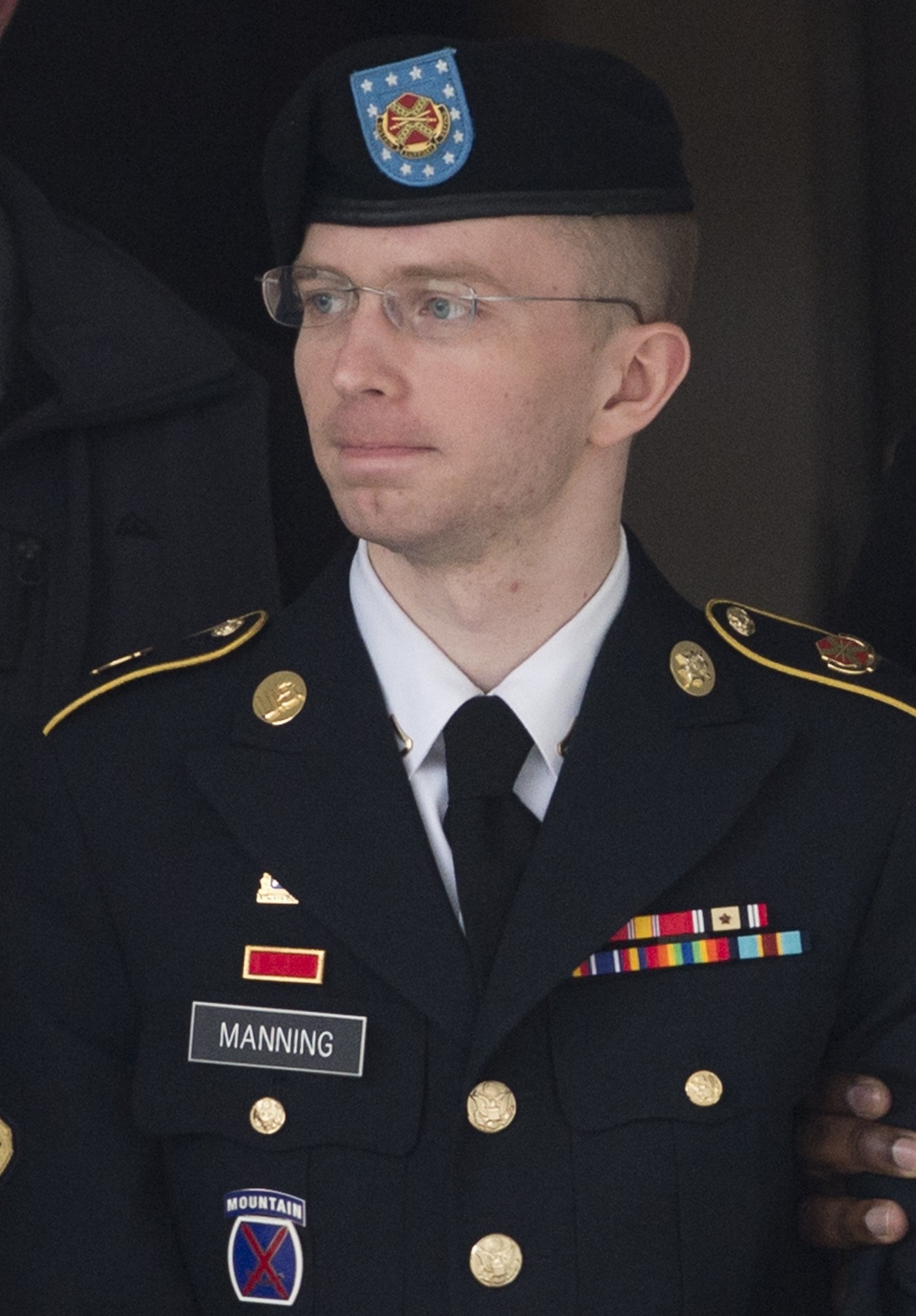 Army Pfc. Bradley Manning, who was responsible for the largest leak of classified information in U.S. history, was sentenced by a military judge to 35 years in prison Wednesday, according to reporters covering the trial at Fort Meade, Md. He'll get about 3 1/2 years' credit for time he's already spent behind bars.

-- Manning is also to be dishonorably discharged.

-- The maximum sentence possible was 90 years.

-- Prosecutors had asked that he be given 60 years.

Also: "Manning's sentence will automatically be sent to the Army Court of Criminal Appeals," The New York Times adds. "Before the next phase can begin, the entire court-martial proceedings must be turned into an official transcript, which both the defense and prosecution, as well as the judge, must approve; that process is expected to take considerable time. Pretrial hearings started in 2012, and the trial itself began in early June."

During a press conference, Manning's civilian attorney David Coombs said they will appeal the judge's sentence and also seek a presidential pardon for Manning.

Coombs said the sentence and the initial aiding-the-enemy charge sends a "chilling message" to whistleblowers that comes "all the way from the top."

"This administration has gone after more whistleblowers than anyone," said Coombs.

Coombs said he hopes Manning will leave prison in the "near term," perhaps as soon as in three years when he is due for a hearing before the clemency board.

"This doesn't have to define him," Coombs said.

Army Pfc. Bradley Manning, the former intelligence analyst responsible for the largest leak of classified information in U.S. history, is to learn Wednesday just how many decades he'll be sentenced to serve behind bars.

Manning faces a maximum sentence of 90 years in prison for the crimes he committed in 2010. Prosecutors, as The Associated Press reports, have asked that he be put away for at least 60 years. "The defense," adds the AP, "has suggested a prison term of no more than 25 years, so that Manning, 25, could rebuild his life. Defense attorney David Coombs asked for a sentence that 'doesn't rob him of his youth.' "

Earlier this week, Manning told the military judge at Fort Meade, Md., that "I'm sorry I hurt people. ... I'm sorry that I hurt the United States. I'm apologizing for the unexpected results of my actions. The last three years have been a learning experience for me."

The judge has said she plans to begin spelling out Manning's sentence at 10 a.m. ET. We'll watch for that news and update this post.

Manning was convicted in July of most of the charges he faced, including multiple counts of espionage. But he was acquitted of the most serious: aiding the enemy. As we've previously written, he admitted that in early 2010 he gave WikiLeaks "more than 700,000 documents, including battlefield reports and U.S. Embassy cables."