Accessibility links
New Zealand Passes Law That Allows Domestic Spying : The Two-Way The law was inspired by the revelation of illegal spying on Kim Dotcom, but comes amid worldwide discussion about just how much spying governments should be allowed to perform on their own citizens. 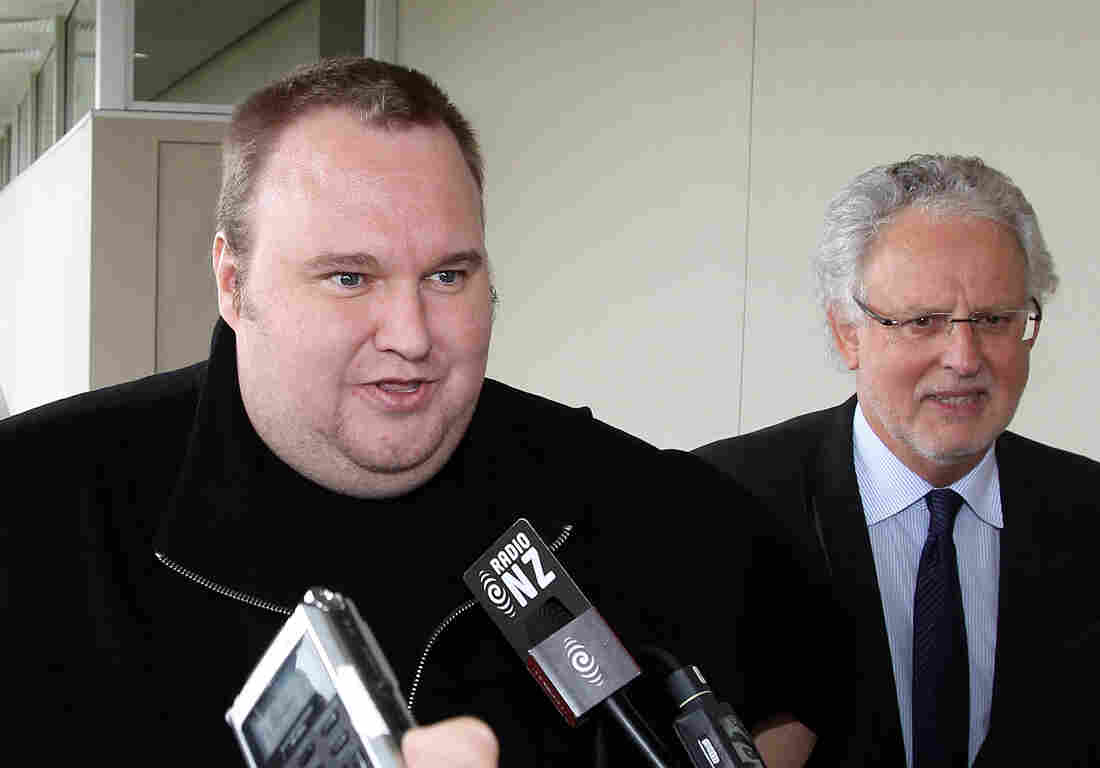 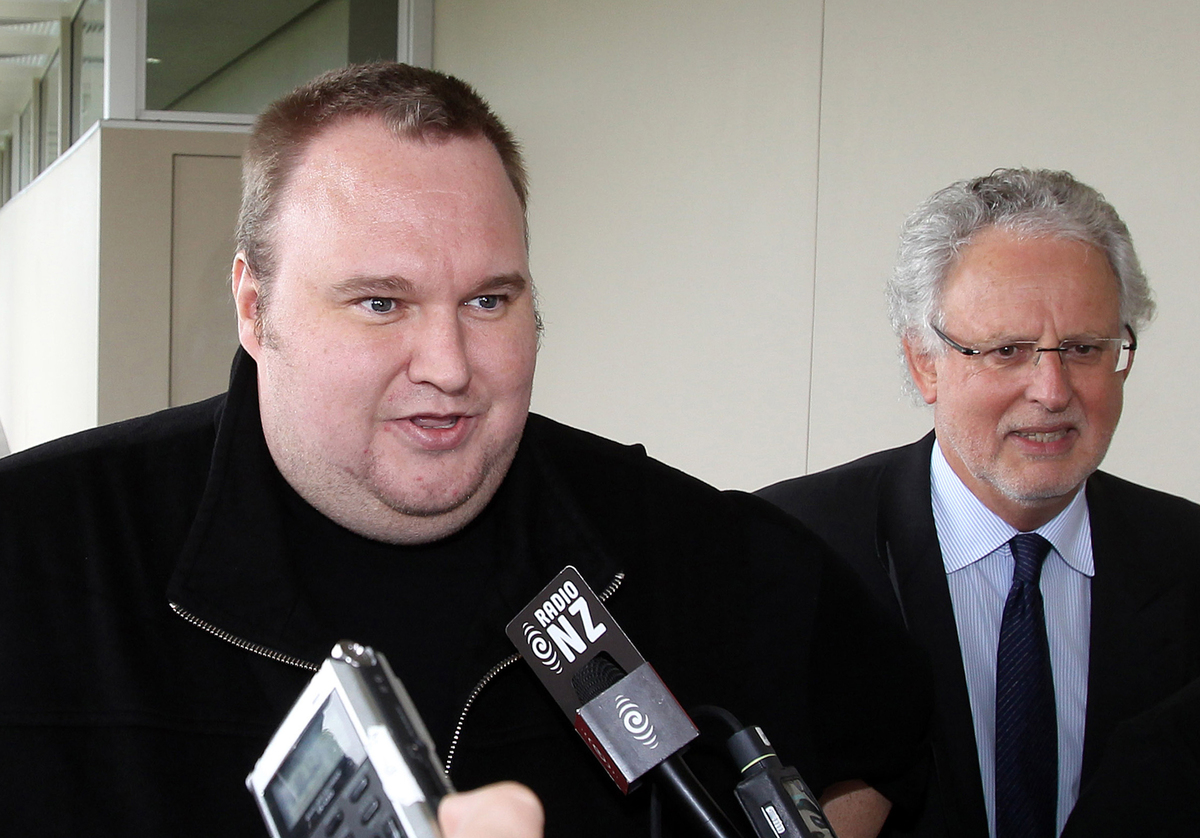 Megaupload boss Kim Dotcom, left, leaves court after he was granted bail in the in Auckland, New Zealand.

Saying it was vital to the country's national security, New Zealand passed a controversial law today that allows the Government Communications Security Bureau — the country's NSA equivalent — to spy on New Zealanders on behalf of law enforcement.

The law was approved by a razor-thin — 61-59 — margin and comes in the shadow of a worldwide discussion of just how much spying governments should be allowed to conduct on their own citizens.

This law, however, was inspired by Kim Dotcom, the Internet mogul whom the United States is looking to extradite on accusations of mass piracy.

"GCSB worked with US officials to investigate Mr Dotcom over allegations of online piracy and money laundering. Mr Dotcom, who denied the charges, is fighting extradition to the US.

"In March, a court ruled that Kim Dotcom could sue the GCSB for illegally spying on him."

Australia's Herald Sun reports that Prime Minister John Key told Parliament the law was necessary to remove ambiguity in current law, which may or may not permit spying on New Zealanders.

"Launching the third reading debate, Mr. Key said that since he became prime minister four-and-a-half years ago he had been frequently briefed by the intelligence agencies on issues which deeply concerned him.

"'If I could reveal them, they would cut dead some of those who oppose this bill,; he said. 'I can't, all I can do is assure New Zealanders the GCSB is essential to our national security.'

"Mr Key again gave an assurance he would never allow 'wholesale spying' on citizens and residents, saying there would be very tight warrant processes to protect individual privacy."

The Guardian reports that critics of the legislation reject the prime minister's assurances saying the law opens "a door to mass surveillance of electronic communications."