Accessibility links
President Unveils Plan To Boost College Affordability : The Two-Way Under the plan, colleges and universities would be rated on their affordability, graduation rates and the success of alumni in the job market. Federal dollars would be directed to those schools that offer "the biggest bang for the buck." 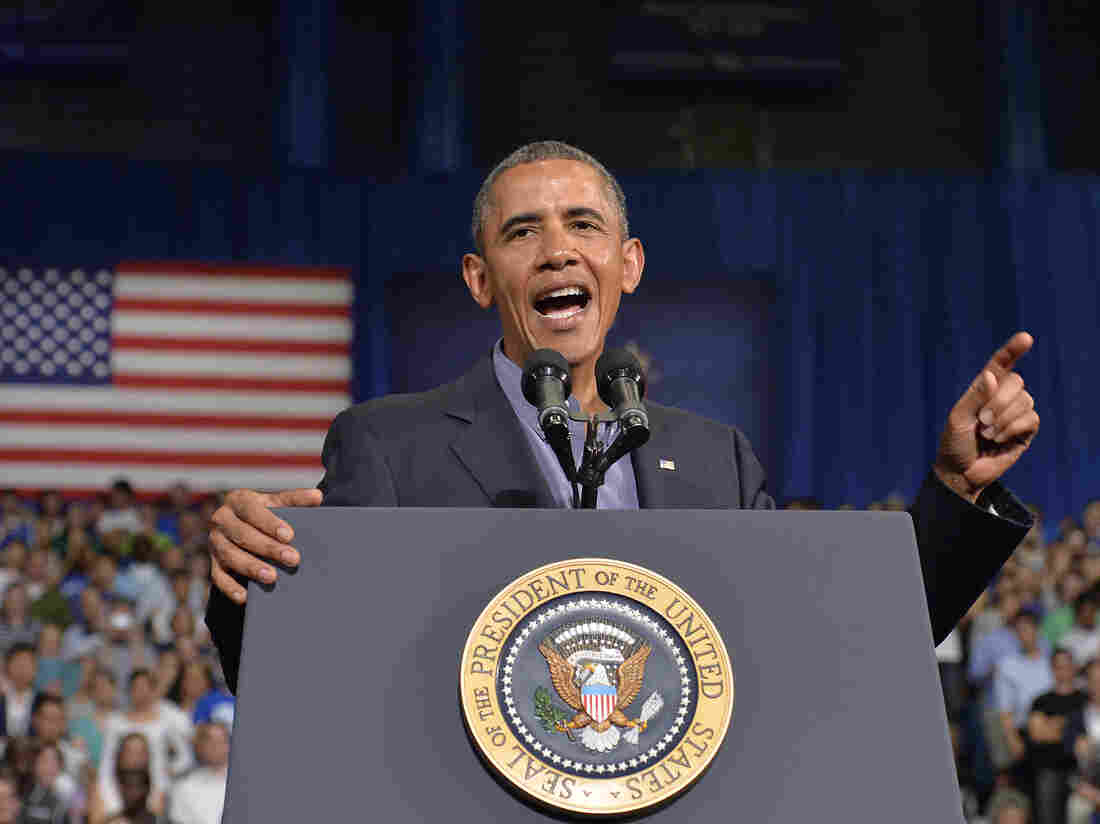 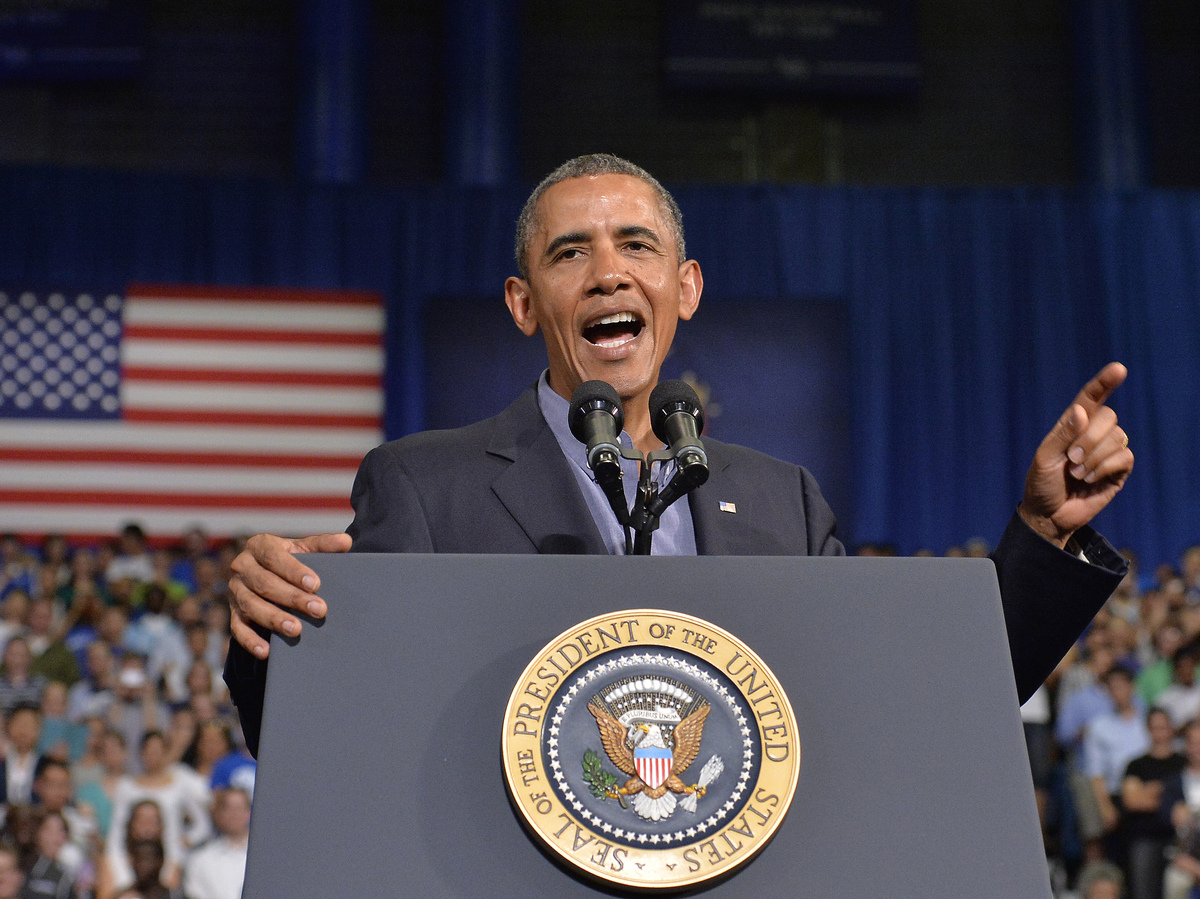 President Obama speaks on education at University at Buffalo, State University of New York, on Thursday.

Saying a college education is the "surest path to the middle class," President Obama announced a plan Thursday to allocate federal aid to colleges and universities based in part on their affordability.

Speaking at the University at Buffalo, State University of New York, the president said that over the last 30 years, there's been a 250 percent increase in the cost of higher education, while at the same time incomes have risen just 16 percent. Meanwhile, he said, the states have cut back dramatically on their allocations for higher education.

"The average student who graduates from college owes $26,000, some more than that," he said.

He said under his plan, colleges "are not going to be increasing tuition year after year and passing it along to students and parents."

The president said the goal was to direct federal dollars to colleges and universities that produce results and divert it from the ones that leave students with "crushing debt" and few job prospects.

NPR's Ari Shapiro reports that the administration hopes to get the scores in place by fall of 2015 and for Congress to tie federal funding to the new rankings.

Under the plan, colleges would receive a bonus based on how many students they graduate who received federal Pell Grants, a proposal aimed at getting more low- and moderate-income students to attend college. The proposal would also require colleges with high dropout rates to disburse aid throughout the year instead of annually, a measure designed to make sure that students who drop out don't get any more aid.

"First, the ratings would reward colleges that offer 'value.' A school that holds down average tuition and student-loan debt could rise in the ratings, which means that the system would act as an incentive for colleges to keep those costs as low as possible.

"In addition, higher-rated schools would qualify for larger federal grants, making them more affordable for students."

"Higher education, he said, 'cannot be a luxury. It is an economic imperative.' "