Accessibility links
Sea Monster? Explanation Is Much Less Mysterious : The Two-Way Just what did wash up on a beach? At first, there was wild speculation. Now, the thinking is much less dramatic. But check out photos of the rather gross remains found in Spain. 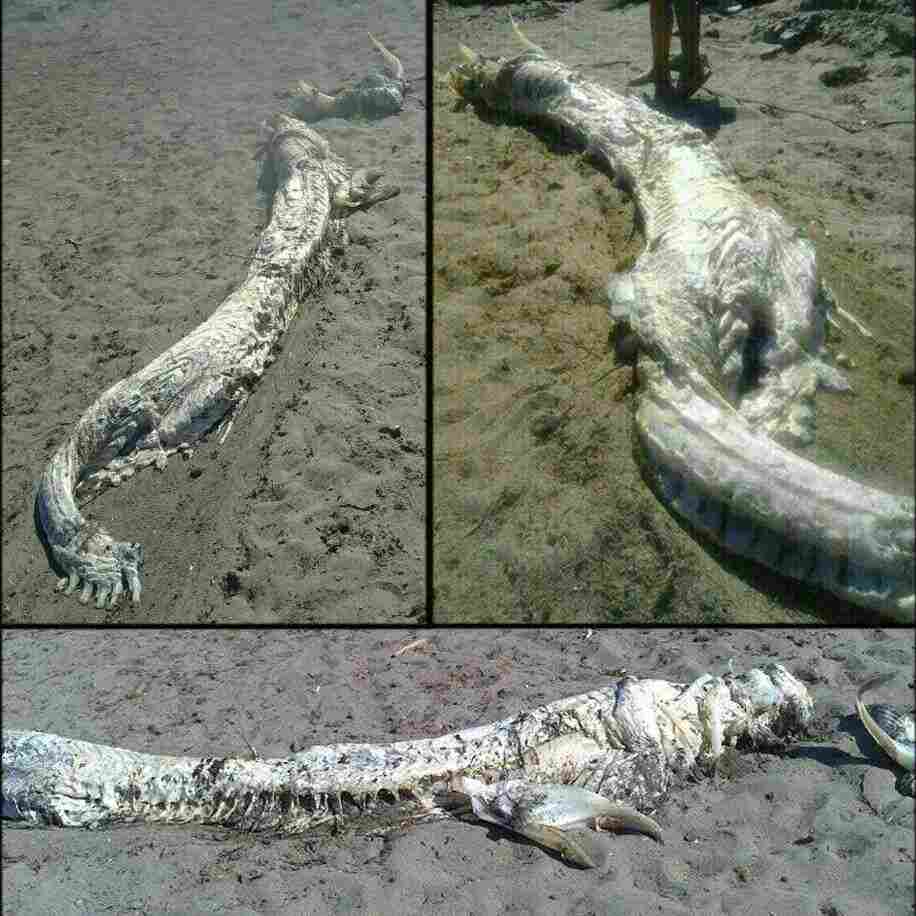 Whatever it is, it's not pretty at this point. https://www.facebook.com/ideal.almeria hide caption 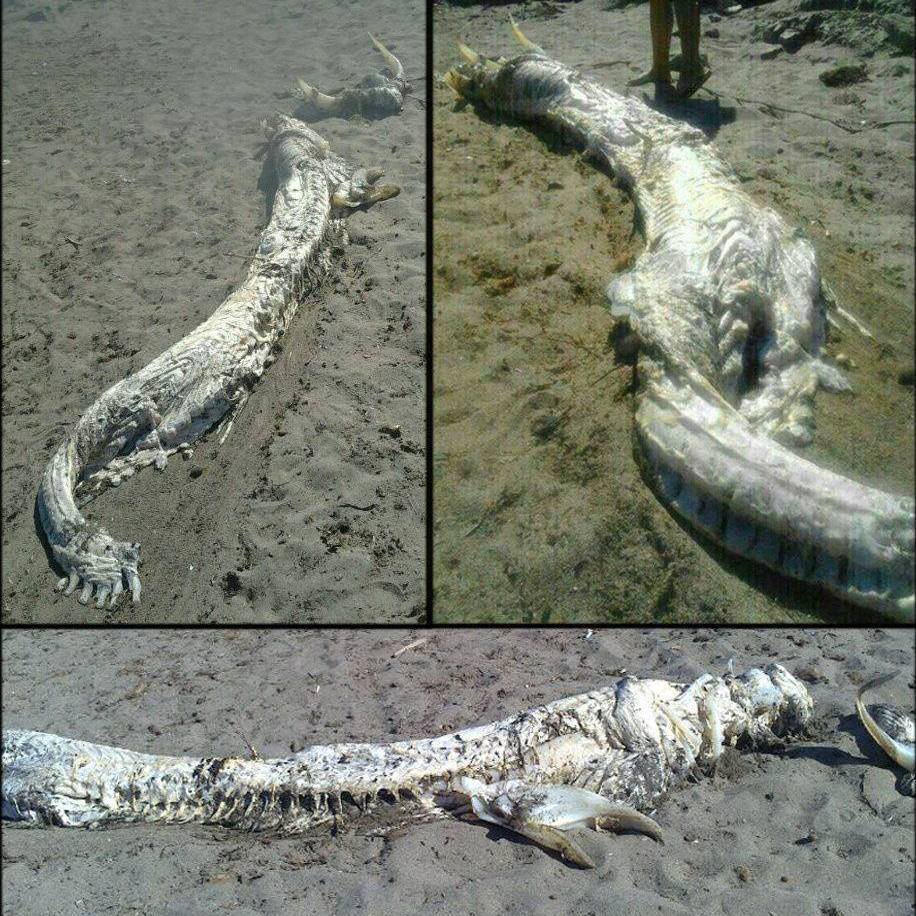 Whatever it is, it's not pretty at this point.

We like stories about things that wash up on beaches, such as the softball-size eyeball that appeared on the Atlantic Ocean shore in Florida last fall.

So our eyes lit up when we saw this headline: "Mysterious 'Horned' Sea Monster Washes Ashore in Spain; Officials Baffled."

Alas, as happened with the eyeball (which was from a swordfish), it appears once again that a cousin of the Loch Ness monster has not been discovered.

The rather gross remains found in Spain are much likely to be those of either an oarfish or a thresher shark, according to International Science Times and other news outlets.

However, we're glad to hear about other theories in the comments thread.