Accessibility links
Russia Bans Protests At Site Of Sochi Winter Games : The Two-Way Putin issued the 10-week ban along with other orders designed to tighten security. All of this comes in the shadow of newly-passed anti-gay laws. 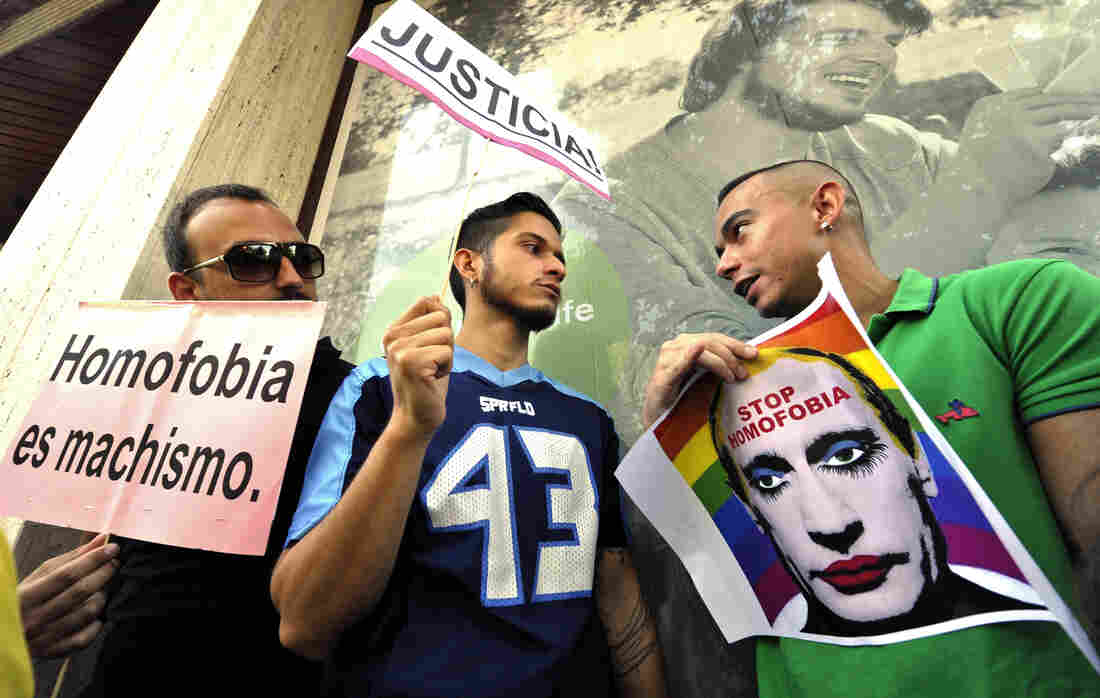 Demonstrators protest against homophobia and repression of gays in Russia, in front of the Russian Embassy in Madrid on August 23, 2013. Gerard Julien /AFP/Getty Images hide caption

Russian President Vladimir Putin issued an executive order that bans protests around the site of the 2014 Winter Olympic Games in Sochi.

The AP reports Putin issued the 10-week ban along with other orders designed to tighten security. Of course, the ban comes amid international consternation about Russia's laws prohibiting people from publicly supporting "nontraditional relationships."

As we've reported, athletes competing at the 2013 IAAF World Championships in Moscow have challenged the law in subtle ways: Emma Green Tregaro, the Swedish track and field athlete, painted her nails the colors of a rainbow and American runner Nick Symmonds dedicated his medal to his gay and lesbian friends.

The Wall Street Journal writes about the protest ban:

"The executive order was published a day after the International Olympic Committee said it received a letter from Dmitry Kozak, the Russian Deputy Prime Minister in charge of handling the Games, guaranteeing that everyone would be welcome at the Games 'regardless of their sexual orientation.'"

The Winter Olympics are scheduled for Feb. 7-23 at the Black Sea resort.