Accessibility links
Tons Of Molten Glass Go Into Making Mirror For Giant Telescope : The Two-Way One of seven large mirrors for the 72-foot telescope will be spun cast at the University of Arizona on Saturday. 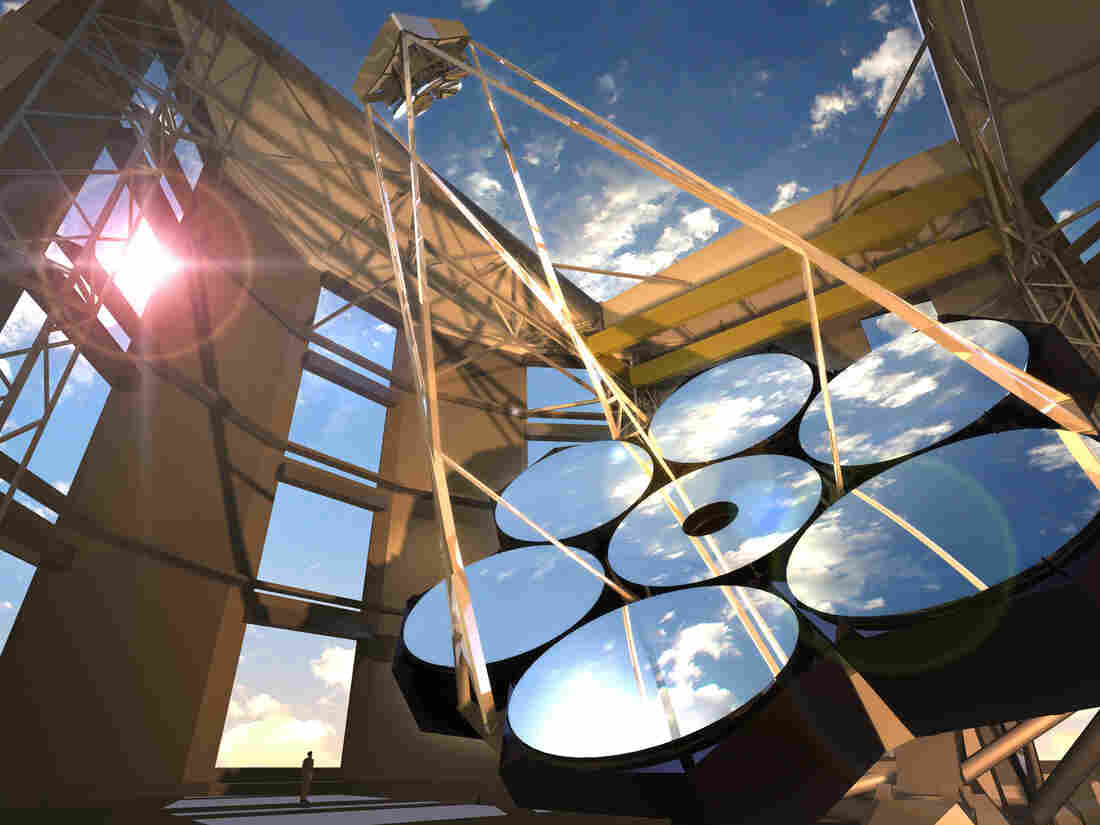 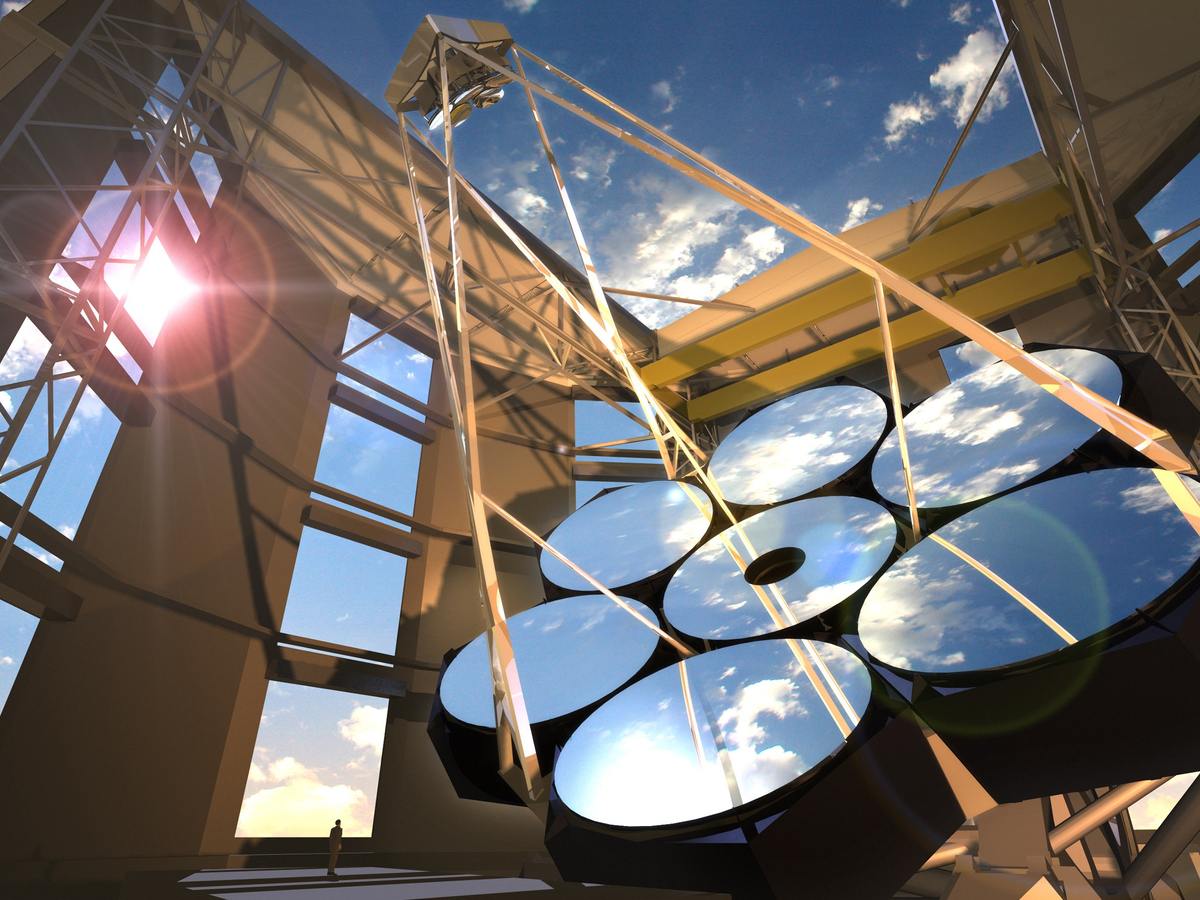 An artist's concept of the completed Giant Magellan Telescope (GMT)

Technicians on Saturday are set to cast 20 tons of glass for the third of seven ultra-precise primary mirrors that will make up the 72-foot Giant Magellan Telescope, scheduled for completion in northern Chile's arid Atacama Desert in 2020.

The parabolic mirror will be cast at the University of Arizona's Steward Observatory Mirror Lab. The molten borosilicate, made by the Ohara Corporation, will be spun cast at 2140 degrees Fahrenheit.

Describing the production of the first such mirror in 2005, the Lab explained the process:

The glass was "... melted in a rotating furnace until it flowed into a honeycomb mold. Once the glass had cooled and the mold material was removed, scientists at the lab used a series of fine abrasives to polish the mirror, checking its figure regularly using a number of precision optical tests."

Once the mirror cools, and the polishing is complete — a process that is expected to take a year — it will be accurate to within 1/20 the wavelength of light, or put another way, "one part in 10 billion in terms of precision manufacturing," according to Patrick McCarthy, the project's director.

When finished, the telescope — which includes another seven smaller mirrors to direct the collected light to a focal plane — will employ adaptive optics to compensate for atmospheric disturbances that might otherwise blur the image. The GMT is expected to offer 10 times the resolution as the Hubble Space Telescope.

"We have to make this optic precise enough so that when the light travels five, 10 billion light years and comes and hits our telescope that we don't scramble and lose that information that's traveled for so long," McCarthy says in the video below describing the mirror-making process.

Scientists hope the new telescope will give them a better look at super-massive black holes that are believed to be at the heart of most large galaxies and to detect and characterize new planets outside our solar system.

"Astronomical discovery has always been paced by the power of available telescopes and imaging technology," said Peter Strittmatter, head of the Steward Observatory's astronomy department, in a press statement, according to SPACE.com. "The GMT allows another major step forward in both sensitivity and image sharpness."