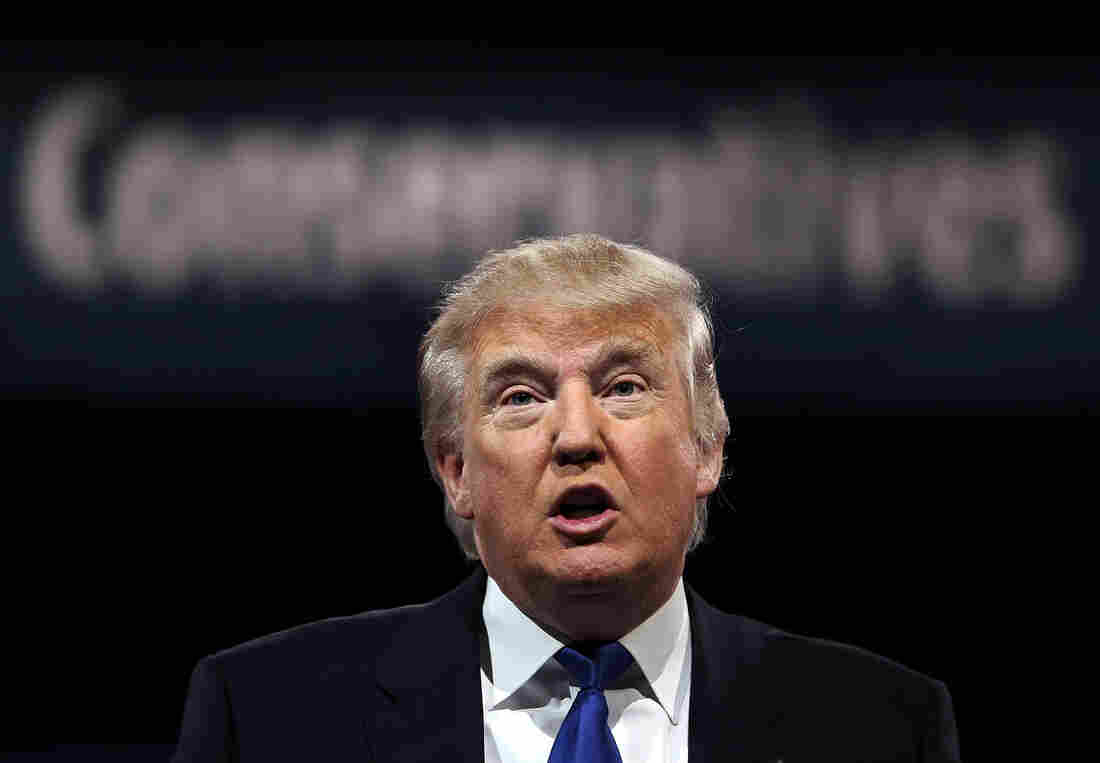 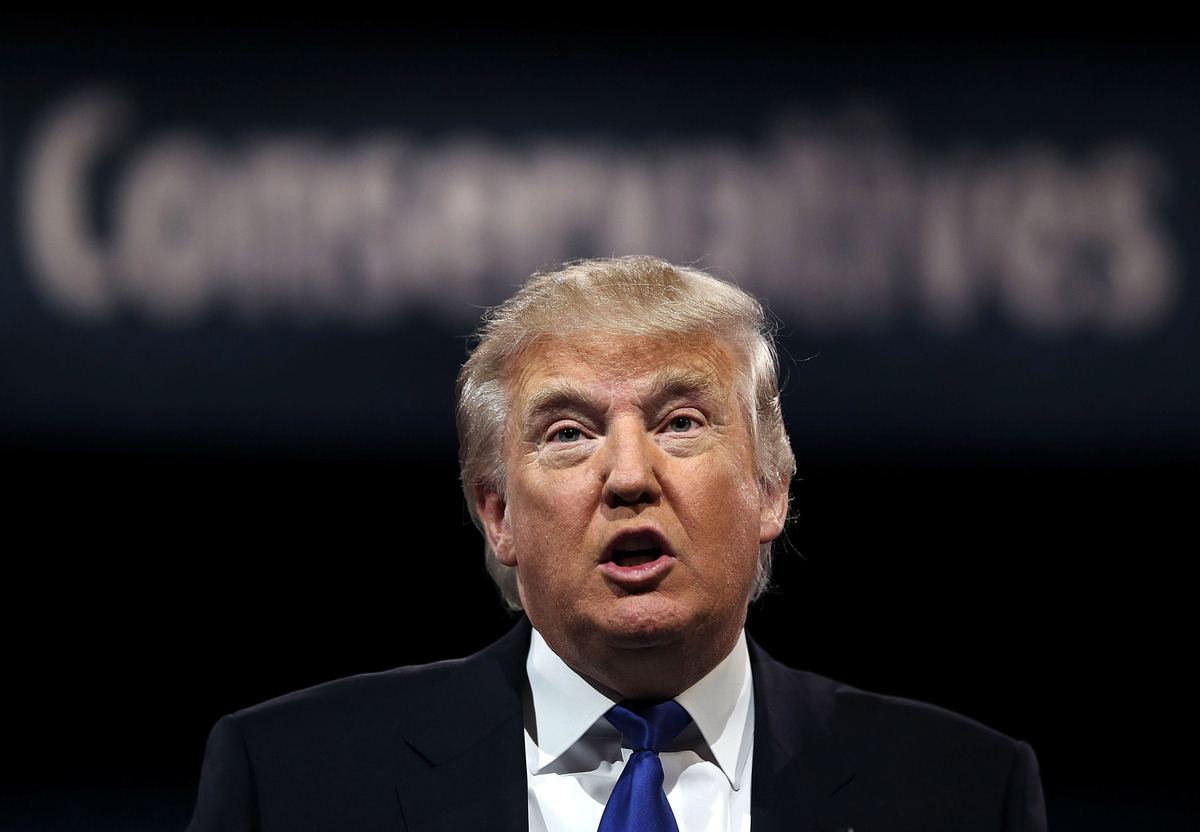 Donald Trump, chairman and president of the Trump Organization and founder of Trump Entertainment Resorts, delivers remarks during the second day of the 40th annual Conservative Political Action Conference (CPAC) in March.

"In a statement, Eric T. Schneiderman, the attorney general, said Mr. Trump appeared in advertisements for the school making "false promises" to persuade more than 5,000 people around the country — including 600 New Yorkers — "to spend tens of thousands of dollars they couldn't afford for lessons they never got."

"The advertisements claimed, for instance, that Mr. Trump had handpicked instructors to teach students "a systematic method for investing in real estate." But according to the lawsuit, Mr. Trump had not chosen even a single instructor at the school and had not created the curriculums for any of its courses. ...

"The inquiry into Trump University came to light in May 2011 after dozens of people had complained to the authorities in New York, Texas, Florida and Illinois about the institution, which attracted prospective students with the promise of a free 90-minute seminar about real estate investing that, according to the lawsuit, 'served as a sales pitch for a three-day seminar costing $1,495.' This three-day seminar was itself 'an upsell,' the lawsuit said, for increasingly costly 'Trump Elite' packages that included so-called personal mentorship programs at $35,000 a course."

"Trump used his celebrity, personally appearing in commercials making false promises to convince #NY'ers to pay for lessons they never got ..."

"No one, no matter how rich or popular they are, has right to scam hard working #NY'ers. Anyone who does should expect to be held accountable ..."

Trump had foreshadowed the lawsuit by launching a website (98percentapproval.com) last week that attacks Schneiderman. According to the site, 98 percent of Trump University students "were not only satisfied with their Trump University experience, but would recommend the program to a friend."

The lawsuit, the website intimates, is politically motivated as "this is not the first time Eric Schneiderman has used his stature as Attorney General for his own political gain or to attack critics of President Obama."

The lawsuit is seeking a restitution of at least $40 million.