Accessibility links
'Fire Tracker': Online Tool To Monitor Blaze Near Yosemite : The Two-Way The huge fire is threatening some of San Francisco's power and water services. Southern California Public Radio has put together a multimedia tool to follow the fire and the fight to bring it under control. 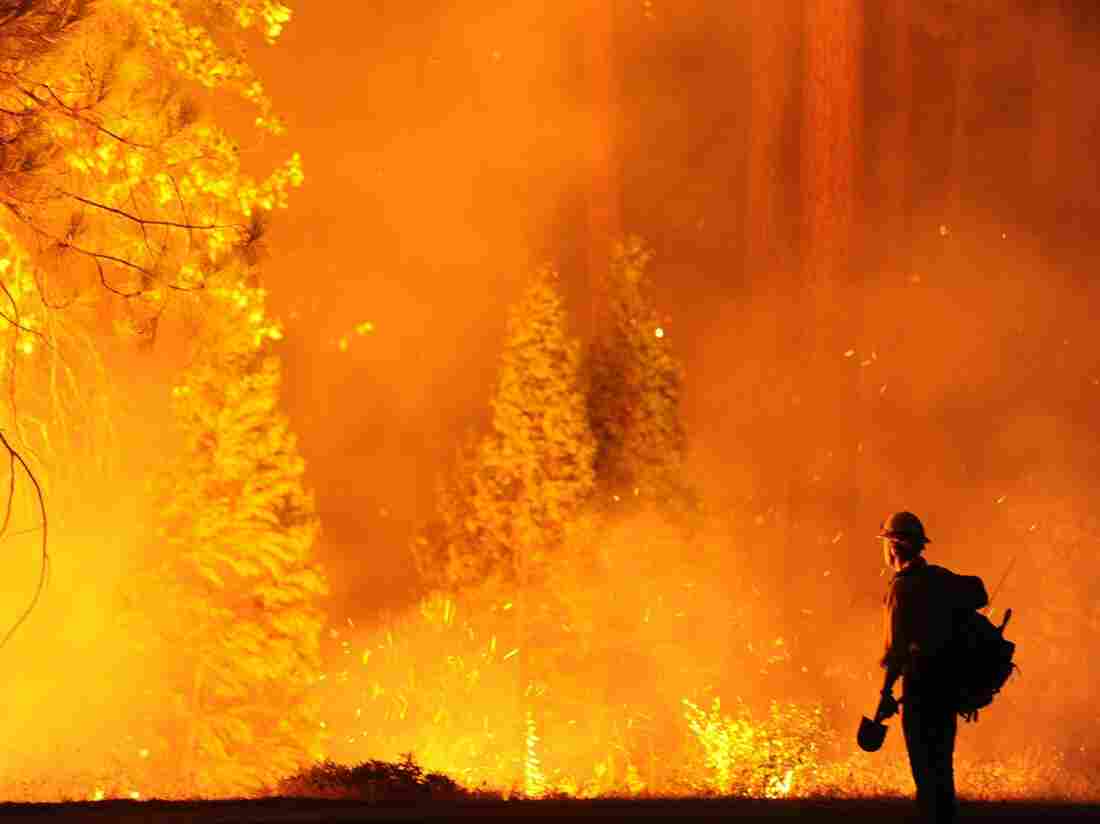 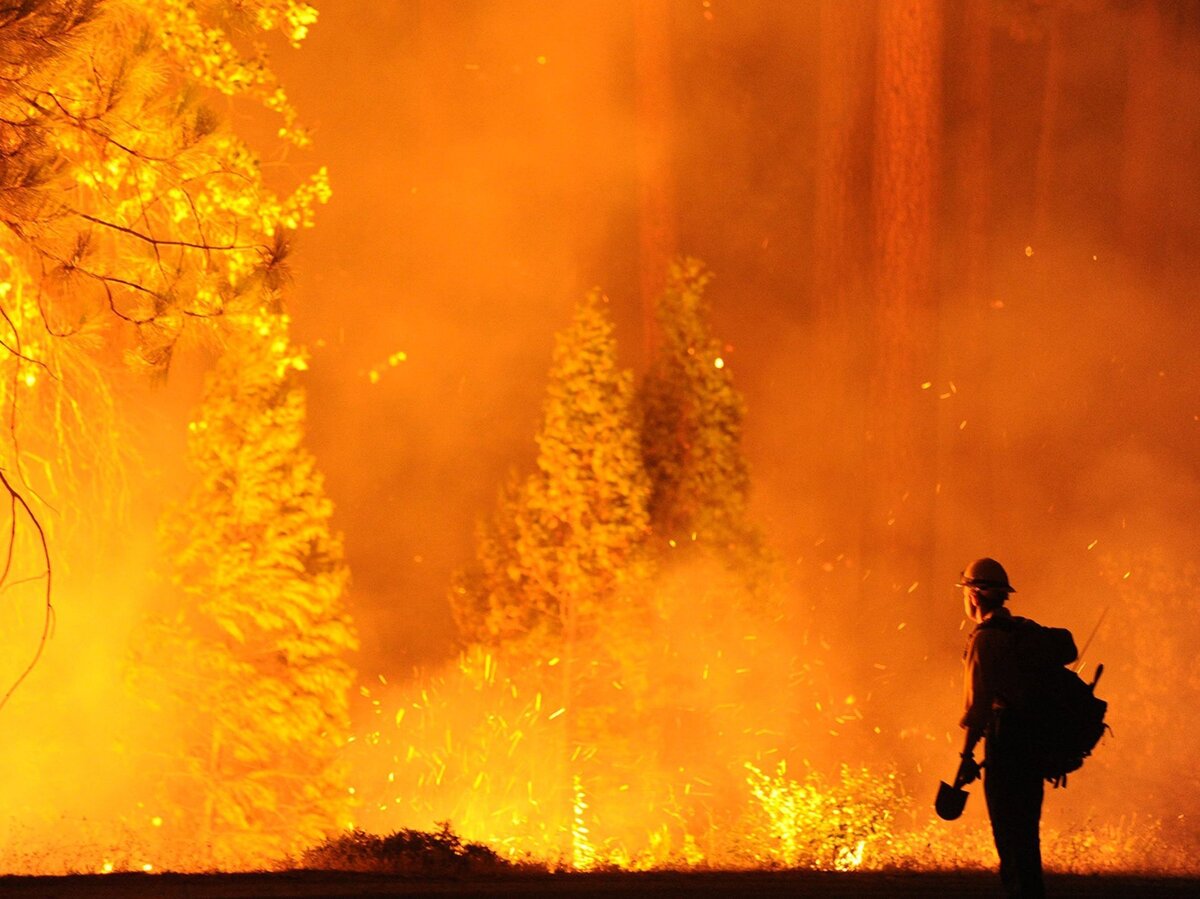 Some of the flames Saturday as the "Rim Fire" spread near Northern California's Yosemite National Park.

Hundreds of firefighters are "digging trenches, clearing brush and starting back blazes to keep a wildfire raging north of Yosemite National Park out of several mountain hamlets," The Associated Press writes Monday morning in its latest update on the huge "Rim Fire" that is threatening some of the power and water services to the city of San Francisco.

As Eyder wrote Sunday, the flames are also endangering some of the area's "beloved ancient sequoias."

According to the AP, "firefighters were hoping to advance on the flames Monday but strong winds were threatening push the blaze closer to Tuolumne City and nearby communities."

Our colleagues from Northern California's KQED are following the Rim Fire closely — in their News Fix blog and on a multimedia "Fire Tracker" designed by Southern California's KPCC. We'll embed the "graphic summary of the blaze," which is a good gateway to the coverage.