Accessibility links
New Details On How U.S. 'Helped Saddam As He Gassed Iran' : The Two-Way CIA documents and interviews with former officials reveal more about how the U.S. gave the dictator intelligence that helped him during Iraq's 1980s war with Iran, Foreign Policy reports. The information was then allegedly used when Iraq deployed chemical weapons.

New Details On How U.S. 'Helped Saddam As He Gassed Iran'

New Details On How U.S. 'Helped Saddam As He Gassed Iran' 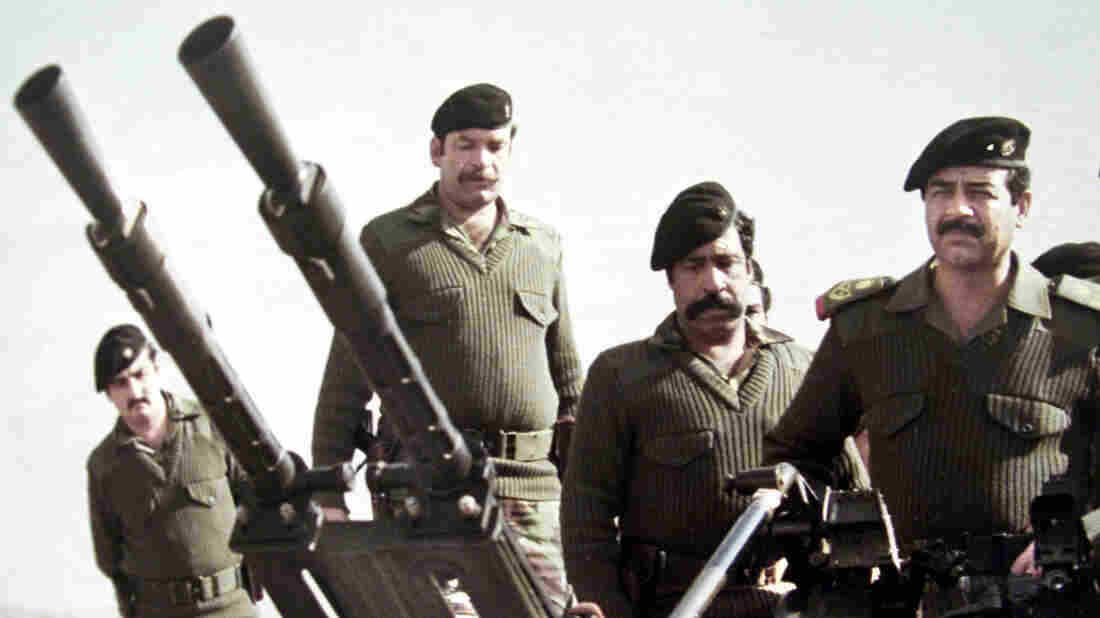 Then-Iraqi dictator Saddam Hussein (at right) behind an artillery piece during the Iraq-Iran war. (An undated photo from the 1980s.) Reuters/Landov hide caption 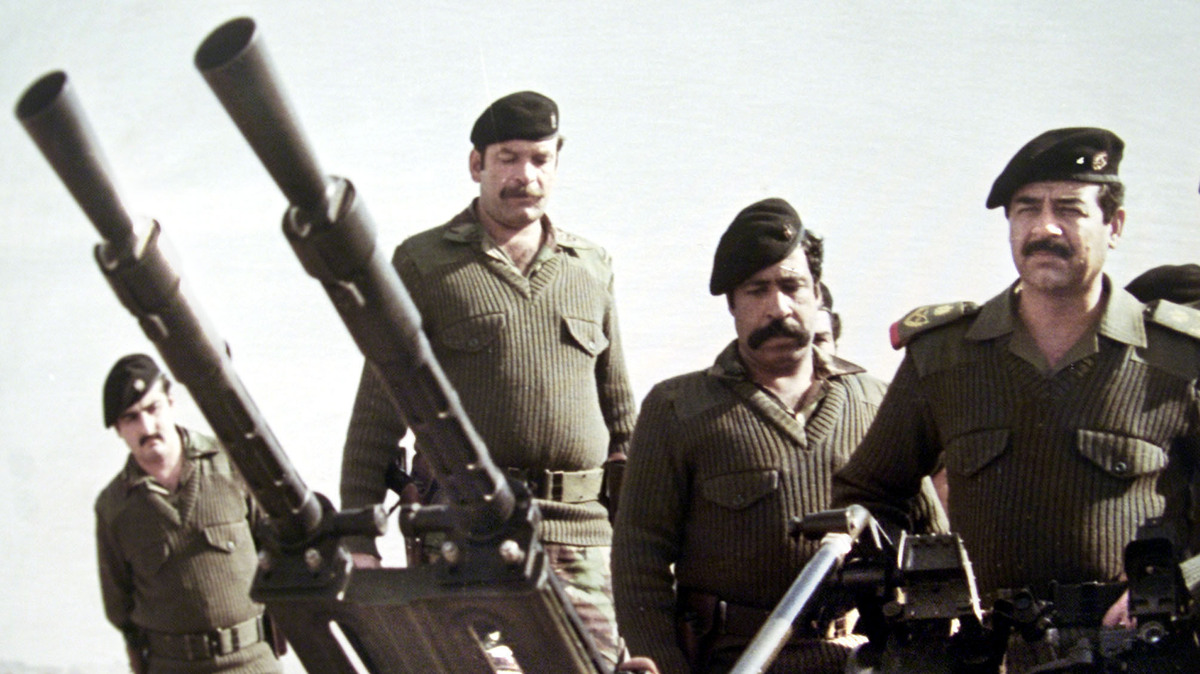 Then-Iraqi dictator Saddam Hussein (at right) behind an artillery piece during the Iraq-Iran war. (An undated photo from the 1980s.)

Newly declassified CIA documents "combined with exclusive interviews with former intelligence officials, reveal new details about the depth of the United States' knowledge of how and when Iraq" used chemical weapons against Iran in the 1980s, Foreign Policy reports.

According to the magazine:

"In 1988, during the waning days of Iraq's war with Iran, the United States learned through satellite imagery that Iran was about to gain a major strategic advantage by exploiting a hole in Iraqi defenses. U.S. intelligence officials conveyed the location of the Iranian troops to Iraq."

For several years before that, CIA documents show, U.S. officials were aware that Iraq had been using chemical weapons in its long war against neighboring Iran and likely would again.

"The Iraqis used mustard gas and sarin prior to four major offensives in early 1988 that relied on U.S. satellite imagery, maps, and other intelligence. These attacks helped to tilt the war in Iraq's favor and bring Iran to the negotiating table, and they ensured that the Reagan administration's long-standing policy of securing an Iraqi victory would succeed."

The new report comes, of course, as the U.S. and other nations weigh whether to use military force to send a message to Syrian President Bashar Assad following last week's alleged chemical weapons attack on civilians near Damascus.

The Washington Post's The Switch blog writes that the Foreign Policy story shows how "satellite imagery can be used to violate human rights, or to protect them."