From 'Morning Edition': Diplomat Frederic Hof speaks with David Greene about the crisis in Syria 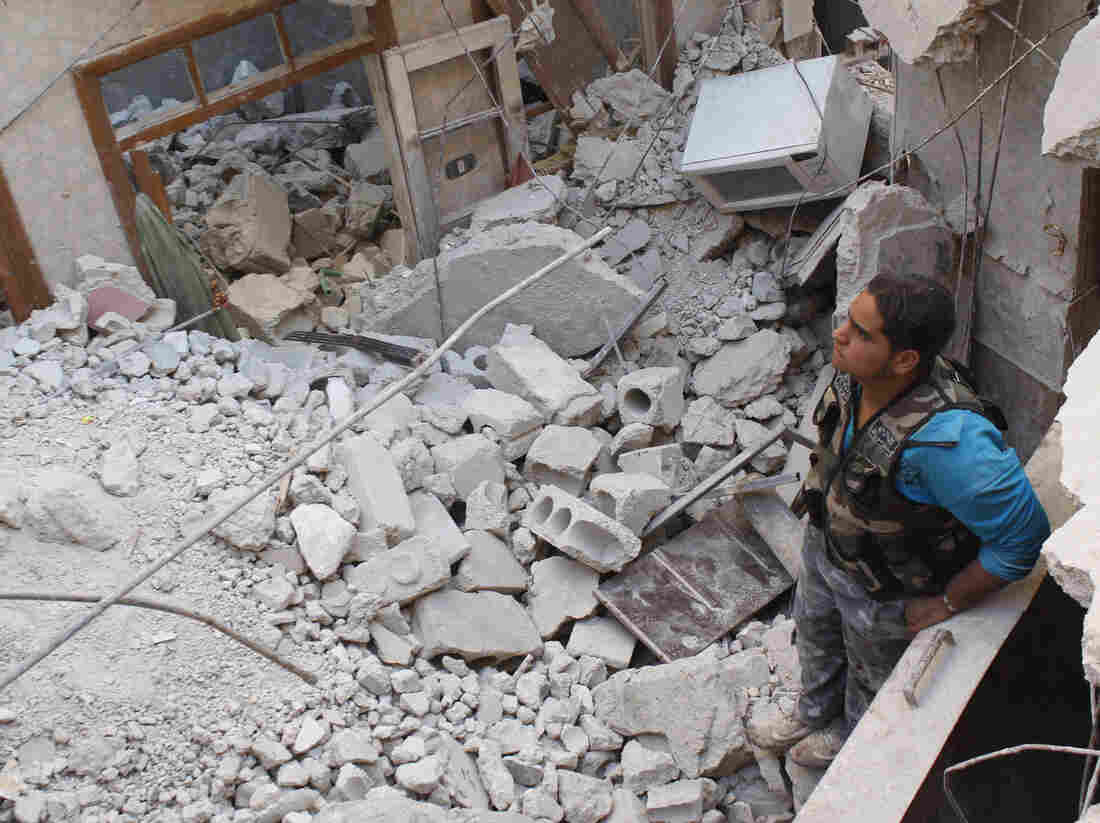 In Aleppo, Syria, on Monday, this Free Syrian Army fighter stood in the rubble of a building that has collapsed during fighting there. Reuters/Landov hide caption 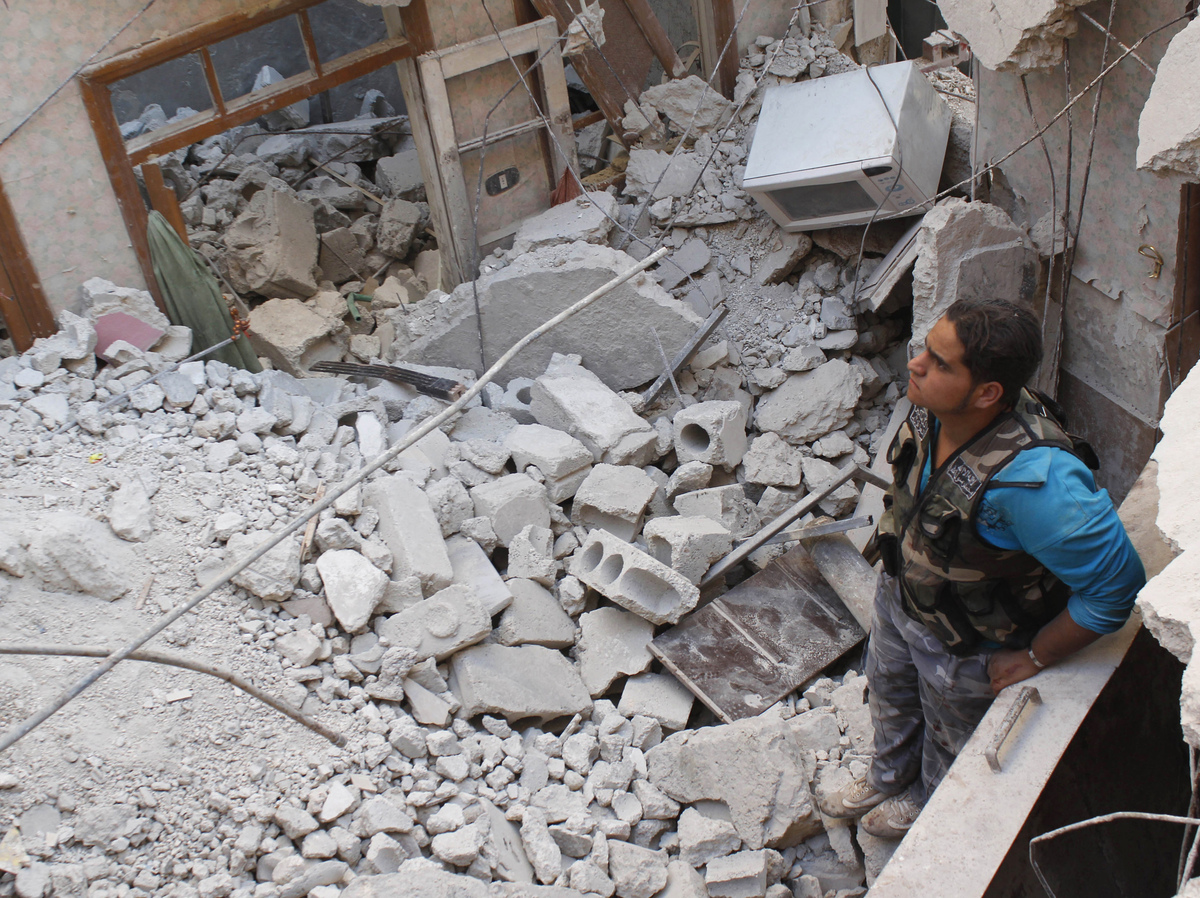 In Aleppo, Syria, on Monday, this Free Syrian Army fighter stood in the rubble of a building that has collapsed during fighting there.

His sharp words came on day when speculation about the likelihood of U.S.-led missile strikes on Syria increased. While the U.S. has concluded — even as it continues to examine the evidence — that Assad's forces are to blame for the attack, Carney said President Obama is still considering "the appropriate response."

From 'Morning Edition': Diplomat Frederic Hof speaks with David Greene about the crisis in Syria

The Obama administration expects to formally declare Tuesday that Syrian President Bashar Assad's regime used chemical weapons against its own people last week, The Associated Press is reporting. Then, word of how the U.S. is responding — almost surely with some type of military action — is "likely to follow quickly," the AP adds.

The wire service says it's getting those tips from "two administration officials ... [who] insisted on anonymity because they were not authorized to publicly discuss the internal deliberations." NPR has not independently confirmed the news.

This follows Monday's stern words from Secretary of State John Kerry, who said that while evidence is still being collected, "despite the excuses and equivocations that some have manufactured, it is undeniable" that chemical weapons killed hundreds of Syrians and injured thousands more last week near Damascus. It is the Assad regime, Kerry said, that "maintains custody of these chemical weapons ... [and] has the capacity to do this with rockets."

That discussion continued Tuesday on Morning Edition, when Ambassador Frederic Hof — a former Obama administration special representative on Syria who is now a senior fellow at the Atlantic Council's Rafik Hariri Center for the Middle East — told host David Greene that President Obama now basically has no choice but to take military action.

Because Obama has said that using chemical weapons would be a "red line" that the Assad regime should not cross, the credibility of both the U.S. and the president are now at stake, Hof says. The most likely action the U.S. will take, Hof and other experts say, is to fire missiles at military targets inside Syria.

Obama has "a range of options available," Hof believes, from a "limited, largely symbolic strike perhaps against a target related to chemical weapons" that might just exacerbate America's "credibility problem" if they're seen as being too weak, to an "intense, sustained series of attacks against regime delivery systems."

Also Tuesday, there's word from Damascus that U.N. inspectors who are investigating the reports of chemical weapons use won't resume their work until Wednesday. Their first day on the ground was Monday.

Syrian officials also pledged Tuesday that they would use "all available means" to defend the country against any missile strikes.

About 100,000 people — most of them civilians — are thought to have been killed since protests against the Assad regime began in the spring of 2011 and a civil war followed. Millions more have fled their homes.

Saying that "there is no doubt here that chemical weapons were used ... on a massive scale on Aug. 21 outside of Damascus," White House spokesman Jay Carney just added that "for anyone who approaches this logically," it's clear that "the Syrian regime is responsible."

"I do think it's imminent, and I think it's going to be happening in a very short period of time," Sen. Bob Corker, R-Tenn., tells Here & Now, about the likelihood of a U.S. strike on Syria. He's the ranking Republican on the Senate Foreign Relations Committee.

The Pentagon has given President Obama "all options for all contingencies," Defense Secretary Chuck Hagel tells the BBC.