Accessibility links
Retired Gen. Wesley Clark Talks About Precedents And Syria : The Two-Way If punishment is the objective, said Clark, the mission can be short. The most appropriate parallel, he added, is a 1993 U.S. strike against Iraq. 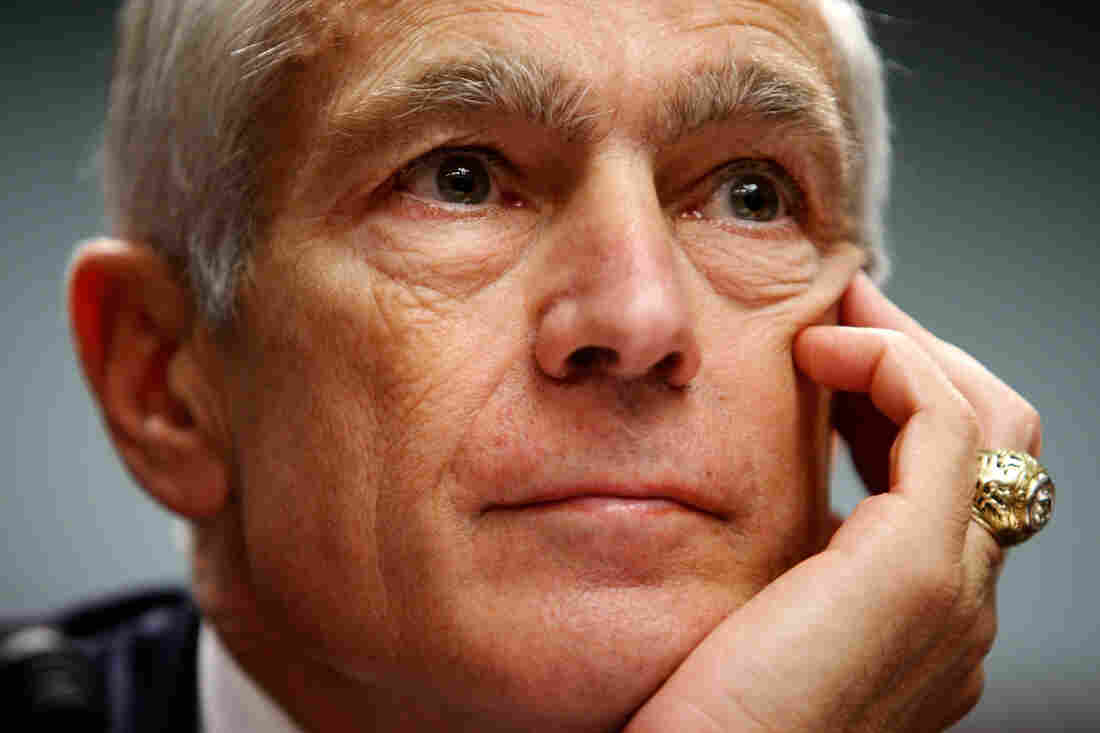 Retired Gen. Wesley Clark, who was the NATO commander during the 1999 Operation Allied Force in Kosovo, tells All Things Considered that the situation the United Staes is facing in Syria is best compared to the U.S. bombing of Iraq in 1993.

Clark told NPR's Melissa Block that the only similarity between what's going on in Syria, today, and what happened during the Allied intervention in Kosovo, is Russia's unwillingness to support a United Nations resolution supporting a strike.

"[The Kosovo] campaign, first of all, it wasn't just the bombing that drove the Serbs out. It was the fact that they were engaged with NATO that the Serbs knew that if they didn't accede to pull their forces out and let the Albanians return home that NATO had the capability and was starting to do the planning to put a ground invasion in," Clark said.

The Obama administration has said that regime change would not be the point of any mission in Syria.

"I want to make clear that the options that we are considering are not about regime change," White House spokesman Jay Carney said during a briefing. "They are about responding to a clear violation of international standard that prohibits the use of chemical weapons."

Kosovo would serve as a precedent, said Clark, "if there's a potential to go further."

Instead Clark points to attacks directed by President Clinton against the headquarters of the Iraqi Intelligence Service on June 27, 1993.

As Clinton explained at the time, the attack was a "firm and commensurate" response to an Iraqi plot to assassinate President George H.W. Bush. The attacks were swift. For about an hour, U.S. Navy ships launched 23 Tomahawk missiles.

Clark said if the mission in Syria is to prevent the Assad regime from using chemical weapons there are two ways to do it: One is destroying the weapons, which is risky because an explosion can spread toxic elements. The other is to punish the Assad regime by "taking something valuable" by hitting communications infrastructure, intelligence, air defenses or radars.

"The thing is there is no assurance that the punishment will necessarily prevent him from using chemical weapons," said Clark. "Again, it may, it may not."

Clark said that going into Kosovo, politicians said they expected a short mission. But Clark knew that it was more than likely an "indeterminate" mission.

"Had I said that, it would have acted to dissuade NATO's determination," Clark said. What's more, "they didn't want to hear it."

"When you start something like this you have to be prepared for an indeterminate length if you have a political objective," Clark said.

However, if the objective is punishment, it can be over quickly with a few missile strikes.

More of Clark's conversation with Melissa on tonight's All Things Considered. Click here to find your NPR member station.