Accessibility links
Britain Seeks U.N. OK For Military Action Against Syria : The Two-Way The Security Council will be asked to approve the use of "necessary measures to protect civilians." The language is aimed at getting the council's OK for strikes on regime targets in Syria. The U.S., U.K. and others want to send Assad a message: That using chemical weapons is unacceptable.

From the NPR Newscast: Philip Reeves reports on the resolution Britain will put before the U.N. Security Council 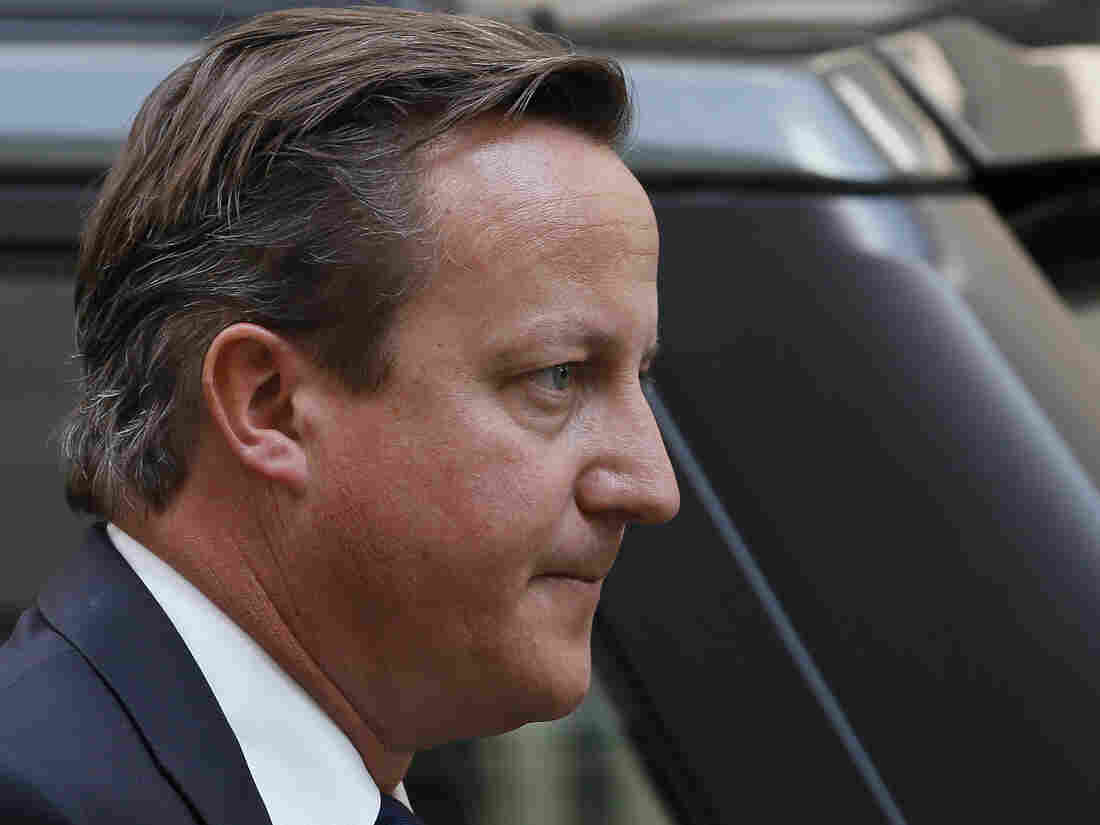 British Prime Minister David Cameron, who says it is time for the U.N. Security Council "to live up to its responsibilities on Syria." Stefan Wermuth /Reuters /Landov hide caption 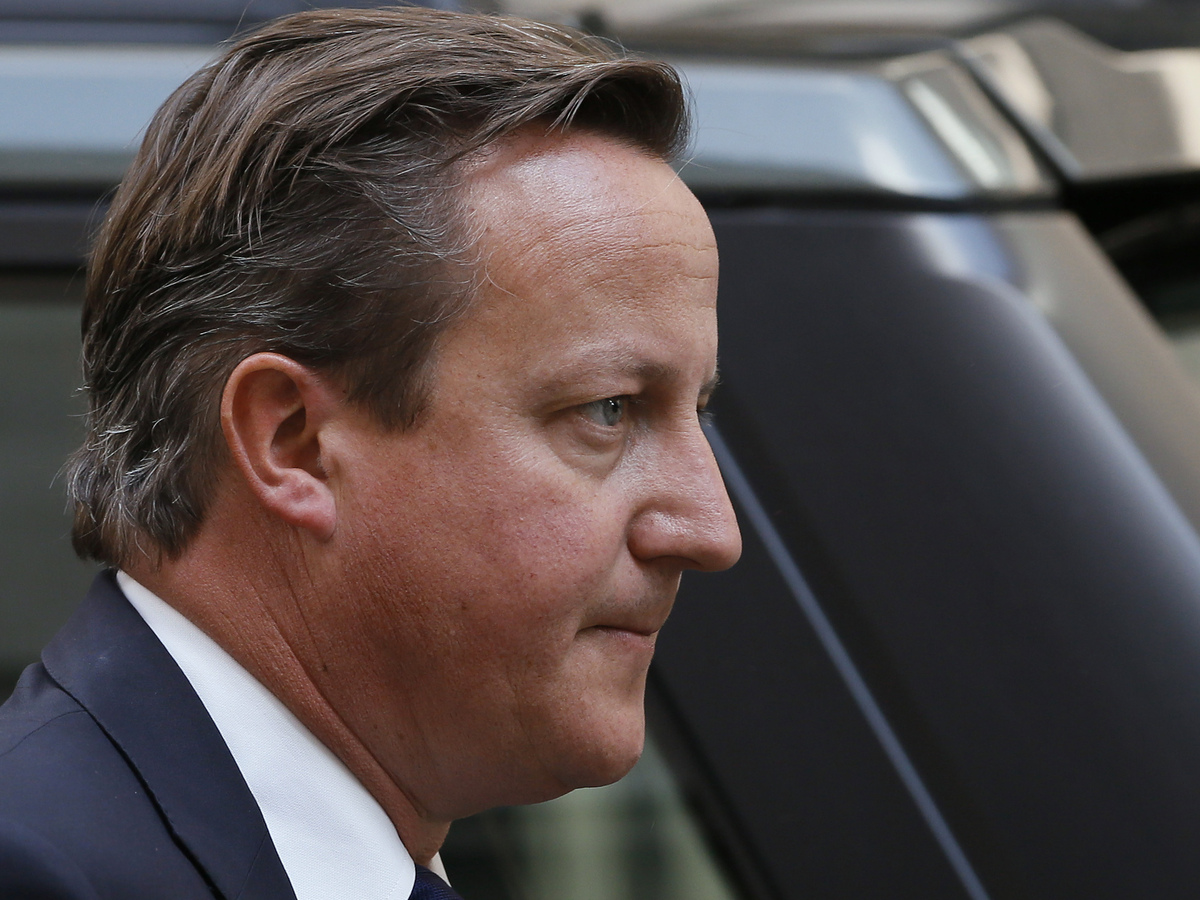 British Prime Minister David Cameron, who says it is time for the U.N. Security Council "to live up to its responsibilities on Syria."

Some of the latest developments related to the crisis in Syria and the increasing likelihood that the U.S. and its allies will soon launch missile strikes on targets there in response to last week's alleged use of chemical weapons by the regime of President Bashar Assad:

That resolution, Cameron's office added, "will be put forward at a meeting of the five permanent members of the Security Council later today in New York."

"Focus on what the options encompassed by the words 'necessary measures.' Cameron is trying to convince a skeptical parliament and public to support plans to join the U.S. in a military strike against President Assad's regime. This faces resolute opposition from Russia and China — both permanent member of the Security Council. But by putting forward the resolution, Cameron can argue that he at least tried to get U.N. Security Council backing."

New at 11:35 a.m. ET: Who Are Syria's Friends And Why Are They Supporting Assad?

From the NPR Newscast: Philip Reeves reports on the resolution Britain will put before the U.N. Security Council

From 'Morning Edition': Alastair Crooke on the crisis in Syria

-- U.N. Inspectors. "U.N. chemical weapons investigators crossed Syria's front line into rebel-held territory on Wednesday for a second visit to the scene of a poison gas attack that has triggered Western plans for war," Reuters writes. "As long as inspectors remain in Syria, Western attacks are improbable, given the risk they would pose to the team's safety. ... U.N. Secretary General Ban Ki-moon stressed that the inspection team must be given 'time to do its job.' "

-- Regime Change Isn't The Goal. "President Obama is considering military action against Syria that is intended to 'deter and degrade' President Bashar al-Assad's government's ability to launch chemical weapons," The New York Times reports, "but is not aimed at ousting Mr. Assad from power or forcing him to the negotiating table, administration officials said Tuesday."

-- Still A Chance For Diplomacy? While all signs indicate the U.S. and its allies will soon strike Syria, "the U.S. says it is still committed to working with Russia to bring together the warring factions in Syria for a peace conference," NPR's Michele Kelemen reports on Morning Edition.

-- Could The Rebels Be Responsible? Though top U.S. officials have said they're convinced the Assad regime is responsible for last week's attack that killed hundreds and injured thousands more near Damascus, "it's quite possible" that the anti-Assad rebels are to blame, former British diplomat and intelligence officer Alastair Crooke said on Morning Edition. If sarin was used, he said, it's important to note that it is "not a complicated gas" and "doesn't require a government laboratory" to produce.

Tuesday, we heard from Gwyn Winfield, editorial director at CBRNe World, a magazine that covers biological and chemical weapons for the industry, that "[a rebel attack] is feasible, but not particularly likely,"

"Last Wednesday, in the hours after a horrific chemical attack east of Damascus, an official at the Syrian Ministry of Defense exchanged panicked phone calls with a leader of a chemical weapons unit, demanding answers for a nerve agent strike that killed more than 1,000 people. Those conversations were overheard by U.S. intelligence services, The Cable has learned. And that is the major reason why American officials now say they're certain that the attacks were the work of the Bashar al-Assad regime — and why the U.S. military is likely to attack that regime in a matter of days."

The New York Times has news this evening that the U.K. may wait for the U.N. inspectors to do their job, before launching an attack.

The Times reports the delay was signaled in a motion to Parliament that prescribes a second vote authorizing for military action. Parliament will vote on the motion Thursday; a second vote could be delayed until next week. The Times adds:

"The motion text states that 'a United Nations process must be followed as far as possible to ensure the maximum legitimacy for any such action.' The motion also states that the secretary general 'should ensure a briefing to the United Nations Security Council immediately upon the completion of the team's initial mission.'"

From the Los Angeles Times:

"One U.S. official who has been briefed on the options on Syria said he believed the White House would seek a level of intensity 'just muscular enough not to get mocked' but not so devastating that it would prompt a response from Syrian allies Iran and Russia. 'They are looking at what is just enough to mean something, just enough to be more than symbolic,' he said."