Accessibility links
China Weighs Ban On Homework; Teachers, Students Argue Against : The Two-Way Hoping to make education less stressful, China's Ministry of Education is considering new rules that include a ban on written homework. But teachers, and even some students, are against the idea. 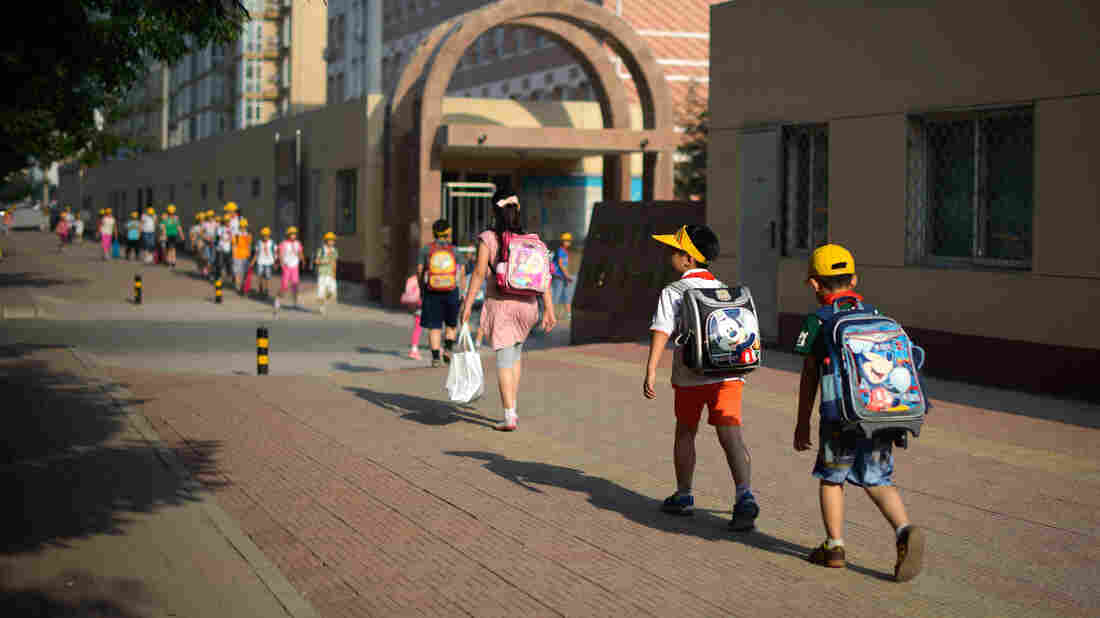 In the hopes of easing pressures on China's students, the country' education officials are considering a ban on written homework. Here, students walk to school in Beijing in June. Ed Jones/AFP/Getty Images hide caption 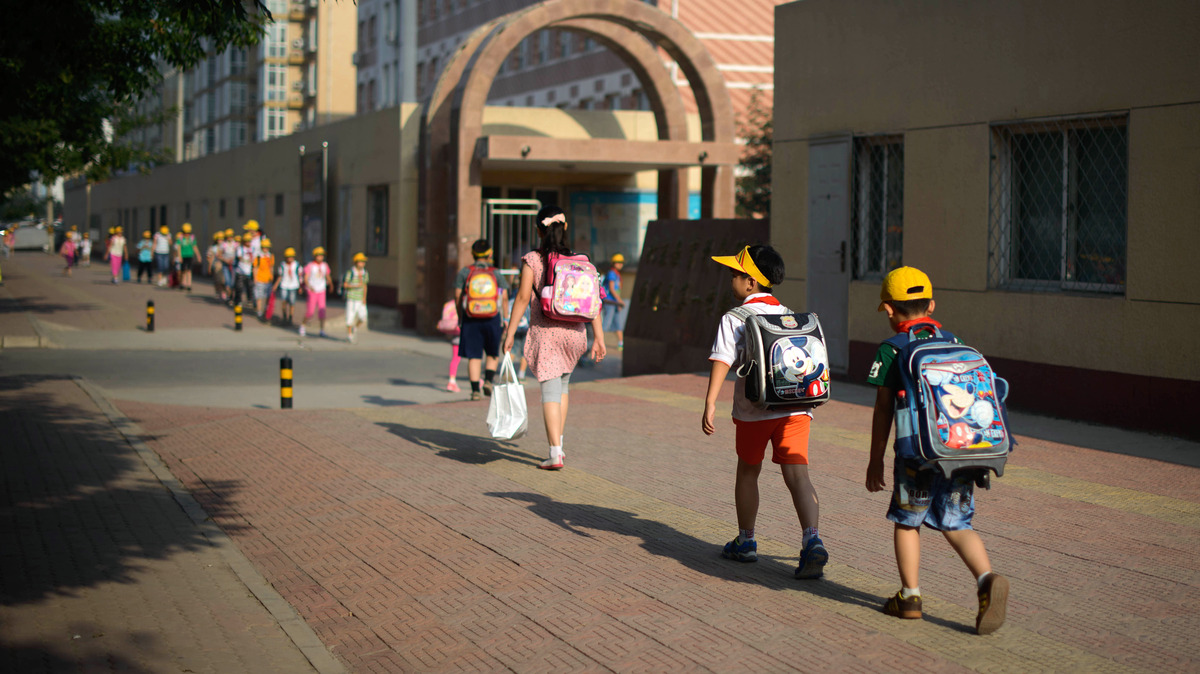 In the hopes of easing pressures on China's students, the country' education officials are considering a ban on written homework. Here, students walk to school in Beijing in June.

Chinese officials hope to rein in teachers who assign too much homework, as the country's Ministry of Education considers new rules that ban schools from requiring students to complete written tasks at home. Citing undue stress on students, the ministry would also limit the number of exams students take.

The goal of relieving pressure on students was also cited in July, when China's Education agency issued a ban on written homework for first and second graders during the summer vacation. Readers may recall that last autumn, French President Francois Hollande declared his wish to ban homework, as well.

One rule would prohibit any unified exams for students in the third grade and younger. Students in the fourth grade and above could not be required to take more than two exams per subject in each semester.

The plan would also require that "exam scores and contest awards shall not be used as criteria for school admission in the compulsory education phase."

Another proposal targets extracurricular academic classes, which many Chinese parents rely on to help their kids get ahead.

"Parents of one Shanghai second-grader said they have this year spent nearly 30,000 yuan (US$4,901) on extra classes such as English and mathematics," reports the SINA news site.

In the fight over homework, it seems the teachers may have an unlikely ally: their students.

"It's not that much work," one girl tells The Shanghaiist, in a video that some of her classmates probably hope goes unseen. "Sometimes it takes just half an hour to 40 minutes."

"It takes just 40 minutes to do the homework," another girl says. "If there's more from my mom, then it takes me just a little over an hour."

That's right — Chinese parents sometimes assign homework of their own. As another student explains, his parents require him to complete exercises that are separate from his school studies.

"My parents just bought me some workbooks," he says. "They just want me to learn better and get into a good junior high school."

The push to cut homework has also met with resistance among educators, who say it would undermine their efforts to have students retain what they learn. And teachers tell SINA that for issues like literacy, homework is crucial. Others say homework isn't the real problem.

"If homework or academic assignments are stopped, schools and parents will worry about the possible decline in enrollment rates, which remains the main assessment of education quality," elementary education director Wang Ming, of the National Education Development Research Center, tells China Daily.

"If we want to have a real impact on easing the burden, the assessment and enrollment systems, which still heavily count on examination results, should be adjusted," he says.

And The Shanghaiist reports that in 2011, three young girls "allegedly killed themselves over stress related to school work."

The site also notes that China's education officials have been urging cuts to homework burdens since 1988, with few positive results.