Accessibility links
Largest Strike So Far By Fast-Food Workers Set For Thursday : The Two-Way In 50 cities across the nation, many employees at fast-food restaurants have pledged to walk out. They're hoping to draw attention to their campaign for an increase in the minimum wage.

Largest Strike So Far By Fast-Food Workers Set For Thursday

Largest Strike So Far By Fast-Food Workers Set For Thursday 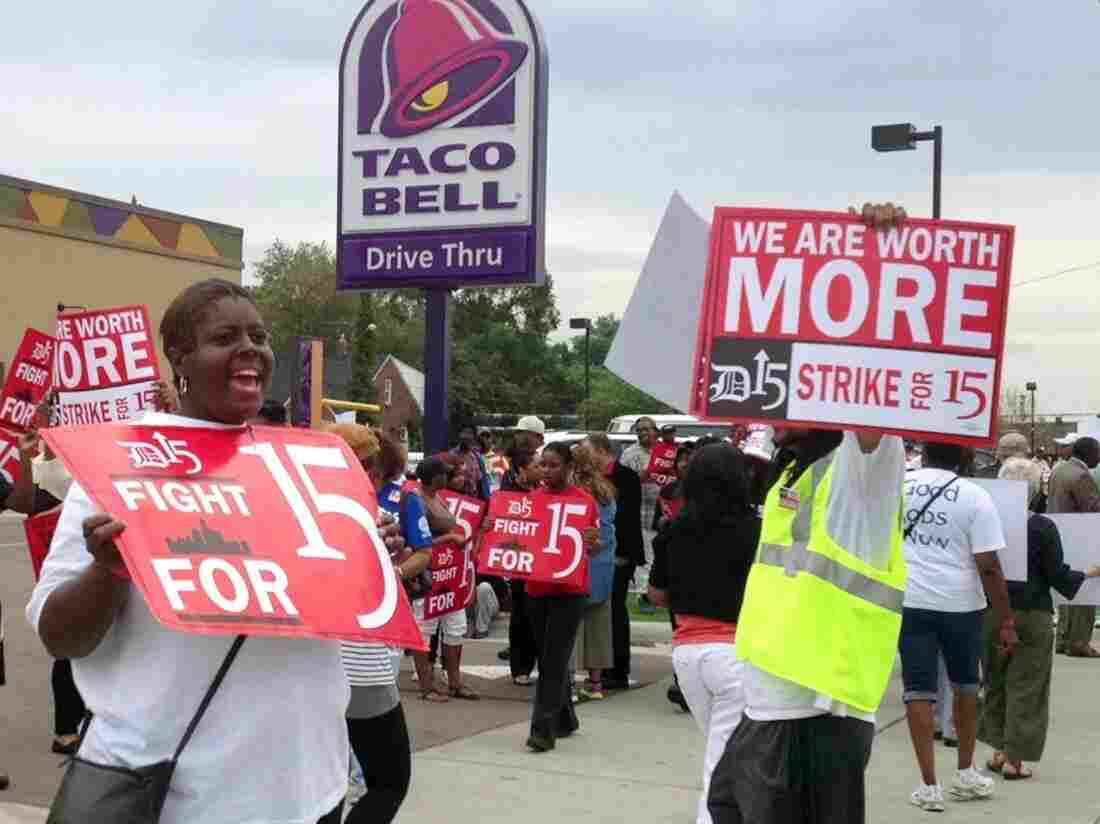 Outside a Taco Bell restaurant in Warren, Mich., early Thursday, supporters of the push by fast-food workers to raise the minimum wage were marching. Jessica J. Trevino /MCT/Landov hide caption 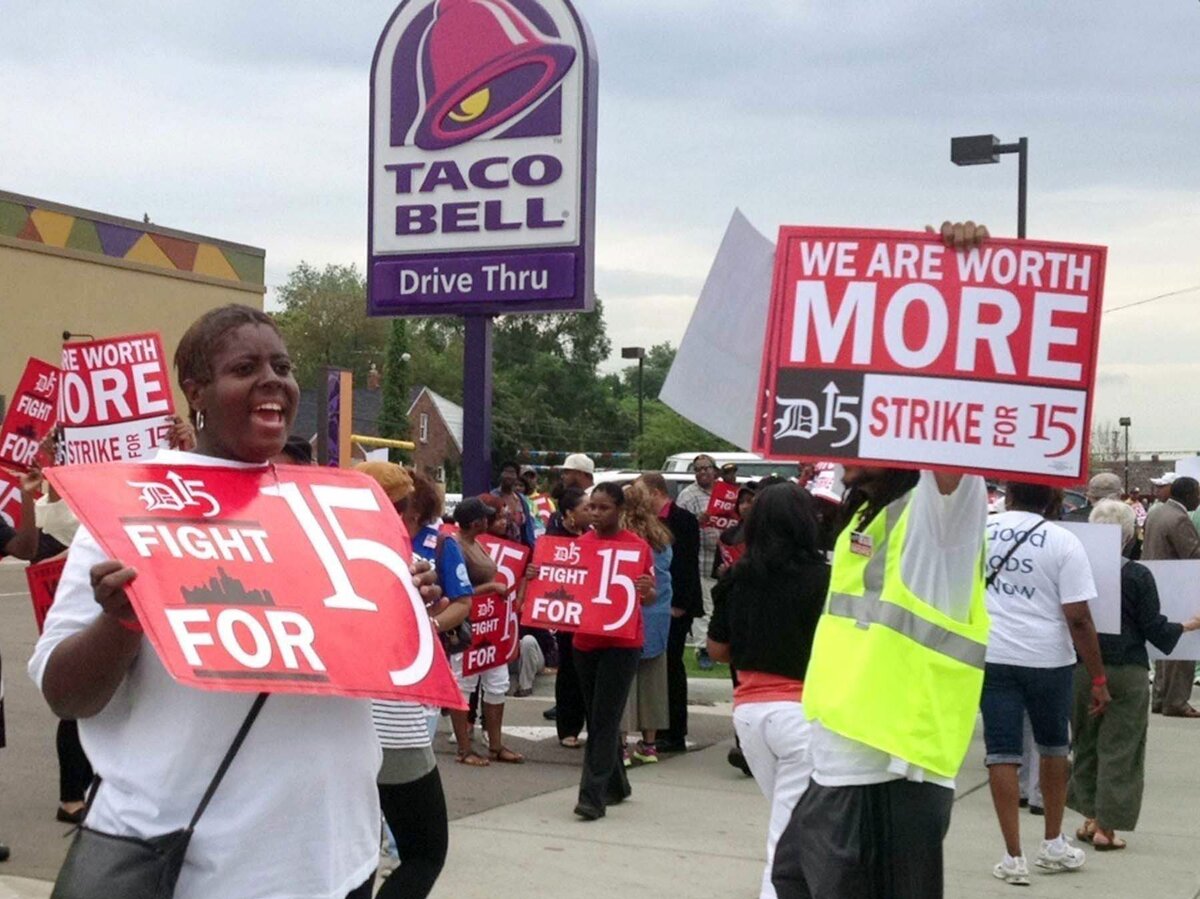 Outside a Taco Bell restaurant in Warren, Mich., early Thursday, supporters of the push by fast-food workers to raise the minimum wage were marching.

Organizers say workers at fast-food restaurants in cities across the nation will walk off their jobs Thursday in what's expected to be the largest such strike so far, The Associated Press writes.

As the wire service adds:

"Thursday's planned walkouts follow a series of strikes that began last November in New York City, then spread to cities including Chicago, Detroit and Seattle. Workers say they want $15 an hour, which would be about $31,000 a year for full-time employees. That's more than double the federal minimum wage, which many fast food workers make, of $7.25 an hour, or $15,000 a year."

According to Reuters, "employees of McDonald's Corp, Wendy's Restaurants LLC, Burger King Worldwide Inc and others have pledged to walk off their jobs in 50 cities from Boston, Mass., to Alameda, Calif., organizers say. They are expected to be joined by retail employees at stores owned by Macy's Inc., Sears Holdings Corp. and Dollar Tree Inc. in some cities."

Thursday on Morning Edition and on The Salt blog, NPR's Jennifer Ludden reported about the struggle that many restaurant workers have to put food on their own tables.

Saru Jayaraman, co-founder and co-director of the worker advocacy group the Restaurant Opportunities Center, tells NPR that the cost of child care alone can eat up one-third of some restaurant workers' incomes. She supports a bill to raise the minimum wage to just over $10.

But as Jennifer adds, "industry officials say a sharp increase in the minimum wage would kill jobs" by forcing some employers to cut positions.

The Associated Press writes that "in New York, about 300 to 400 protesters marched and flooded inside a McDonald's near the Empire State Building. Shortly after the demonstration, however, the restaurant seemed to be operating normally and a few customers said they hadn't heard of the movement. The same was true at a McDonald's a few blocks away."