Accessibility links
Have Your Picture Taken With Hong Kong's (Smog-Free) Skyline : The Two-Way The Chinese city is trying something new to placate tourists disappointed by the curtain of smog that now envelops the classic skyline.

Have Your Picture Taken With Hong Kong's (Smog-Free) Skyline

Have Your Picture Taken With Hong Kong's (Smog-Free) Skyline 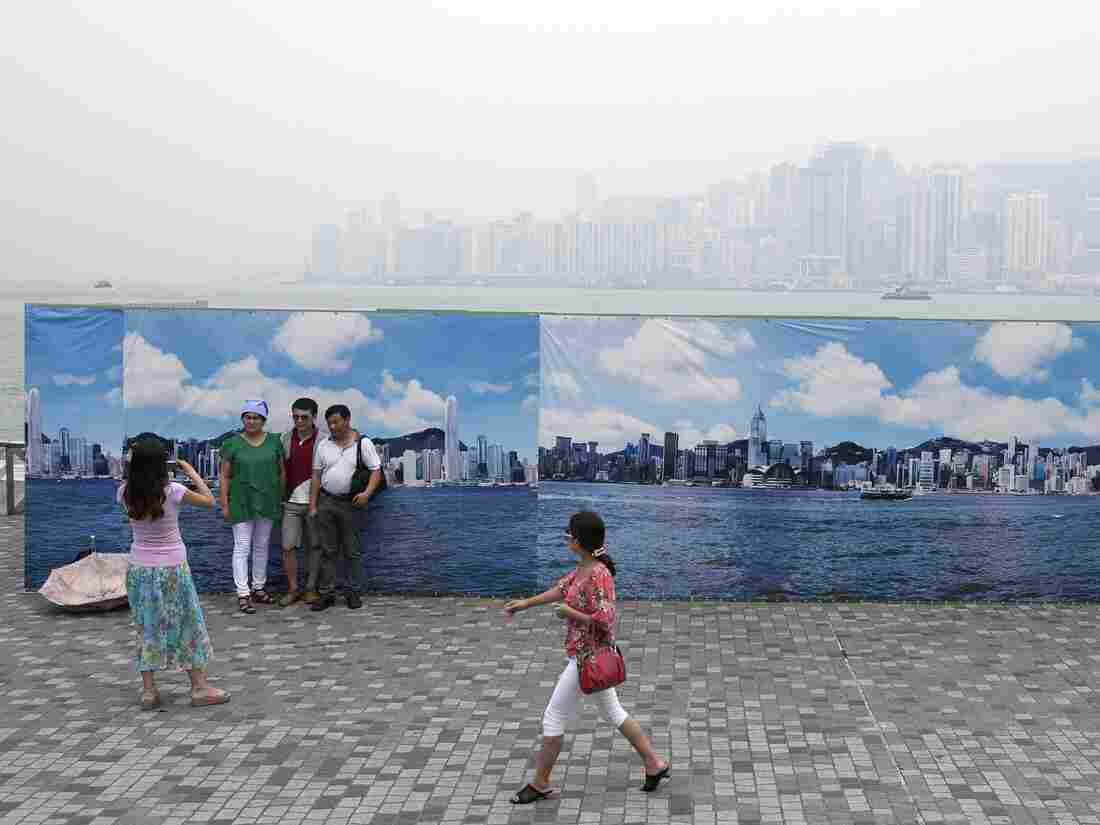 Tourists from mainland China take photos in front of a large outdoor banner showing what Hong Kong looks like on a clean air day, in Hong Kong on Aug. 21. Alex Hofford/EPA/Landov hide caption 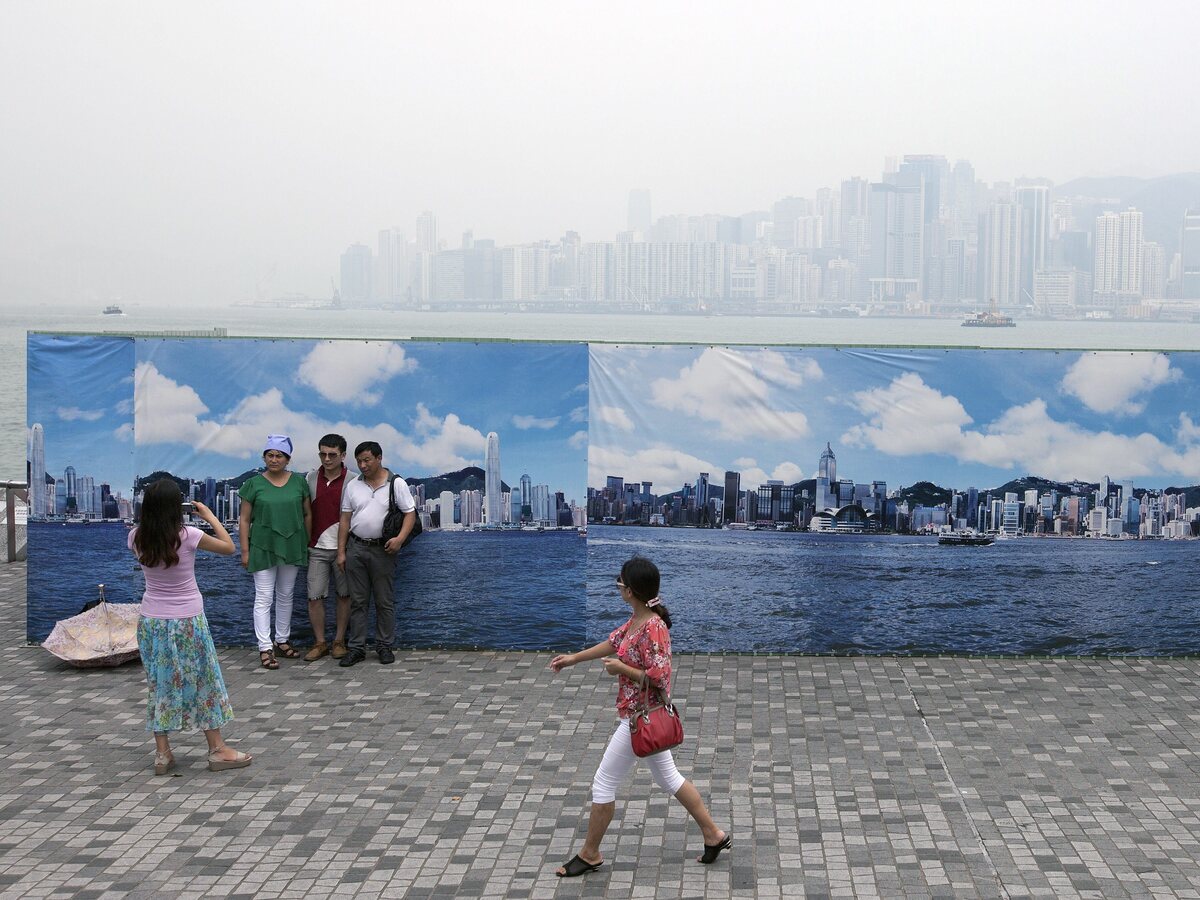 Tourists from mainland China take photos in front of a large outdoor banner showing what Hong Kong looks like on a clean air day, in Hong Kong on Aug. 21.

It's not news that Hong Kong, which brags one of the world's most stunning skylines, has been gradually losing it behind a curtain of smog.

But the Chinese territory's latest solution is new: To placate camera-clicking tourists unable to get those iconic shots of the skyscraper-studded waterfront, Hong Kong has set up a panoramic backdrop with clear, blue skies.

The Chinese website Netease published a series of pictures of tourists posing in front of the backdrop.

The novel solution appears after China's "Airpocalypse" in January and highlights, as the International Business Times points out, the "rapidly deteriorating air quality" in the country that has "stuck like smog on the minds of global travelers":

"Travel analysts at the UN World Tourism Organization have waxed poetic about the potential of China's burgeoning market for both domestic and international tourism. ... Yet, while most Chinese data points skew upward (more money, more buildings, more factories), the total number of foreign travelers (both business and leisure) and residents entering China declined by 5 percent from January to June when compared to last year's figures, according to numbers from the China National Tourism Administration quoted in state media."

Even so, the IBT quotes Larry Dwyer, president of the International Association for Tourism Economics, as saying pollution is likely only one of several factors contributing to a decline in tourism:

"It's easy to focus on one thing such as air pollution, but at the same time, the global economy is falling down, the yuan has been high, there is increased competition from Thailand or emerging destinations like India, and there has been some criticism of service quality."

On Thursday, The South China Morning Post says the air pollution index remained at a "very high level" for most parts of the city, with visibility in Central less than a mile in the morning hours.

"In the past year, [Hong Kong's] administration has put forward a number of more-aggressive policies to try to clean up the city's air, including a proposed 10 billion Hong Kong dollar ($1.3 billion) plan to eliminate old commercial diesel trucks—a major contributor to the city's poor air quality—as well as tighter measures to ensure emissions from the city's taxis are better measured and controlled."