Accessibility links
Are We Martians? Scientist Says We Just Might Be : The Two-Way Mars had more of the key minerals needed to get life going, a researcher says. He theorizes that some of the rocks that have traveled from the Red Planet to Earth had those elements and gave life here a kick start.

Are We Martians? Scientist Says We Just Might Be

Are We Martians? Scientist Says We Just Might Be 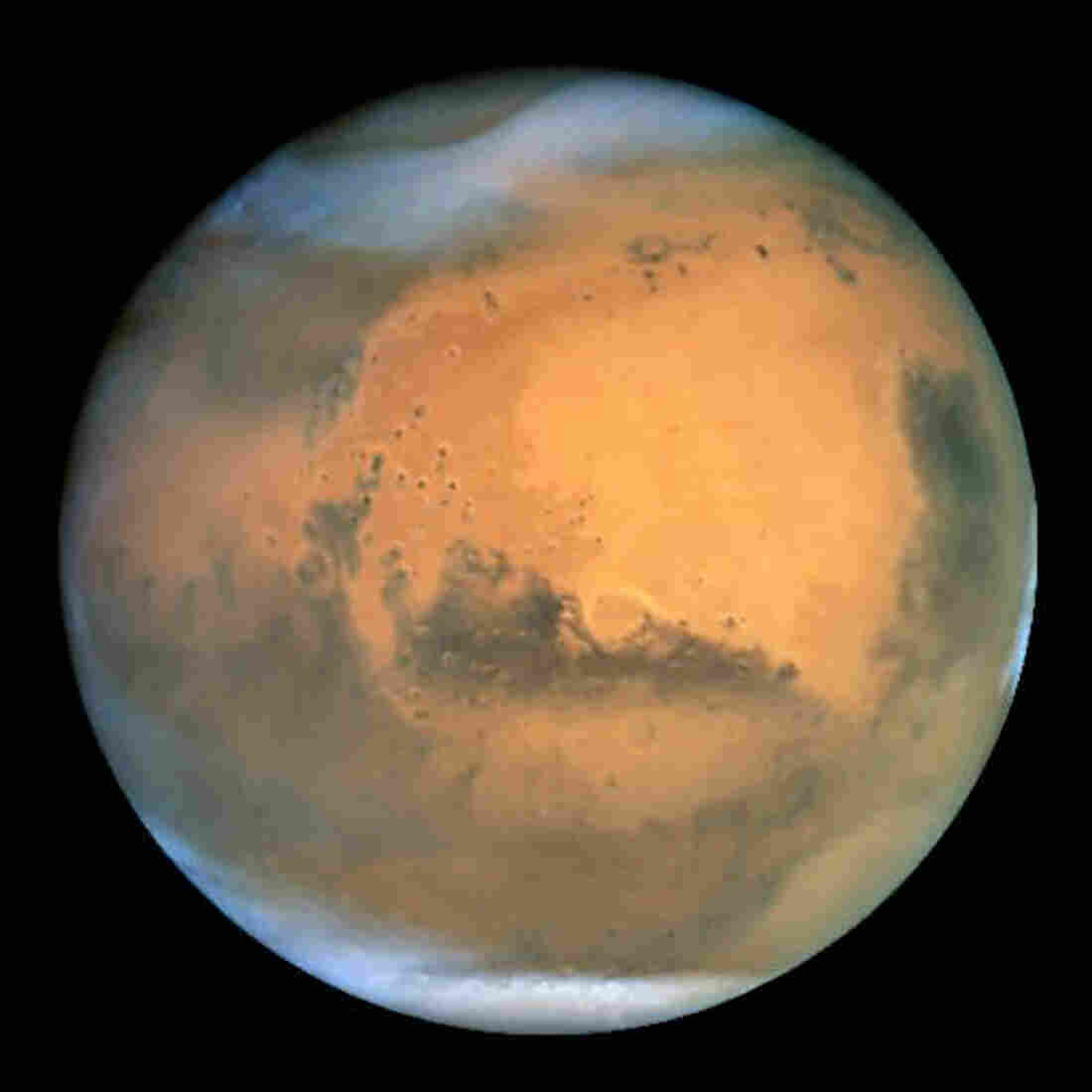 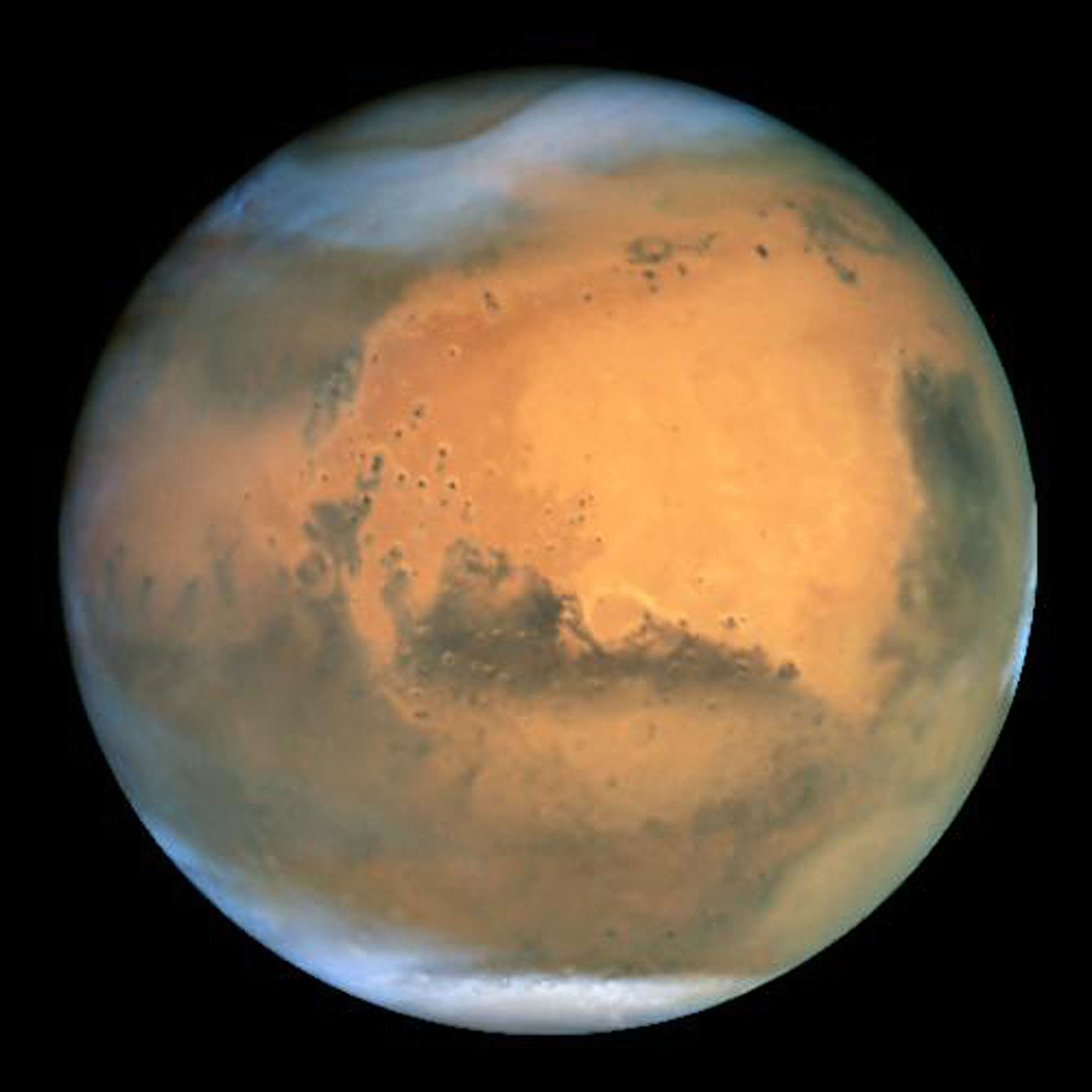 As Adam Frank has said over on the 13.7 blog, "Earth and Mars have been swapping spit (astrobiologically speaking) for eons ... [and] it is entirely possible we were Earth's first alien invasion."

Thursday at a conference in Italy, chemist Steven Benner from the Westheimer Institute of Science and Technology in Gainesville, Fla., offered what he believes is evidence that in fact, "we are actually all Martians; that life started on Mars and came to Earth on a rock."

There's an abstract describing his research posted here. The BBC sums up the key points this way:

"Scientists have long wondered how atoms first came together to make up the three crucial molecular components of living organisms: RNA, DNA and proteins. ...

"Simply adding energy such as heat or light to the more basic organic molecules in the 'soup' does not generate RNA. Instead, it generates tar. RNA needs to be coaxed into shape by 'templating' atoms at the crystalline surfaces of minerals.

"The minerals most effective at templating RNA would have dissolved in the oceans of the early Earth, but would have been more abundant on Mars, according to Prof Benner.

"This could suggest that life started on the Red Planet before being transported to Earth on meteorites, argues Benner."

Benner, Space.com adds, thinks it's "lucky that we ended up here nevertheless, as certainly Earth has been the better of the two planets for sustaining life."

By the way, just how do Earth and Mars swap spit, as Adam puts it?

Back in March on Science Friday, Arizona State University cosmochemist Meenakshi Wadhwa was asked how rocks would get from there to here. "Large impacts ... are hitting Mars ... certainly in the past," she said. "And so there was a large impact on Mars sometime in the past and it ejected these pieces from Mars," which made their way through space to Earth.

What's more, she said, there could be pieces of other planets here on Earth.

So maybe we have a little Venusian in us too?