Accessibility links
Oberlin Students Behind 'Hate Postings' Say They Were Joking : The Two-Way For several weeks, racist, homophobic and anti-religious posters were put up around the campus. A student also thought she saw a person dressed in a Ku Klux Klan robe and hood. The school closed for a day of "solidarity." The students behind the incidents aren't going to be prosecuted.

Oberlin Students Behind 'Hate Postings' Say They Were Joking

Oberlin Students Behind 'Hate Postings' Say They Were Joking 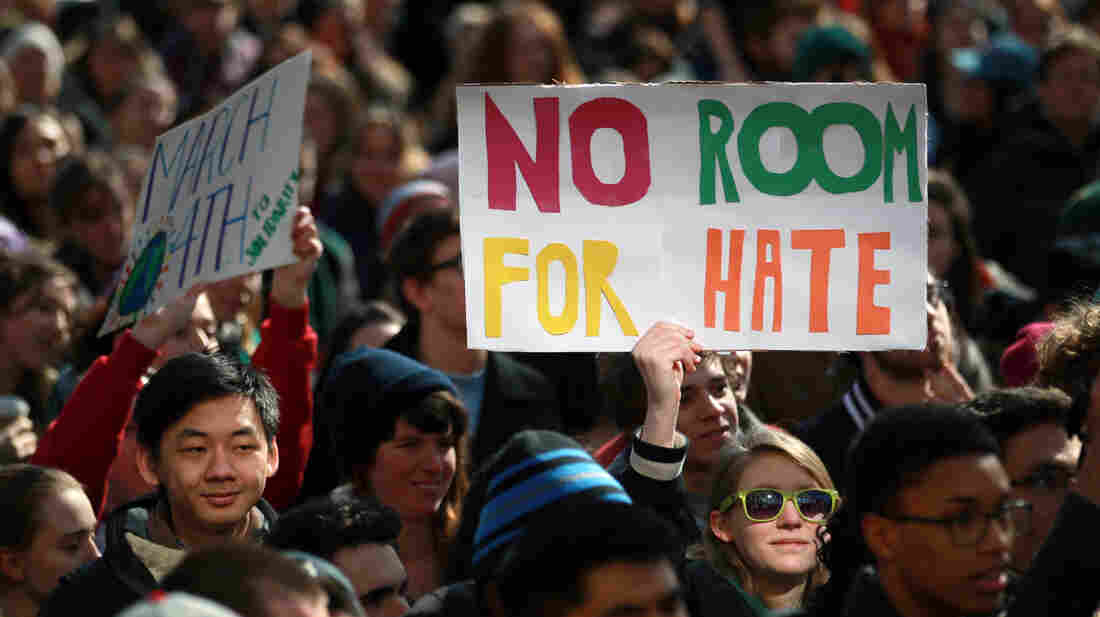 More than 1,000 people turned out on March 4 for a Demonstration of Solidarity at Oberlin College. Classes were cancelled after a string of what appeared to be racist incidents on campus. Gus Chan/The Plain Dealer/Landov hide caption 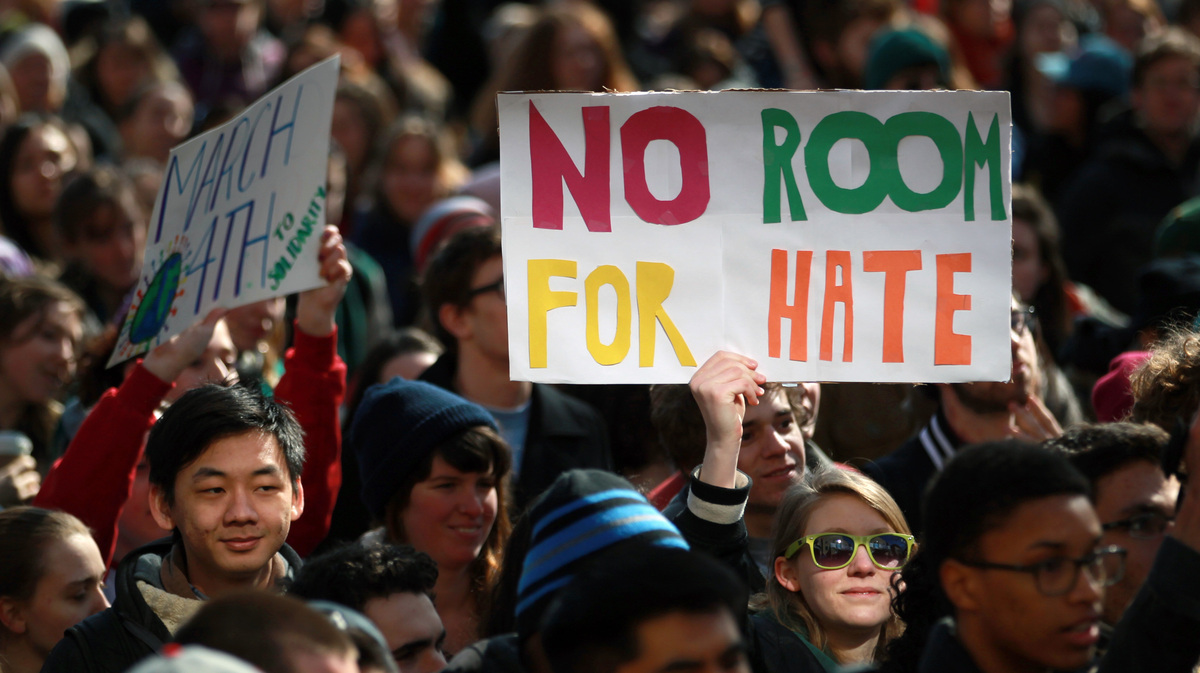 More than 1,000 people turned out on March 4 for a Demonstration of Solidarity at Oberlin College. Classes were cancelled after a string of what appeared to be racist incidents on campus.

An update on a story we posted about back in March:

Two Oberlin College students who are said to have been responsible for a series of "hate-related incidents" that went on for weeks earlier this year at the northern Ohio school are not going to face criminal charges.

Police say one of the accused claimed their actions were "a joke to see the college overreact." Authorities are not identifying the students because they are not being charged with any crimes.

The local Chronicle-Telegram writes that after "a slew of racist, homophobic and anti-religious posters and fliers" were posted around the school, a climax of sorts was reached on March 4 when a student reported "seeing a person dressed in the white hood and robes of a Ku Klux Klan member near the college's Afrikan Heritage House."

The newspaper adds that:

"Oberlin police Lt. Mike McCloskey said that day that police were unable to find anyone clad in KKK garb, but they did find a person walking across campus wrapped in a blanket. He said Friday 'there was no credible evidence' that someone dressed as Klansman was walking through campus. ... 'We attribute it to the person in the blanket,' McCloskey said."

As we reported, the school's response to the incidents included canceling classes for a "day of solidarity."

According to the Chronicle-Telegram, "Lorain County Prosecutor Dennis Will concluded that the actions of the two students didn't rise to the level of a criminal violation."

The university says regardless of whether the individuals thought they were pulling off some sort of joke, "these actions were real. The fear and disruption they caused in our community were real. ... We will not tolerate acts of hatred and threats of violence regardless of motivation. We are proud of the way our community came together to respond to these incidents with education, discussion, and reflection."

As we noted in March, "you can read a timeline of the incidents at The Oberlin Review, which has compiled a list. A Warning: Some readers might find the language offensive."